A moi, mon X-Men! Gambit may not be the most traditional hero on the X-Men team, but he’s absolutely one of the best. He’s a master combatant and his powers are not to be trifled with. But his powers are a bit confusing aren’t they? Does he just throw cards?

No. Remy LeBeau can do much MUCH more, chere. Let’s explore the true kinetic potential of the Ragin’ Cajun. 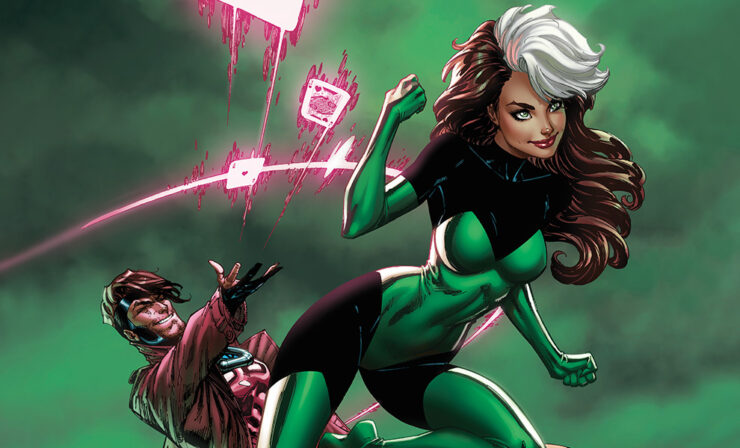 Remy LeBeau is an extremely powerful mutant with a unique and oddly scientific ability. He is able to take potential energy and transfer it into kinetic energy. That is to say, if an object has any energy stored inside of it, Gambit can make it go boom!

Of course, that’s only the simplistic way of understanding much more nuanced powers. It’s easier to understand Gambit when you consider that his powers extend beyond a deck of throwable playing cards, though that is his signature style- cards are smaller and easier to charge, plus they play into his swaggering thief aesthetic.

Potential and kinetic energy are two important concepts in physics and motion- potential energy is stored within an inert object, built by its placement, arrangement of parts, or the general circumstances stressing the object. Kinetic energy comes from the movement of an object, and there are many kinds of movement. This includes straightforward motion like throwing or falling, but also includes vibration and rotation.

Gambit‘s mutant ability turns that rest energy into movement, and given enough charge, the sudden shift to momentous velocity can make even simple objects turn into deadly, hyper-charged projectiles. The larger an object is, the longer it takes for him to charge it, but it’s not impossible for him to move (figurative) mountains with his powers.

Of course, he often prefers making his attacks a bit more bombastic. Gambit loves the flare! What we’re really saying is… his cards usually explode due to the degree to which he charges them. In fact that’s his preferred method of using his powers. Building up energy on small objects and releasing a massive explosion.He can also set a delayed charge to give himself a lag time to set the detonation on an object, or even push something in motion even further by accelerating its kinetic energy output. 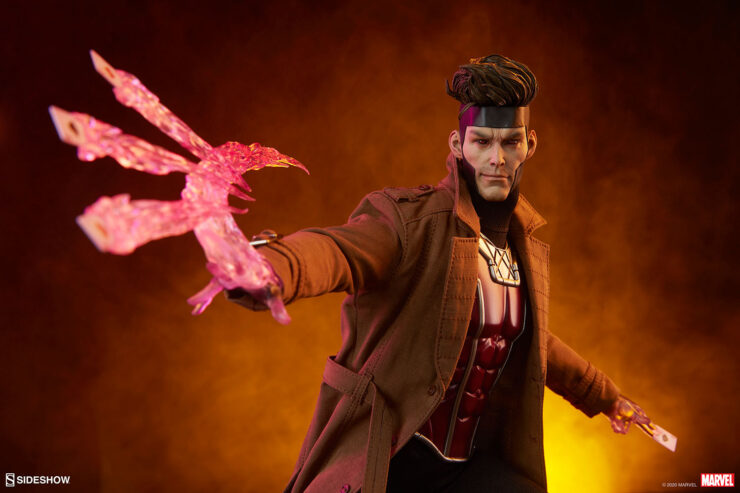 His powers don’t seem to end there. Thought it might require a little wordplay, Gambit is able to manipulate other types of potential. His unusually hypnotic charm grants him the ability to exert influence over others. In fact, it’s said that his charm is so overwhelmingly powerful, that he could even charm the Shadow King.

He has the ability to manipulate the potential energy of more than just objects. He is able to manipulate the energy of a person’s actions. He can change their resting potential into kinetic action, or halt their kinetic energy and stop their body’s movements. Make them act in a way that aligns with his goals. And though it may be easy to chalk it up to his charming swagger, it seems that Gambit can change the physics of nearly anything around him.

Everything that we see Gambit do in on the page is really only a small fraction of his true power. It was revealed in the X-Men comics that Gambit was truly afraid that he wouldn’t be able to control his powers. So Gambit went to long time X-Men villain Mr. Sinister, a master genetic manipulator named Nathaniel Essex, and asked the man to shut down a section of his brain that held a major portion of his power. It set a mental barrier that prevented Gambit from truly using his abilities to their fullest potential. 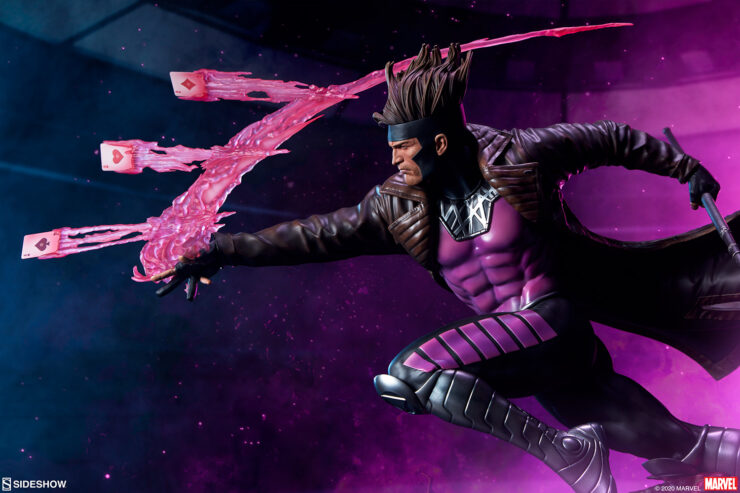 When those abilities are unlocked, Gambit can manipulate much more than just potential energy or emotions. Gambit can change the potential of anything at all, down to its very molecules. He can change the potential of reality itself, by changing the kinetic flow of the structure of reality. He can manipulate potential energy and make into infrared or microwave energy. He can defy gravity. He can makes things immovable, or even halt unstoppable objects. His powers truly know few limits within the scope of energy manipulation.

But Gambit doesn’t want a life of power. He doesn’t want to live life on such a cosmic scale. He’s a bit more down to Earth, and much happier at home with Rogue eating a bit of home-cooked Étouffée. If anything, Gambit’s real power is a love for humanity (on top of winning their cash in a game of poker, of course.)

What’s your favorite Gambit moment in Marvel Comics? Let us know in the comments, and don’t forget to Let Your Geek Sideshow!

If you’re looking to add some explosive energy to your shelf, why not browse Sideshow’s X-Men Collection?