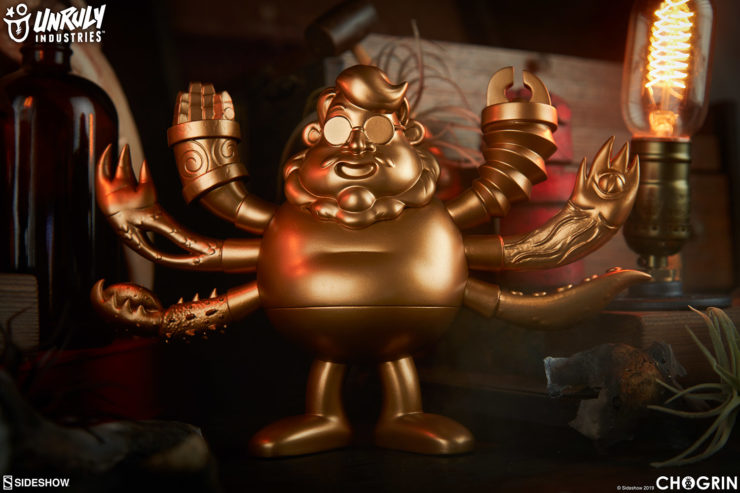 Collectors and geeks worldwide adore Guillermo del Toro’s movies and movie monsters. Even Unruly Industries™ has the Guru del Toro: Maestro of Monsters Designer Collectible Toy by artist Chogrin that pays homage to his many creative works, as he has had a hand (or claw) in the creation of many of our favorite fictional worlds and creatures.

While we love each and every Guillermo Del Toro movie monster, let’s take a look at some of our favorites: 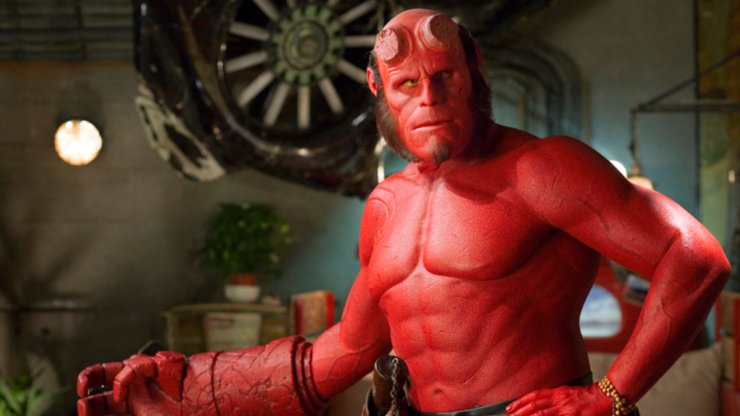 During World War II, when the Nazis used all available means to defeat the Allies, they toyed with powers much greater than themselves. They opened a portal to another dimension with the hopes of using its powers to their will. Instead, the Allies defeated the Nazis, and found a small young demon with a fist of stone. They dubbed him Hellboy.

Hellboy grew older and worked as a part of a secret government agency called the Bureau for Paranormal Research and Defense to fight back against supernatural threats. He is a supernatural threat himself, and while his words are harsh, it’s his fist that really packs a punch. 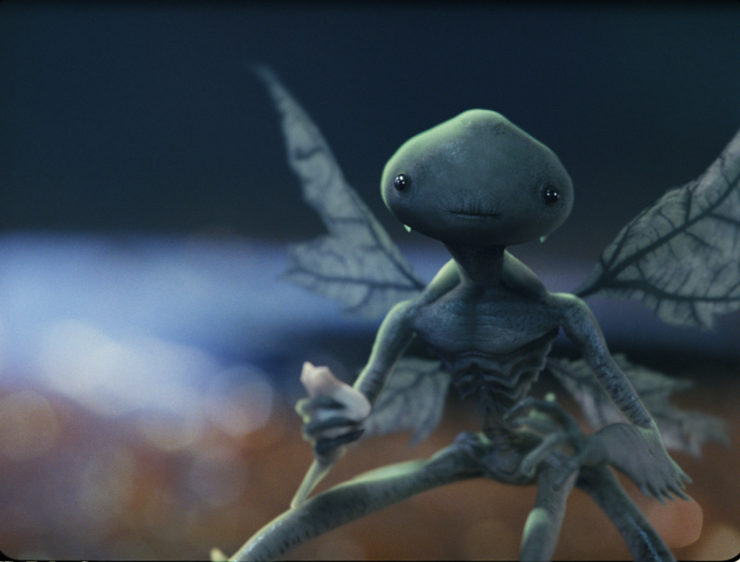 These minuscule creatures, indigenous to the Black Forest in Germany, look deceptively harmless, but in actuality they are anything but harmless. They were dubbed tooth fairies because their primary desire is to eat pure calcium. That’s right, they want to eat your teeth.

When they attack, they attack in swarms. It’s like a terrifying flutter of dentists who also want to kill you. This is a wonderful twist on a classically innocent creature that only Guillermo Del Toro could bring to life in such an exciting way through the world of Hellboy. 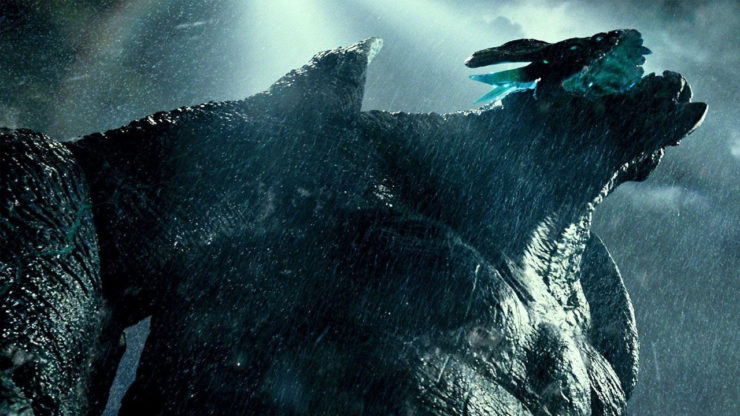 Guillermo Del Toro wrote a love letter to Godzilla and all Kaiju films in his hit film Pacific Rim. These impossibly large monsters erupt from the ocean and wreak havoc on the world, and the only way to combat them is through equally massive tech-suits that require a team of experts to pilot.

Giant monsters AND giant robots make for an incredible movie, but what’s more is that each one had a unique design and name. From Knifehead to Leatherback, each of the Kaiju in Pacific Rim shows Del Toro’s dedication to monsters that evoke fear and awe all at once. 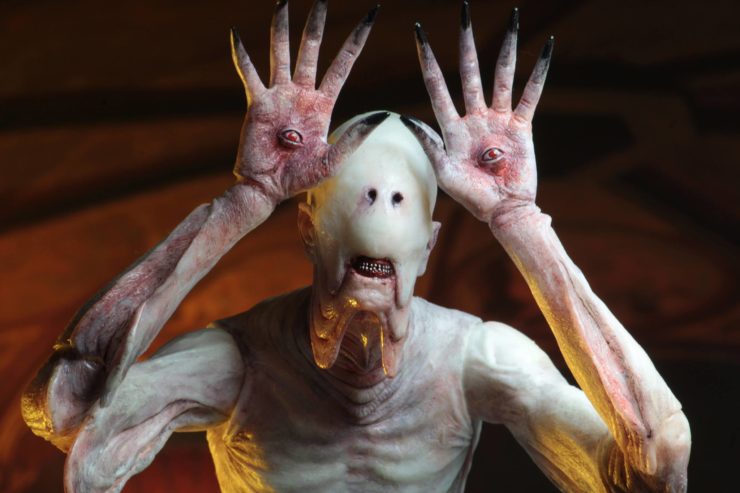 The Pale Man slumbers at a long and ornate dining table. Atop the table is a feast fit for kings, though meant for children. In a time where many children were hungry, the Pale Man would offer them all the food they could desire. It only plumped them up for his greatest desire: to eat the children themselves.

His eyes are not on his head, but rather on his plate, ready to be placed into his palms. His elastic, saggy skin gives him a horrific appearance, and the eyes on his hands, with their sharp claws, truly make him a terribly wonderful monster. Watching him devouring helpful fairies sends chills down the spine. 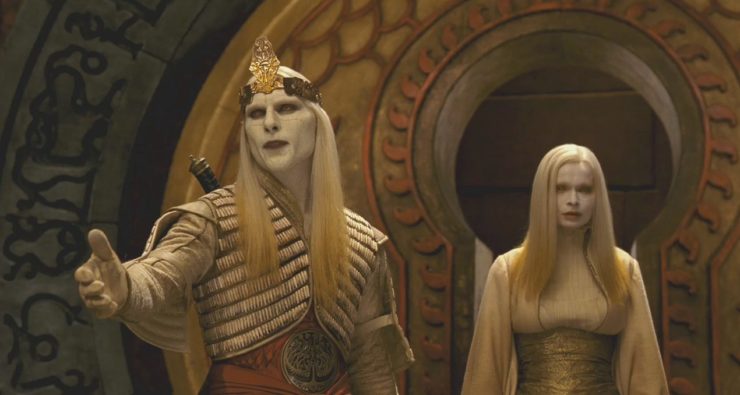 Not all of Guillermo Del Toro’s monsters are ugly. In fact, some of them are quite striking. The Elves are the first race of Earth. They once lived alongside humans, and even worked with them. It is hard to know how long they have been on earth, for they seem to live an impossibly long time. They are not immortal, however, and they do age over time.

The Elves have skin as pale as chalk or marble. Their hair is white and gold, and their eyes are deep and rich. They have an innate connection with Earth itself, and seem to be able to influence its elements naturally. Their magics are strong and with their long lifespans, their power is great. When they die, they turn to stone and return to the earth. It is a powerful and beautiful cycle. 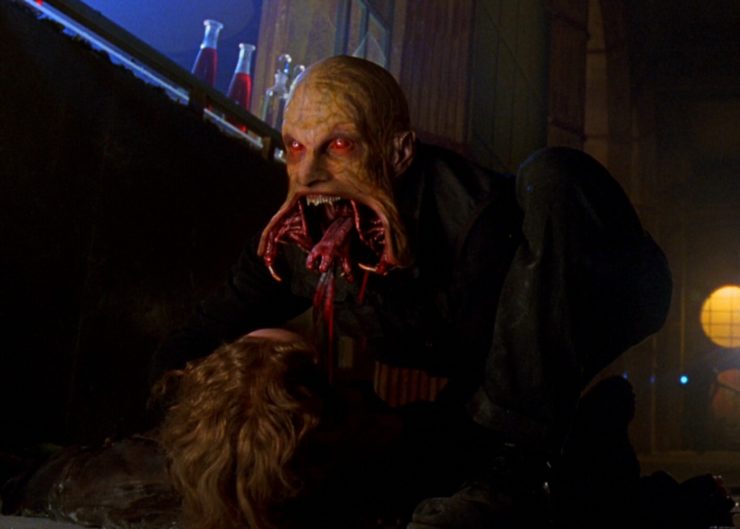 In Blade II, Reapers roam about. They are genetically modified vampires. These reapers don’t drink human blood, though- they drink the blood of other vampires. The reaper must feed more frequently, and it seems that they are in a constant state of addiction.

Reapers have superhuman strength and they can withstand an extraordinary amount of damage. They have no problems with aversion to garlic or silver like other vampires.

And finally, Reapers have terrifying jaws that split open and allow for their monstrous tongues to emerge from their face to infect or kill their prey. That might be their most recognizable trait. 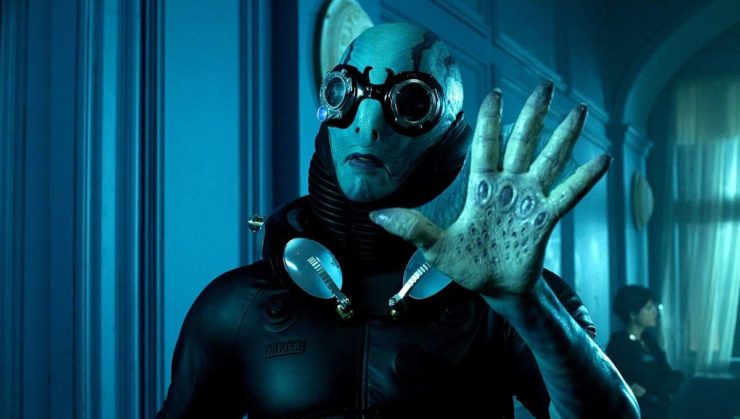 Abe Sapien is also from the world of Hellboy. He works alongside the eponymous demon to deal with supernatural matters in the world. He is a mysterious creature, and seeks the truth of his own background just as we do. He seemed to “remember” English when he woke up, as opposed to learning it, so it’s unclear whether he had a life before, or if he was created.

He can breathe underwater and swim at incredible speeds. Moreover, he has the ability to use telepathy. Accordingly, he’s an incredibly empathetic person. If that’s not enough, it appears that he is functionally immortal, as he’s over 200 years old. 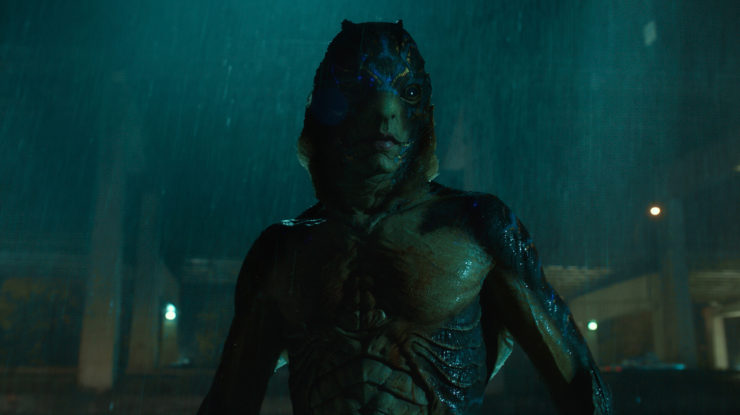 The Asset is an amphibious humanoid creature from the Amazon River. The creature was captured and held against its will in a secret government facility. The creature can live and breathe underwater and appears to have gills. In the novelization of the film, which del Toro helped to write, the amphibian man is called Deus Branquia, stolen from the rivers of the Amazon jungle.

This mysterious monster also has the ability to heal with the touch of its finger. And with the same finger it can slash your throat and kill you with ease. It is a hungry creature, as any creature would be, even eating a cat at one point. Not much is known of this creature, but it is known to feel, as Elisa Esposito teaches it sign language, empathy, and intimacy. 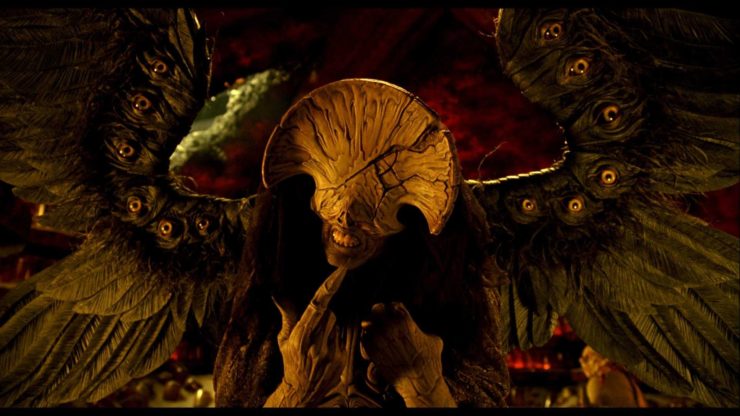 The Angel of Death, from Hellboy, is a rather unique creature. It does not appear to be Death himself, but rather the physical personification of Hellboy’s death specifically. The Demon has always waited at the crossroads of Hellboy’s death.

This terrifying creature has a semicircle bone plate spread across most of his face. His eyes do not rest on his head, but rather on his wings. Spreading his wings allows him a clearer view of what’s in front of him. It allows him to see Hellboy himself more clearly. 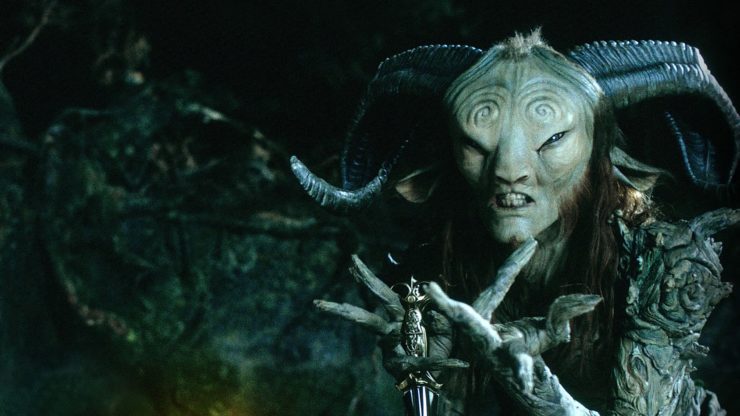 The Faun is an interesting creature hidden in a deep labyrinth. The Faun is only visible to a select few, and so to others, you may appear mad for noticing him. But he is real, and so is his labyrinth. He has quite a few fairy guides to help you on your quest to his lair.

The Faun is unique, in a way, in that it is an independent being, but it is not good nor evil. It simply is, the way that nature is. Nature may not please you, and a storm might be inconvenient, but it does not have any intent behind its actions. It simply is. He is simply a witness and a shepherd.

Which is your favorite Guillermo Del Toro movie monster? Let us know in the comments, and don’t forget to Let Your Geek Sideshow!