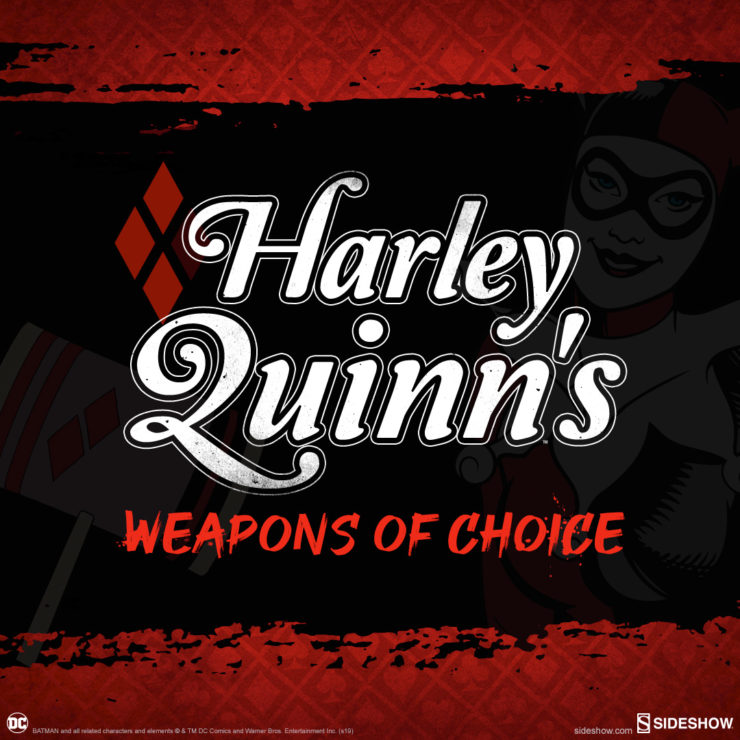 Harley Quinn is more than just a sidekick to the Clown Prince of Crime. She’s a queen of chaos, with a grab bag of exciting accessories to help her pull off any heist, scheme, or hair-brained plan, whether she’s teamed with The Joker or her best pal Poison Ivy.

Here are a few of Harley’s favorites tools of the trade. 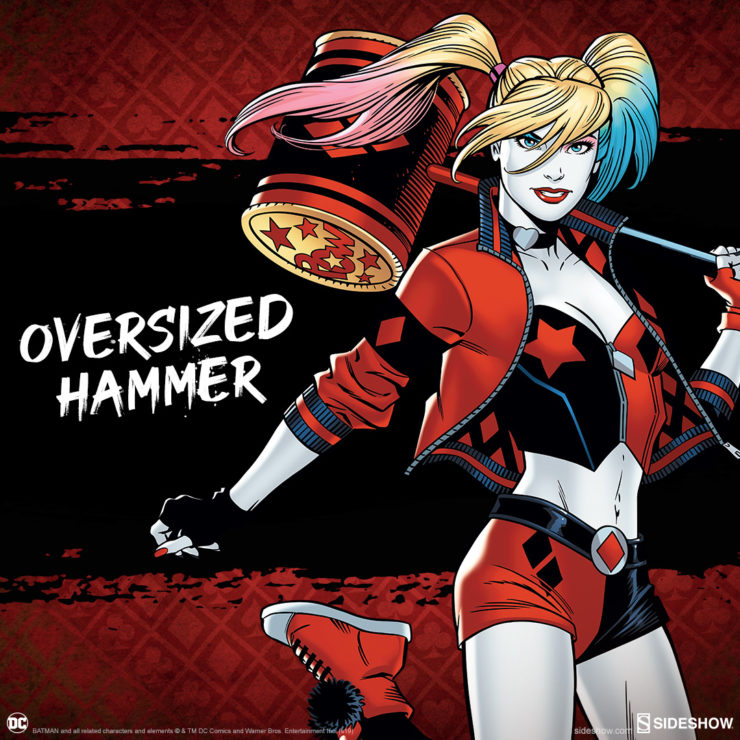 Harley rarely leaves home without her oversized hammer. Just like The Joker, she loves a good carnival gag, and a lot of her accessories are focused around carnival themes. She’s taken the classic hammer from the “Ring the Bell” game, and made it into a viable weapon.

Harley Quinn is more than happy to test her strength against your skull- She’s even knocked out Lil’ Ol’ Batsy with it! 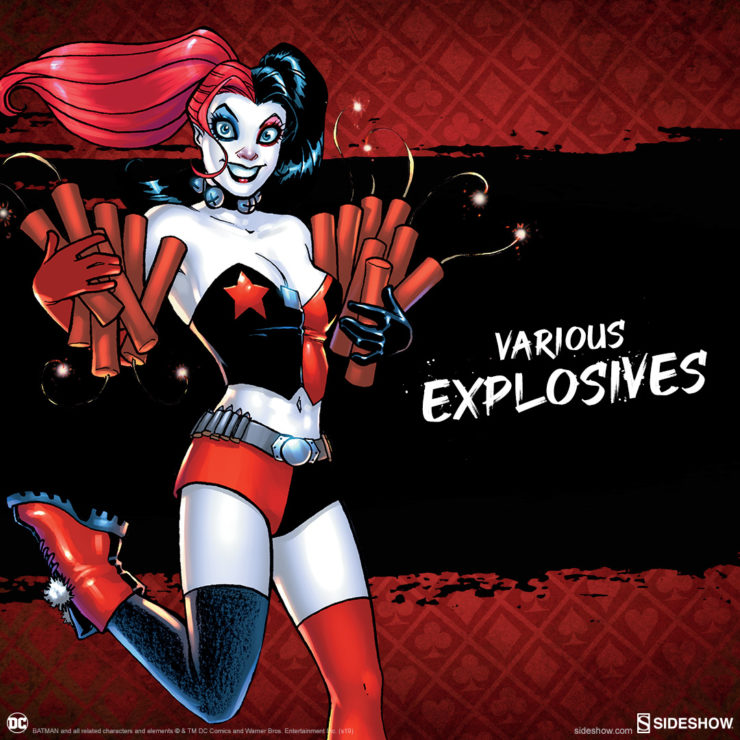 Let’s not forget Harley’s explosive personality—one second everything’s fine, the next she’s blowing up in your face!

It seems like most villains in Gotham are particularly well versed in bomb-making, but Harley just adds such a flare! 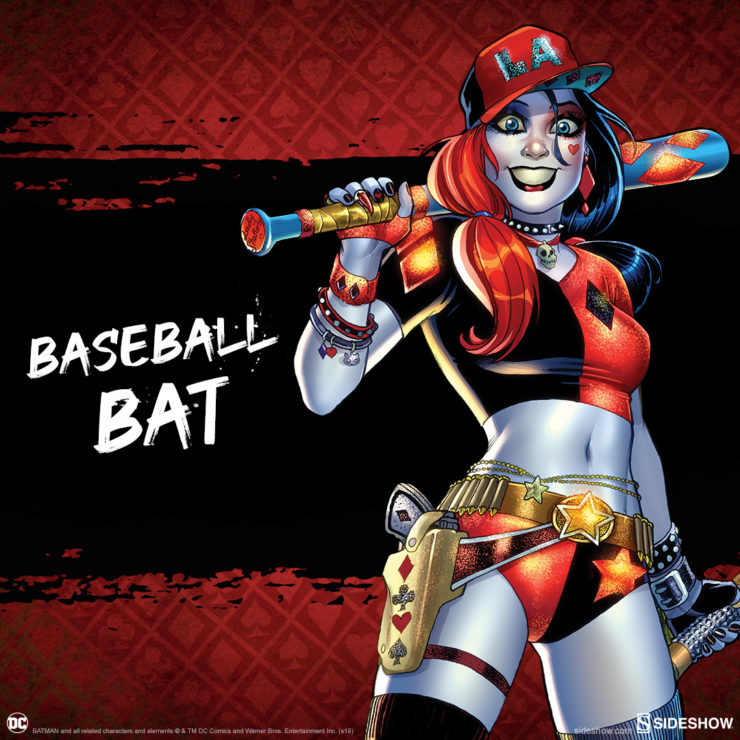 She’s a hard hitter, and if you get her angry, she’ll come a’swingin’. 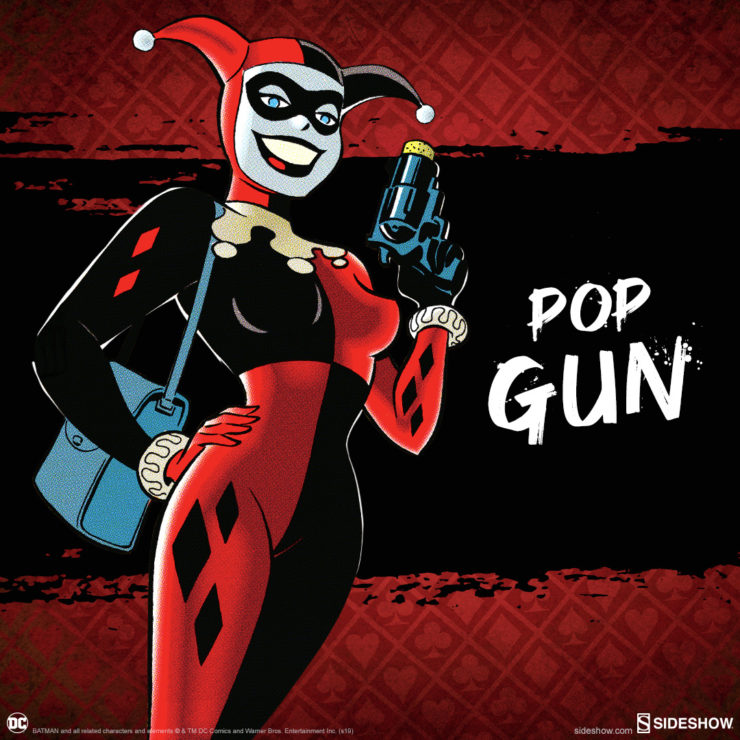 Both The Joker and Harley Quinn have a signature pop gun, just for laughs! But Harley is a tricky one- sometimes her pop gun shoots out more than just a quick joke.

She’s fashioned her pop gun into a real gun, a prank gun, confetti gun, and more! 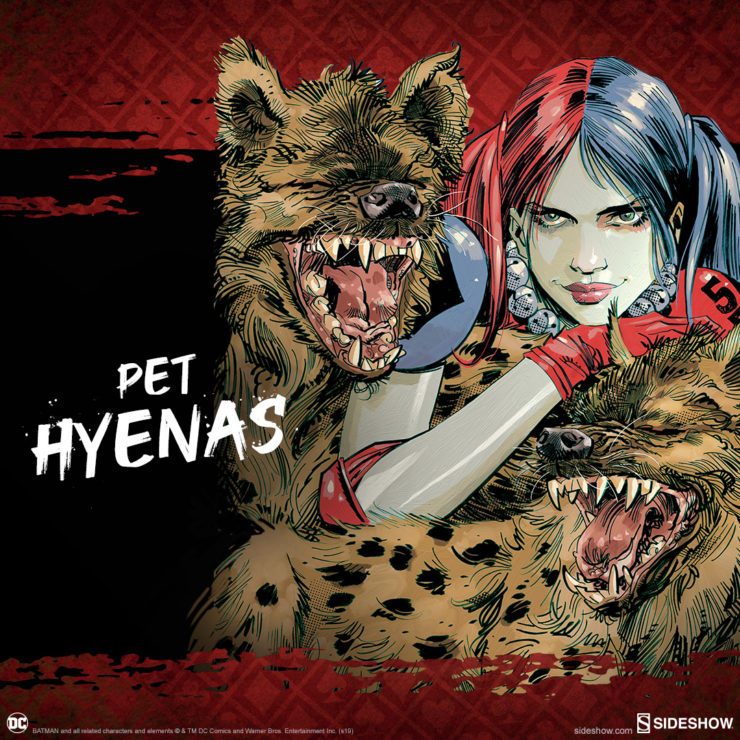 Last but not least, let’s not forget her hysterical pet hyenas. These sweet little babies listen to Harley’s every command, and you don’t want to end up on the wrong end of those smiling fangs.

Boy, do these hangry hyenas get a good laugh!

What’s your favorite Harley Quinn weapon? Let us know in the comments, and don’t forget to Let your Geek Sideshow!

If you need a good laugh, add these Harley Quinn collectibles to your DC Comics collection! 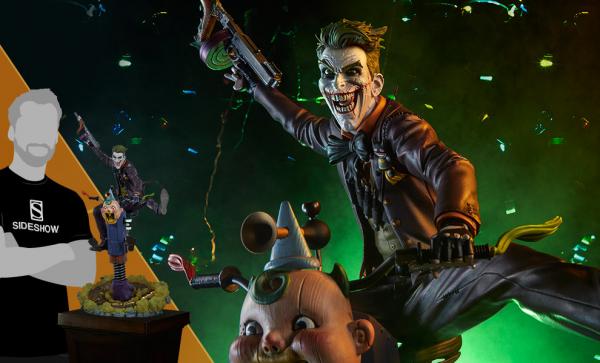 Bring the Comedy to Your Collection Today with the Gabriel "Fluffy" Iglesias Designer Toy from Unruly Industries!