Heavy Metal Heroine- Who is Taarna?

The Heavy Metal animated film has become a cult classic since its debut in the early 80’s, featuring a series of connecting stories set in far-off science-fiction worlds, with plenty of rock, nudity, violence, and action as was customary of the brand.  The film was animated by several different production houses each working on different segments of the anthology film, which adapted different stories from Heavy Metal Magazine. 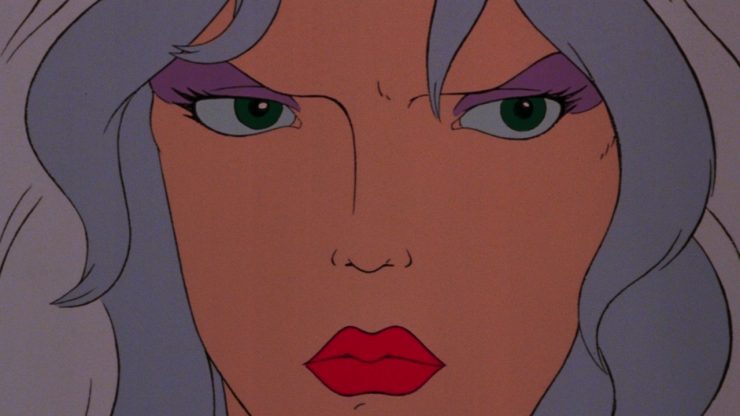 The final segment of the film features Taarna, a silent protagonist who makes the ultimate sacrifice in the fight against the evil Loc-Nar.  Now, Taarna will be available to collectors and fans of Heavy Metal as a Premium Format™ Figure.  But just who is this mysterious warrior woman?

Summoned to protect a village from murderous, mutated barbarians, Taarna is the last of a race of warriors called the Taarakians.  The elders called upon her, but she arrived too late to protect the doomed villagers.  After this, Taarna vows to avenge their deaths and destroy the source of their great evil. 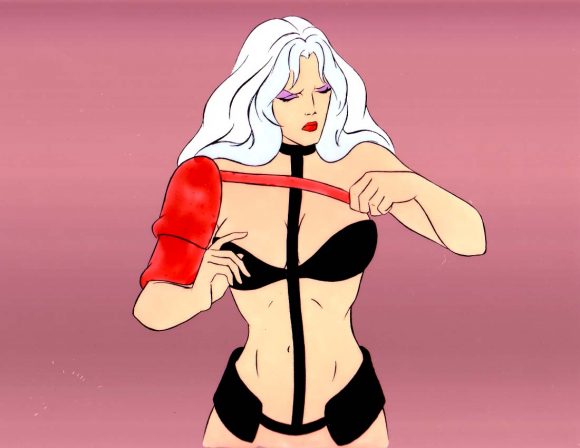 The character is silent throughout the film, only marked by her grim determination and wordless dedication to her cause.  She carries a golden sword that is capable of decapitating her foes, a tactic which she uses often in battle.

Taarna is famous for her striking look, from silvery hair to a revealing black costume, along with red armor and boots.  She bears the Taarakian mark tattooed on her neck.  Taarna also rides a flying mount that is similar to a pterodactyl. 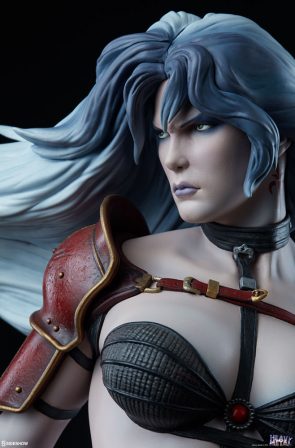 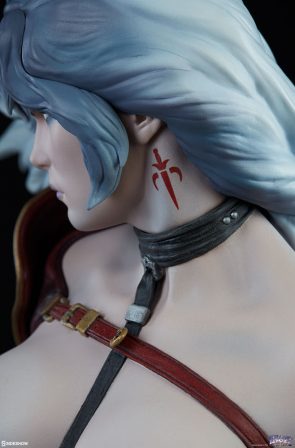 Over the course of her adventure, Taarna is captured by her enemies and tortured, but she eventually emerges triumphant over the mutants. After defeating the barbarian warlord in combat, the warrior woman must face the evil Loc-Nar, a glowing orb that grows in power across the segments of the Heavy Metal film.  It taunts Taarna and tells her that it cannot be stopped, but unrelenting, she sacrifices herself and defeats it.

In the epilogue to Heavy Metal, it is revealed that her warrior spirit has been reincarnated in the form of a young girl, who rides off on her monstrous mount, revealing the Taarakian mark on her neck.

The Taarna Premium Format™ Figure is available for Pre-Order now.  Summon the Taarakian warrior and add some Heavy Metal style to your collection today!