Armed to the teeth with guns, puns, and things that go boom, our fully articulated Deadpool Sixth Scale Figure is ready to break through any obstacle – especially the proverbial fourth wall. 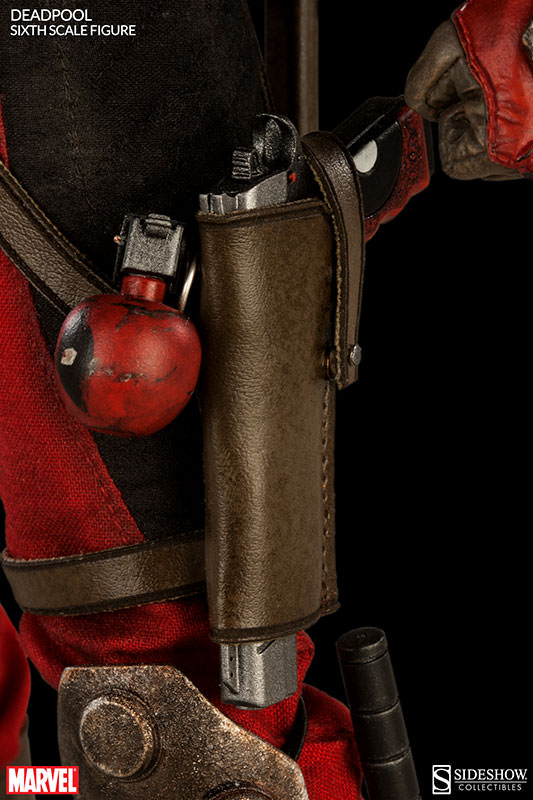 Famous for his over-the-top personality, Marvel’s Merc with a Mouth can fully express himself with multiple swap-out hand gestures and plug-in word bubble accessories, customizable with explicit thoughts and witty words. All we have to say is, “You’re welcome, mankind.”

The Sideshow Exclusive version of Deadpool Sixth Scale Figure will also include a flying zombie head.* No, really… Check it out: 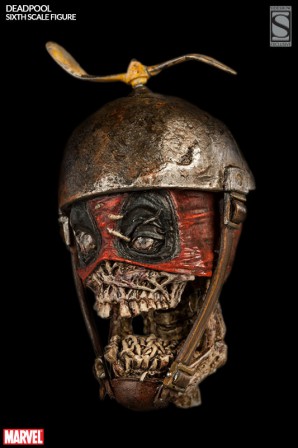 The regular and Exclusive versions of the Deadpool Sixth Scale Figure will be priced at $229.99, with optional payment plans available. Pre-orders begin this Thursday, September 25th.