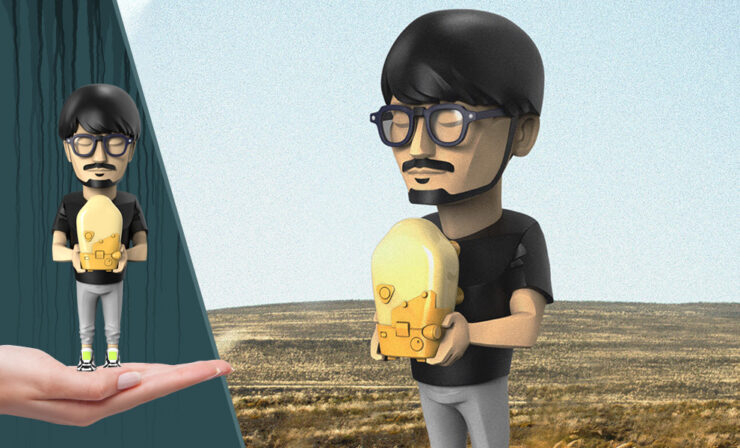 Hideo Kojima’s games are utterly iconic. You can recognize his fingerprints in nearly every aspect of a game, from the intricate webs of relationships explained through dialogue to his classic cinematic experiences. You can almost guarantee a subversion of your expectations, whether it be a massive plot twist in the story or even a change that’s portrayed through the gameplay.

Kojima’s games have pushed the entire industry further, revolutionizing gameplay in a multitude of ways. His stories tend to focus around a virus, constantly delving into the heartbreak of lies within systems, betrayal from those closest to you, and the dystopian futures that are guaranteed by those lies. And while Kojima games are heavily story-focused, this article actually has no spoilers for any of his games. In fact, the article will focus less on Kojima’s stories but rather the technological advancements and groundbreaking mechanics that the game designer has introduced into the world of gaming through the years. 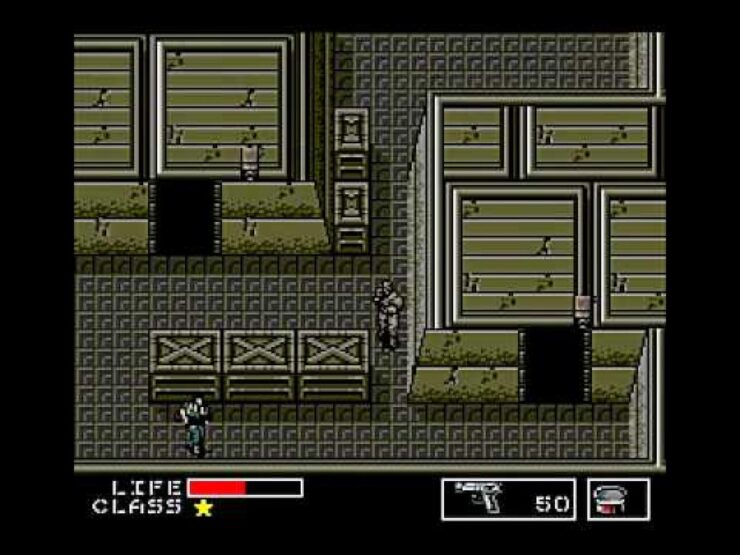 Kojima had always loved film. Like many video game artists and writers at the time, he hoped that the video game industry would be a pathway towards his dream of creating and directing films. He always had his longterm career in mind, so when he first decided to enter the video games industry, he looked for the company that he felt had the greatest potential to help him grow. He recognized that Konami was the first video game company on the Japanese stock exchange, even before Nintendo.

When he starting working at Konami in 1986, he was brought on as a “planner.” And while he had limited technical skills in programming or designing video games, he dedicated himself to his work. However, when he was given the opportunity to work on a military-style game that was struggling through development, Kojima innovated. He was working on a system called the MSX. This system had a variety of different constraints that other systems, like the Famicom, did not. It had a much more limited memory and color palette. There were only so many elements that could move at once, and so making a high-intensity action game was simply proving to be impossible. There were only so many soldiers that could run or weapons that could fire during smooth gameplay.

Instead of trying to make the impossible work, Kojima flipped the game on its head. Rather than have players act as an invasive military force gunning down endless guards littered through an opposing military facility, Kojima suggested that the players must escape instead. The goal wasn’t to run straight towards the gunfire, it was to sneak around and avoid the guards. That way, only a few guards at once would be moving or firing.

Kojima once said that the game always came before the word for the genre. When making the first Metal Gear game, they never called it a “Stealth Game,” they simply called it “hide-and-seek.” And yet time and time again, whether it was made from the necessity of innovation caused by technological constraints, or simply by the pursuit of novel concepts, Kojima created new genres. 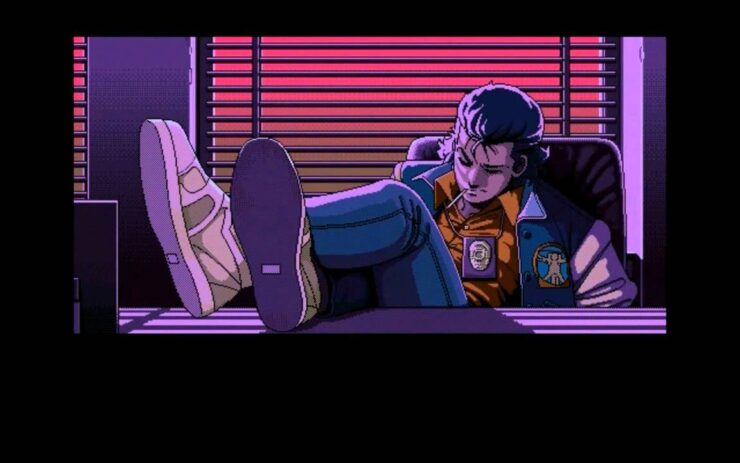 Following the wildly successful release of Metal Gear, Kojima worked on a brand new title called Snatcher. The game pulled heavily from his love of film, in art direction and genre. The game was one of Kojima’s first forays into cyberpunk, though it would certainly not be his last. When he first introduced the concept of cyberpunk to his coworkers at Konami, most of them had no idea what it meant. There was clear influence from Blade Runner, Akira, Terminator, and other sci-fi stories, but there was also influence from mystery films. It was a futuristic film-noir in video game form. Once again, a new genre in its own right.

Still, Kojima pushed the medium further. He created a unique style of gameplay that really allowed players to get involved in the story and the mystery of the robot replacements. The gameplay is mostly menu-based, and pushes for in-depth dialogue and character interactions, while remaining a relatively open-world experience. Most importantly, Kojima wanted the game to feel cinematic. For a long while, he was even opposed to putting subtitles in the game, so that it felt more like watching a movie. The art direction and intricate storytelling made for a one-of-a-kind experience.

The better the technology got, the more cinematic his worlds would become. His games would have hours and hours of cutscenes, exploring the intricacies of the world and the implications of his dystopias. In fact, the fourth Metal Gear Solid game, Guns of the Patriots, had a record for the longest single cutscene of any game to date, at 27 minutes long. The game also held a record for longest consecutive cutscenes, at 71 minutes long. In this way, Kojima really did become a film director. And yet, the game designer directs so much more than just the stories and cutscenes. Kojima directs the very way players interact with the content. And those interactions mean everything. 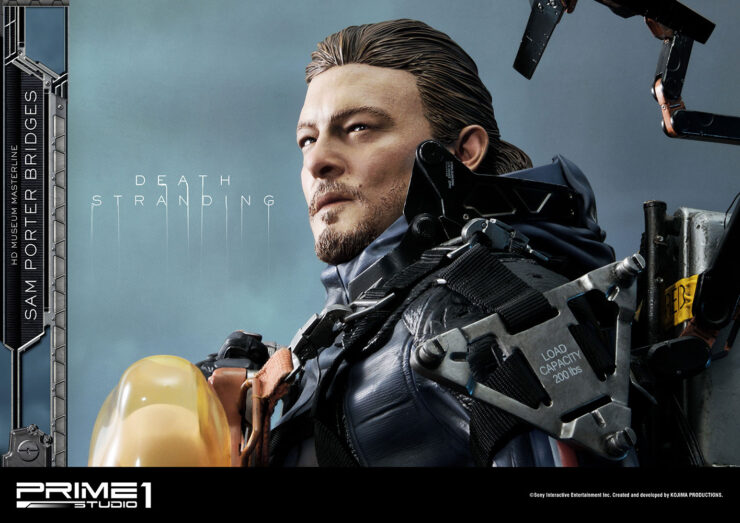 Death Stranding breaks the mold in a variety of ways. Perhaps the genre would be considered a “walking simulator” by some. In the game, you find yourself walking across continental North America (with landscapes heavily inspired by Iceland) as you deliver goods between different outposts. You carry an unreasonably large backpack through the dangerous landscape, and really spend most of your time simply trying to balance the load. All the while you have to avoid something called “timefall,” a rain that results in the expedient decay of whatever it touches.

But the game adds something entirely revolutionary: the “Social Strand System.” The game is most certainly a single-player experience. You play as the one and only Sam Porter Bridges, and you’re the only player that you see walking through the world at any given time. And yet, while it is a single-player game, the world itself is collaborative. Since most of the game is purely traversing the landscape, you spend a good portion of your time collecting the necessary equipment to build infrastructure that would make your travels easier — be it roads, bridges, or even just ladders up a steep climb. What makes Death Stranding stand apart is that you’re not just building for yourself. You’re building for a massive number of travelers who are going through the same terrain as you.

Every road, bridge, or ladder that you didn’t make was made by another player online. The new infrastructure was uploaded and updated so that certain players could use it. Those things can all be rated by other players, usually with a “like” or thumbs up. The more thumbs up something gets, the better bonuses you get in the game. Uniquely, Death Stranding is a single-player game that inspires collaboration with other players. When you do get into fights in the games, you can actually fight alongside other players too. And just as soon as you finish the fight, or cross the bridge, or “like” the ladder, you move on, once again alone. Except that you’ve never really played the game alone. Your gameplay experience is always influenced by the other players, and you influence their gameplay experience too.

Hideo Kojima continues to innovate as a game designer and as a storyteller. What’s your favorite Hideo Kojima game? Let us know in the comments, and don’t forget to Let Your Geek Sideshow! 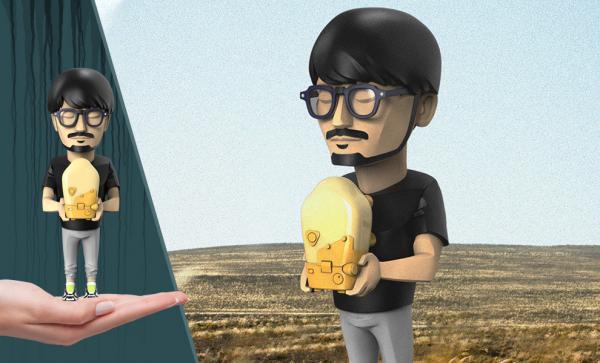 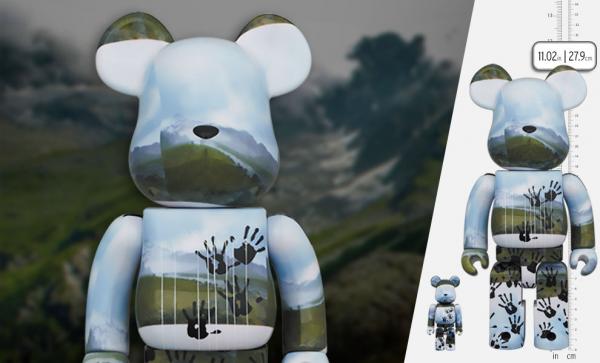 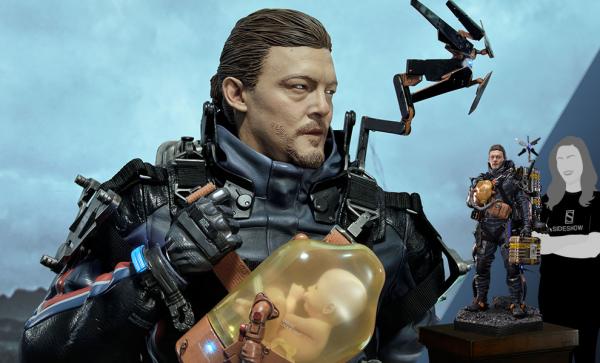 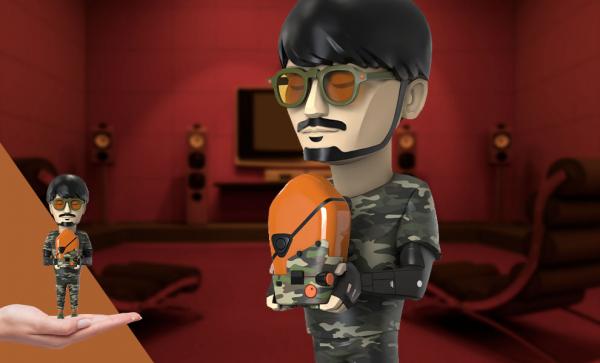