First, check out the unboxing video for this detailed collectible and find out even more about the Spider-Man Classic Suit Sixth Scale Figure as host Guy Klender walks you through every aspect of the unboxing experience from packaging to posing. See the figure’s articulation, the unique webbing accessories, and the dynamic figure stand for Spidey swinging poses.

When his mentor Otto Octavius turns into the fearsome Doc Ock and the Inner Demons gang is on the loose, Peter Parker must keep his beloved city safe or risk losing his friendly neighborhood altogether. With upgraded suits and gadgetry, Spider-Man takes on the Sinister Six, Sable International, and even the likes of Oscorp as New York City threatens to boil over in disaster. Now, fans can bring the exhilarating, web-slinging action in collectible form.

The original Classic Suit, with contrasting colors and bright tones, is the ultimate tribute to the wall-crawler’s comic book history. Collectors and completionist gamers won’t want to miss their chance to add this iconic suit to their web of Spider-Man collectibles. Display it alongside other unlockable cosmetic upgrades from the game, including the Iron Spider Suit, the Anti-Ock Suit, the Spider-Armor Mark IV, and more.

Will you be adding the Spider-Man Classic Suit Sixth Scale Figure by Hot Toys to your figure collection? Don’t forget to Let Your Geek Sideshow and tell us in the comments! 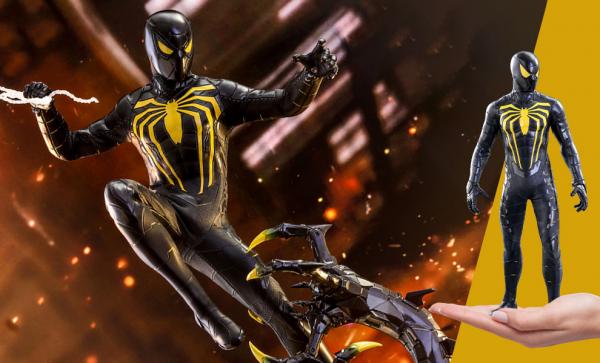 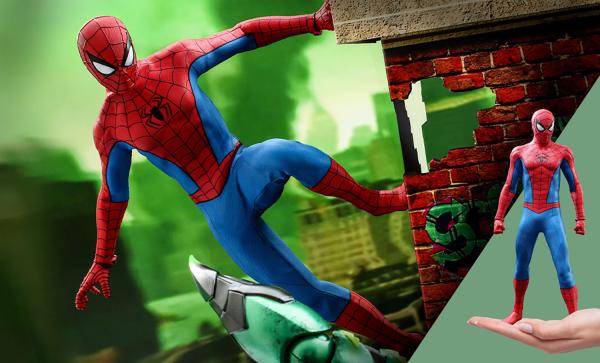