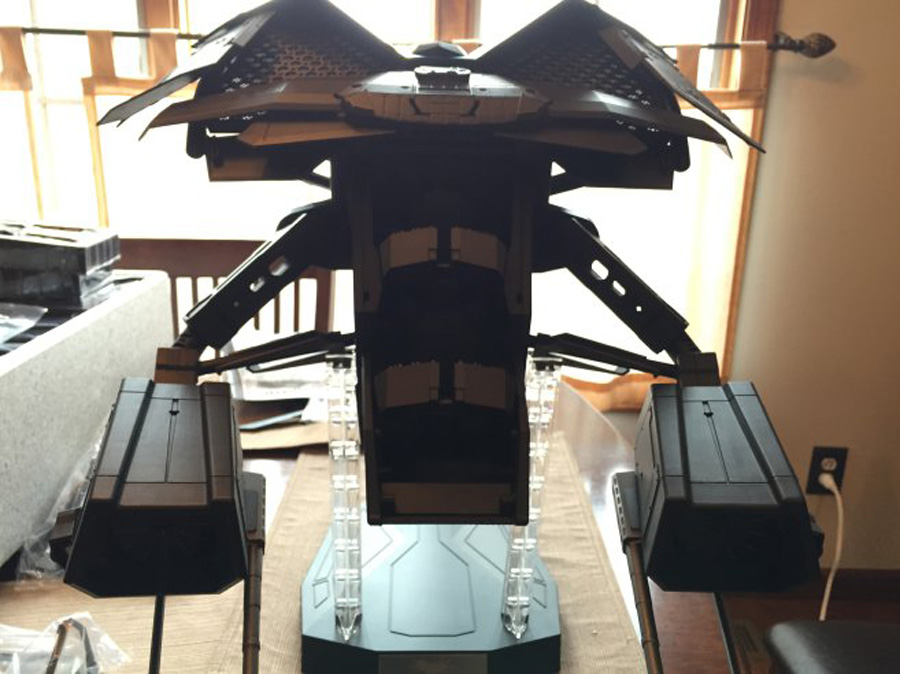 Andrew Asberry from Batman-News.com spent nearly three hours piecing together ‘The Bat’ to bring you a closer look at this massive, authentically detailed Hot Toys Batman collectible. Check out photos and highlights from his extensive review below:

The Bat is many things, but “small” is not one of them. The cardboard box it arrived in was gargantuan and the official Hot Toys packaging is guaranteed to take up a sizable portion of your storage space. And yes, you’ll hang on to the box. Its bold color scheme, oversized lettering, and captivating side graphics make quite a statement. Here’s a peek at what’s in the box: 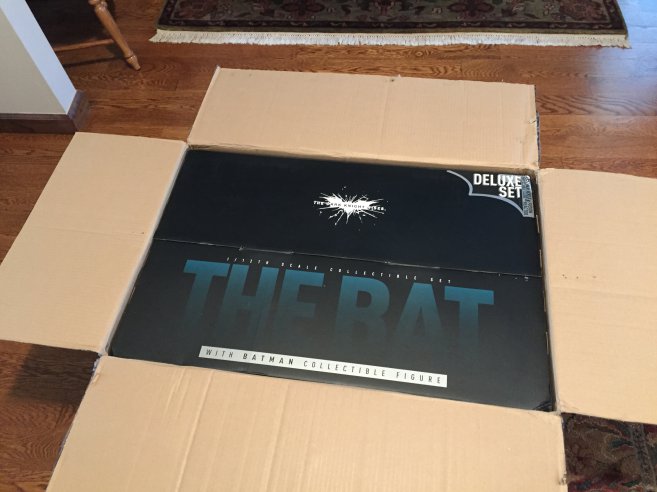 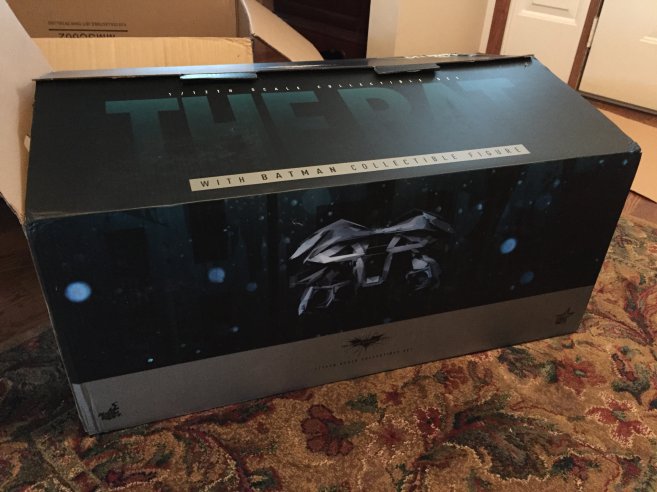 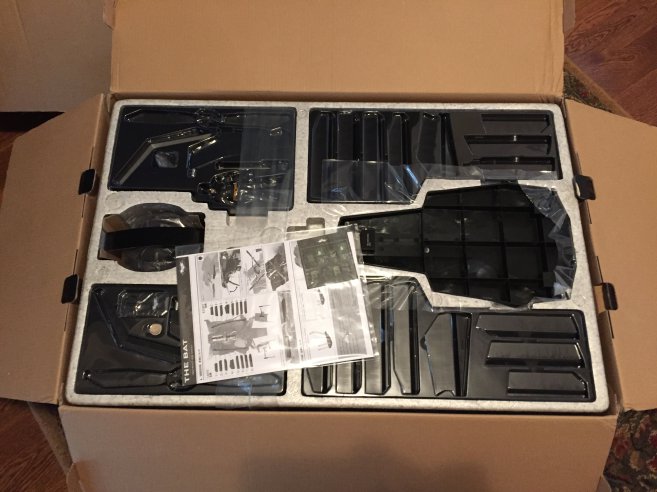 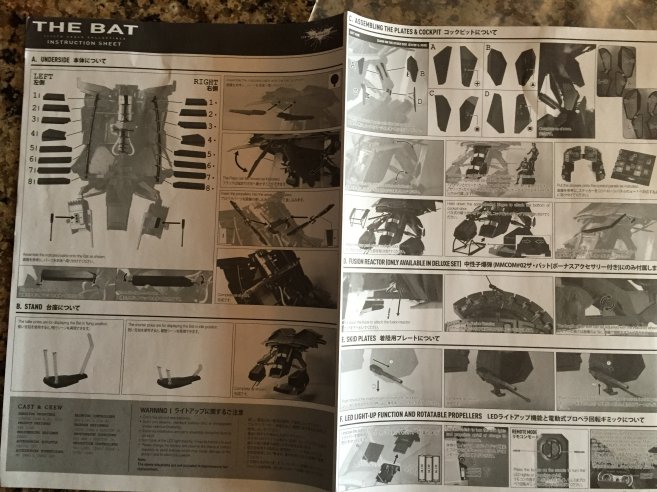 After spending nearly three hours piecing together this authentically detailed replica, I have a newfound appreciation for the third-generation Applied Sciences vehicle. You might have taken pause when you read “nearly three hours.” That’s not hyperbole. The only thing Bale’s Batman loved more than justice was armored plating, and you’ll have to apply a lot of it before you can enjoy your new Bat. 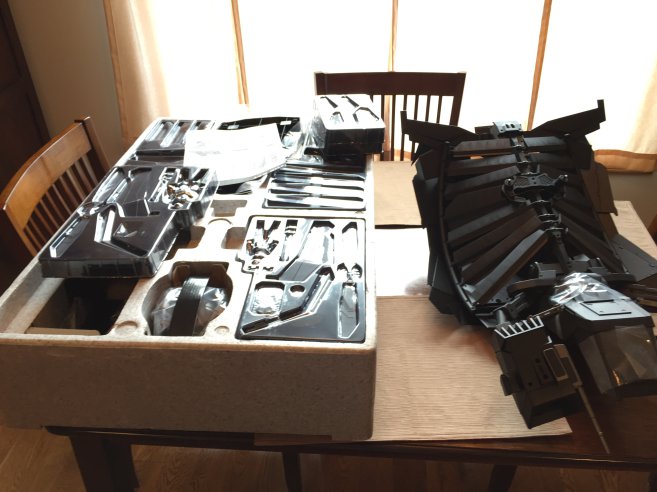 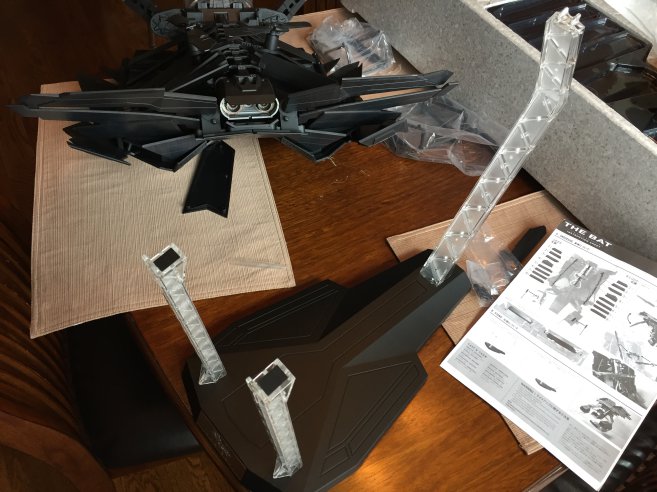 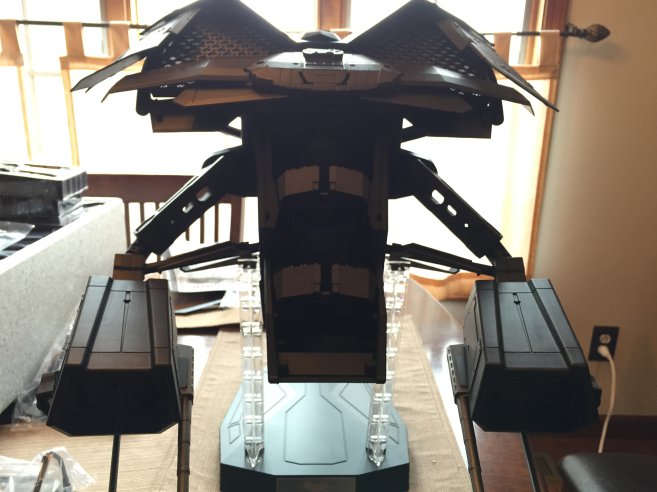 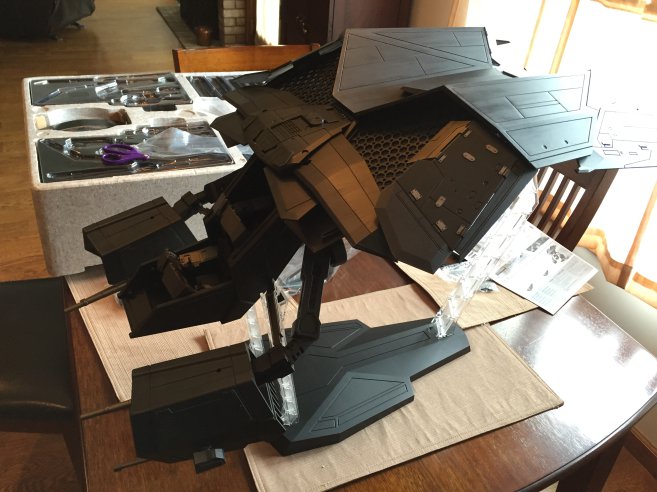 After the ribs were in place, I added the larger, heavier flaps to the caboose. These flaps lock into multiple positions with a touch of a hidden push-button and feature adjustable tips for posing the vehicle at rest. The Bat also includes a stand with multiple supports, giving you the option to display the craft as if it were flying or if it had just been parked. I liked that the transparent pillars gave the illusion of being suspended in midair at a glance, but at closer inspection were reminiscent of the clear armory featured in Batcave scenes from The Dark Knight Rises.

The propellers are perhaps the most exciting element of the already quite impressive Bat since they’re fully functional! With the press of a hidden button above the cockpit or on the included remote control you can send these impressive blades spinning (the remote is almost identical to what was included with the Batsignal).

The Bat. Took about 3 hours to assemble. pic.twitter.com/jucgsL9tEM

Since it’s the deluxe edition, it also comes with a little Batman and a little Selina Kyle. These 1:12 scale figures are really impressive looking, and look great at the controls. A large plastic replica of the fusion bomb complete with nylon straps and metal accents is also included and if you squeeze your finger between the ribs of the bat you can turn a wheel that lowers a hook. It’s a great little detail but don’t go zooming around your house with the bomb in tow– the rope can’t support it. I know. I tried. 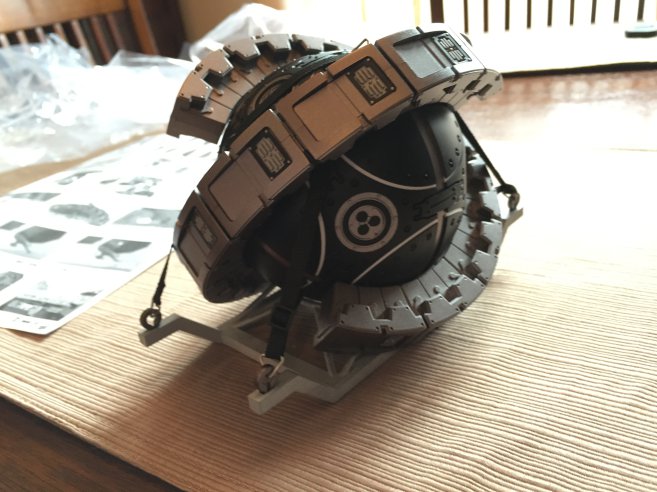 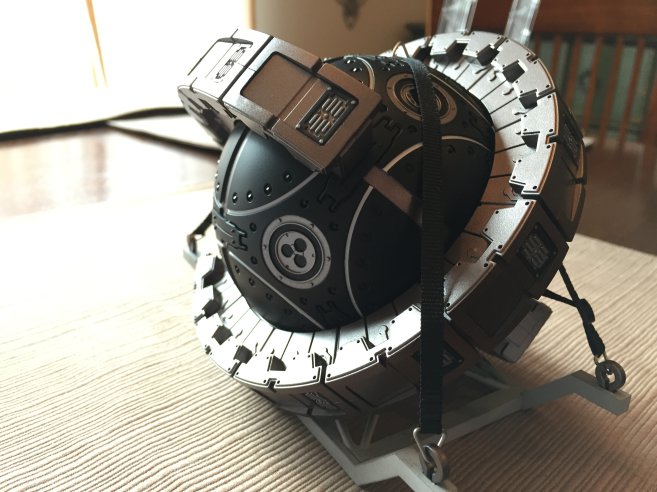 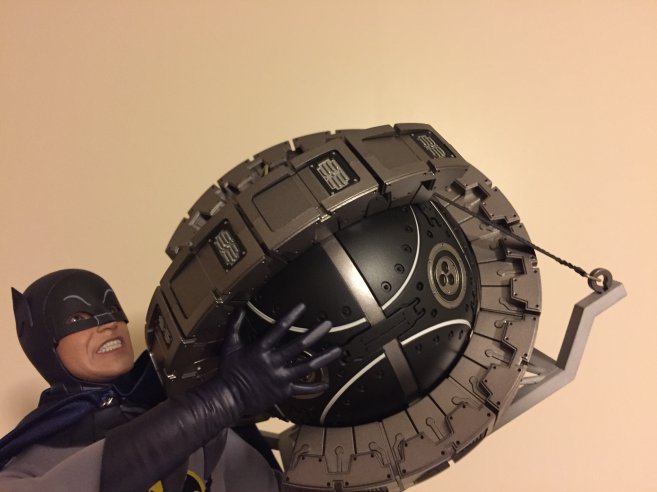 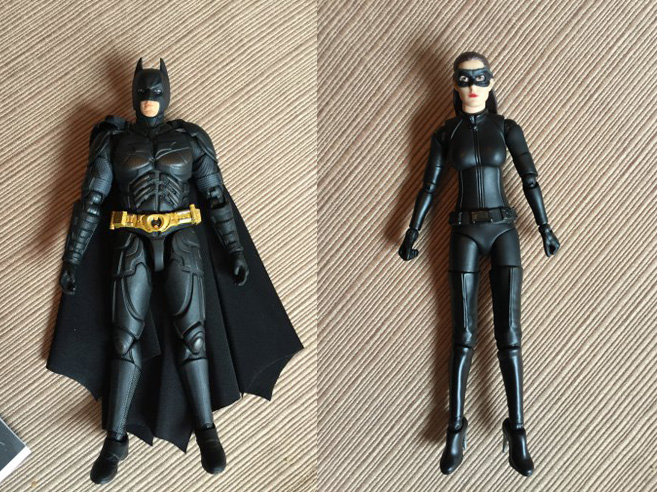 It’s definitely got the wow-factor. You can get lost in the details of this aircraft’s layers of protective plating, and switching on its headlights when you have the curtains pulled and the room pitch black? Awesome. The white LEDs up front, the yellow of the back engines, and the subtle blue emanating from the middle of the craft really look stunning. And actually having a highly detailed Batman and Catwoman sitting in the cockpit, plus that fusion bomb really puts the visual over the top!

Check out more pictures and the full review on Batman-News.com.

These pets dressed as Thor are our heroes!