I Got Next! – Five Awesome DC Super Heroines Who Totally Deserve Their Own Movie 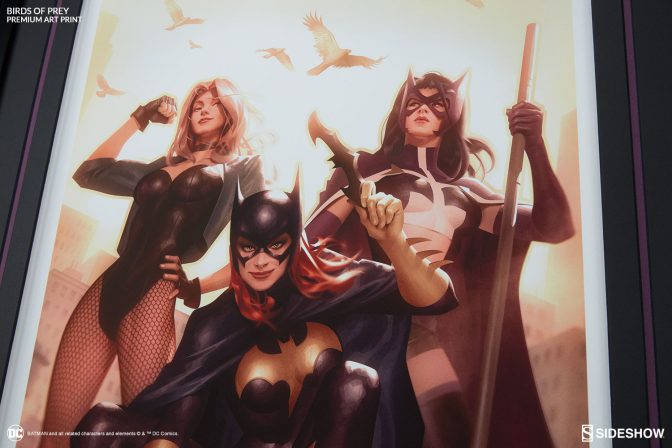 With Wonder Woman breaking box office records all over the world, we think it is safe to say that the old stigma regarding female-led Super Hero films was bunk. Make a good movie, with a solid story and a great cast, and people will come see it again and again. So now that this particular glass ceiling has truly been broken, it’s only a matter of time before some other fantastic female heroes get their time to shine on the silver screen.

The possibilities are near endless, but here are five great DC heroes that truly deserve a chance at cinematic immortality.

Real Name: Selina Kyle
What she can do: Skilled Gymnast and Martial Artist. Expert Burglar. Likes cats. Kind of a lot. 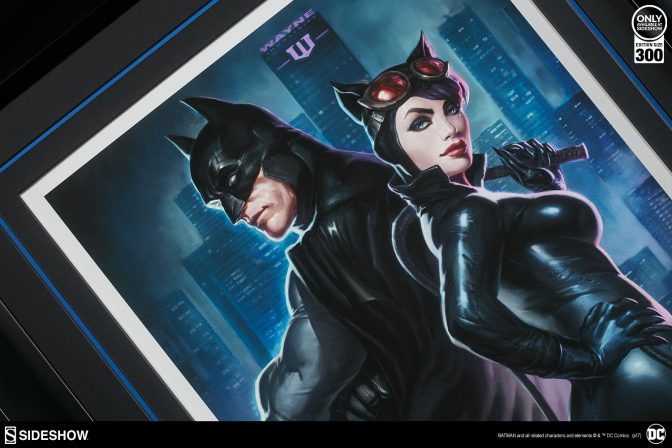 In the past, Catwoman was mostly a thorn in the side of the Caped Crusader, stealing rare cat-themed treasures for personal profit. In recent years Selina Kyle has walked that fine line between hero and villain, crossing either which way as needed, trying to do the right thing even if her methods aren’t always legal, per say. The ultimate Femme Fatale, mysterious and deadly if crossed, Catwoman would be the ideal protagonist for an elaborate heist movie or dark mob Noir film.

And while she has appeared in a few Batman movies, and though there technically has already been a Catwoman movie, Selina Kyle has yet to have her own starring vehicle. So let’s fix that shall we?

Real Name: Mari Jiwe McCabe
What she can do: Able to mimic the abilities of any animal, past or present. Yes, even dinosaurs. 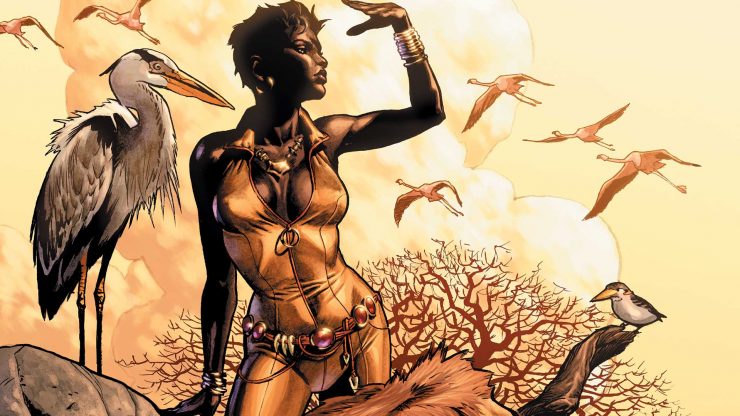 Imagine having all the power of the animal kingdom at your finger tips. One moment you could have the strength of a grizzly bear, the next moment soar through the air like an eagle, and then drop into the sea and breathe like a shark. These are just a few of the things Vixen is capable of.

After being given a magic totem created by Anansi, the African Trickster god, Mari McCabe’s skills and raw power have made her a valuable member of the Justice League, the Suicide Squad, and Checkmate. She is also an internationally famous business woman and model who travels the world for work, so she could easily slide into the starring role of an international espionage/action film.

Real Name: Zatanna Zatara
What she can do: Magic. What more does she need? 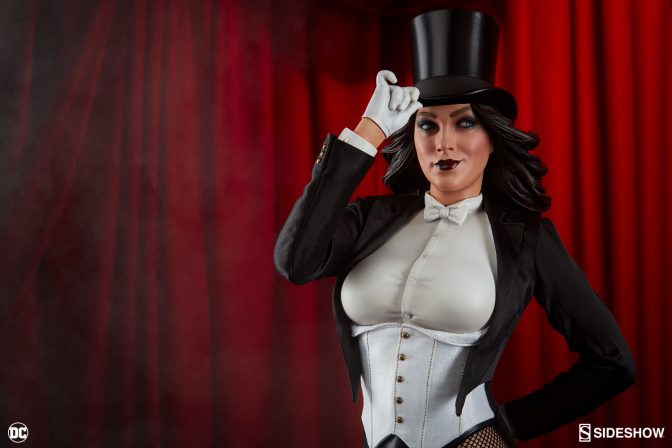 Stage magician by night, and defender of the world from mystical nasties by even later night, Zatanna is one of the most powerful magic users in the DC universe. As the daughter of a wizard and sorceress, she is able to tap into her inherent magical abilities and control them by speaking backwards. She is also the go-to member of the Justice League when it comes to the occult and the supernatural.

With all that responsibility, you’d think that warding off warlocks, witches, and demons would be her full time gig. Not so, as she also balances her hero work with a career as one of the most famous stage magicians in the world. With an assortment of paranormal villains in her stable, Zatanna could easily hold her own in an action/horror film… just as long as she can still pull a rabbit out of her hat for a laugh to keep it fun. 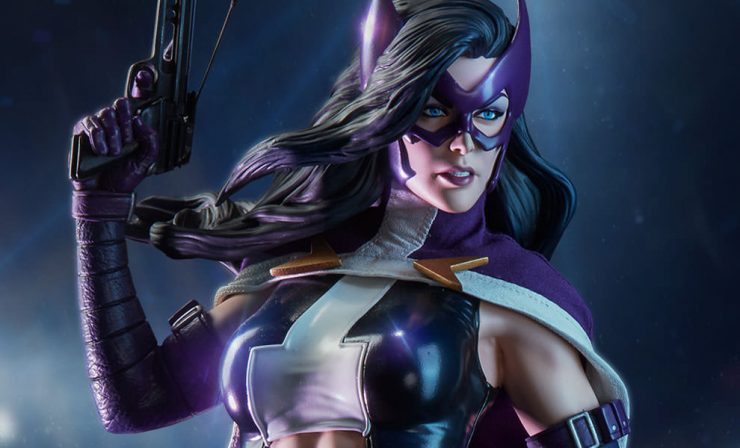 Helena Bertinelli was the daughter of one of the most powerful gangsters in Gotham City until she witnessed a mob hit that left her father, mother, and brother dead. Training from that day forward with her mind set on vengeance and protecting innocents, she became the vigilante known as Huntress. A skilled fighter with the ability to take down some of Batman’s foes single-handedly, she is often at odds with The Dark Knight due to her ruthless tactics.

Helena was eventually recruited by Oracle and became a mainstay of her team, the Birds of Prey, and she even became a member of the Justice League for a while. But blood cries for blood, and Huntress would do quite well in a revenge/crime thriller with her fighting against all odds to take down the mob who wronged her

Real Name: Dinah Lance
What she can do: Master of Martial Arts. Sonic Scream. Can and will kick your butt if provoked. 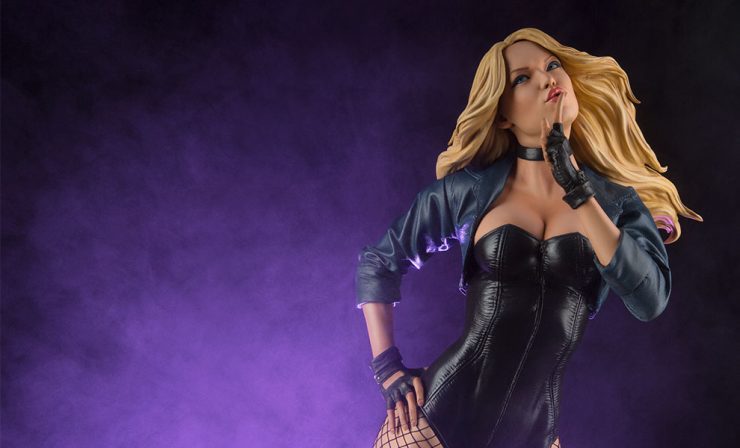 Black Canary has heroism in her blood. As the daughter of a Golden Age super heroine, Dinah started her own crime fighting journey at the age of 19. Going against her mother’s wishes, she trained in secret with some of the best fighters in the world, including members of her mom’s super team, The Justice Society of America. She quickly gained mastery in various forms of martial arts, and now has a reputation as one of the premier hand-to-hand fighters in the DC Universe.

On top of that, her ace in the hole is her Canary Cry, a super sonic scream capable of breaking bones, shattering objects, and disorienting foes. Being one of the top fighters around, it only makes sense that Black Canary should have her own film, possibly a martial arts masterpiece with epic choreography!

Or we could get all five of these amazing super heroes in one big budget Birds of Prey film. Here’s hoping!

Need to complete your DC collection? You can find Zatanna, Huntress, and many others available from Sideshow Collectibles! Check out our DC collectibles and add some heroism to your shelf.