Is Poison Ivy a Villain?

Though she’s had many different origins over the years, Dr. Pamela Isley has always had a complicated history filled with love, loss, betrayal, rejuvenation, and even reincarnation. But all of these different points in her story simply obfuscate the answer to a very important question: is Poison Ivy a villain, or not?

It would seem easy to answer, since she stands against Batman on many occasions. She is a classic part of the Gotham Rogues Gallery. She’s worked with The Riddler and The Joker more times than once, but in her defense, she’s also worked against them because ultimately, she is loyal to nature, and nature is far more powerful than any one man.

It’s difficult to decide whether she is good or evil, so perhaps the best answer will come from looking at her deeds. We’ll analyze 3 heroic deeds, and 3 villainous deeds, as well as their motivations. 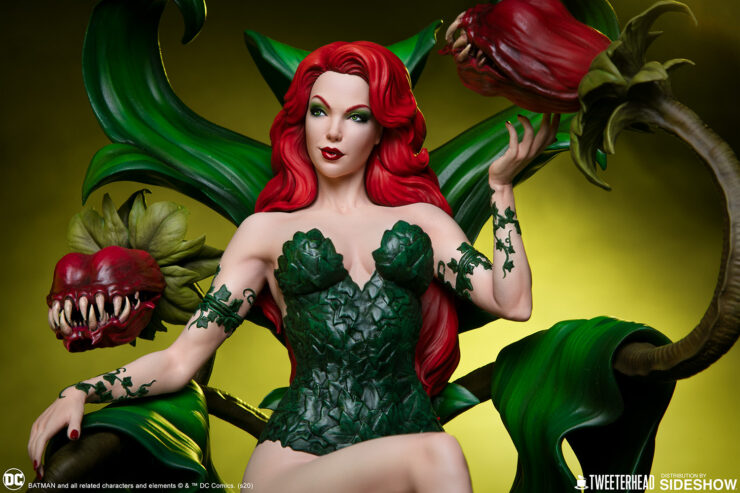 The One Year Later story arc shows Poison Ivy using her powers selfishly. Certainly she has the ability to control plant-life. She is able to synthesize and activate pheromones from plants that can gently influence others in precise and powerful ways.

However, she forgoes subtlety in this story arc when she simply decides to create a carnivorous plant. She tosses away any number of men into the massive hungry plant, that melts them down in its acidic center and feeds off their nutrients.

Poison Ivy calls these murders her “guilty pleasures” because she had no problem throwing away the lives of humans in exchange for plants to thrive, even if there was no good reason for the humans to die. Henchman, rude men, any reason was good enough for her entertainment.

This backfires, of course, when the souls of all those humans somehow combine with the plant, and it becomes a creature known as The Harvest. The Harvest seeks its revenge on Poison Ivy, and only Batman is clever and capable enough to stop it.

Connected with The Green (Heroic) 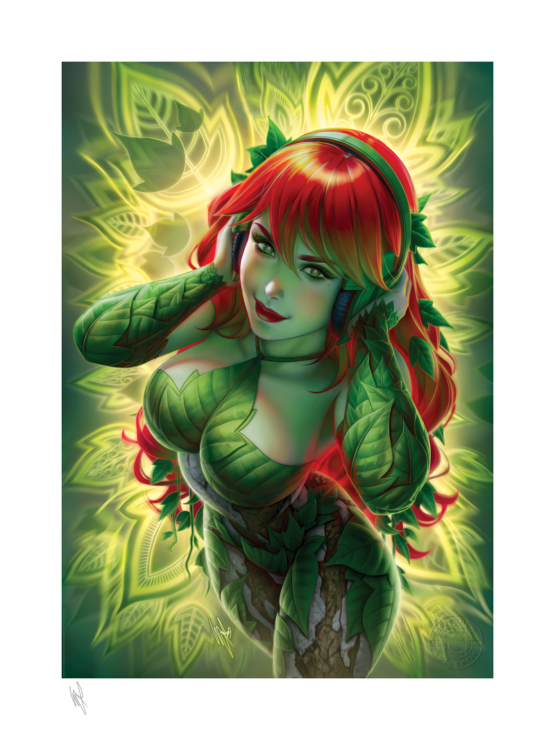 While she may have created quite terrible plants throughout her life, she is clearly deemed heroic by the Earth’s cosmic representative of plant-life called the Green. The Green is a mystical realm and an elemental force most typically associated with Swamp Thing, because swamp thing is the Avatar of the Green. However, Swamp Thing is not the only character able to connect with it. The Green trusts Poison Ivy to protect Mother Nature, and even lends some of its elemental power to her.

She has been the Avatar of the Green in Swamp Thing’s absence, and she has cared for plants all her life. In fact, technically speaking, she’s not described as a villain in DC Comics, she’s described as an eco-terrorist. It is rare that she craves violence for violence’s sake. She always acts with the intention of saving the Earth from humanity’s sinister influence and apathy. If the Green trusts her, there must be some truth to her heroism.

Took Over the Earth (Villainous)

In a story arc called Everyone Loves Ivy, she used her connection with the Green to emit an incredible amount of toxic and influential pheromones into everyone’s food. Anything that was plant-based or relied on plants to survive, down to every blade of grass, was changed. Almost everyone on Earth was completely under her control.

Mind control is sinister enough as is. In fact, in her Rebirth Origins, Dr. Pamela Isley offered Bruce Wayne an opportunity to cut costs on marketing by simply mind-controlling the world. Bruce Wayne shut it down and fired her immediately, saying that mind control, even if it’s for good causes, still takes away peoples’ freedom.

That didn’t stop Ivy from pursuing her goal: to save the Earth. She wanted to make the Earth a peaceful place, and with everyone on Earth eating food that left them under her influence, she decided the world’s fate. She used metahumans and superheroes as her enforcers and bodyguards if necessary, but otherwise, she simply allowed the world to live in harmony.

There was balance, for a while. But there was not freedom. Batman and Catwoman ultimately handled that conundrum together.

Saved Harley from The Joker (Heroic) 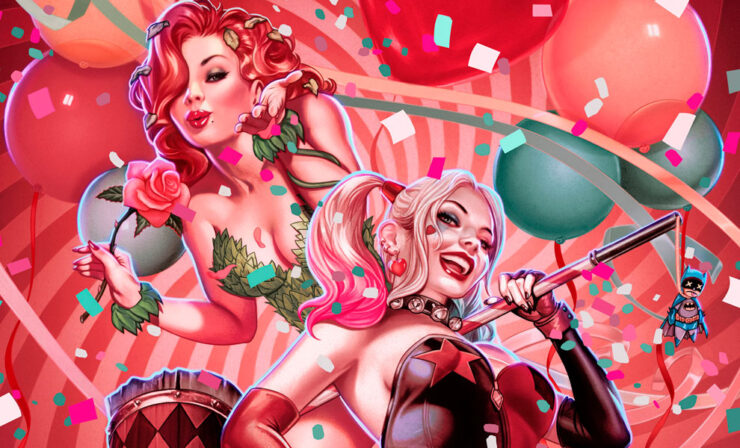 In the past, she was unconcerned with freedom. Perhaps that was due to her lack of connection to other humans. She decided there was a greater good worth working towards, and ultimately disregarded the desires of others. Despite this, she has not always valued freedom so little. In fact, freedom was incredibly important to her when she saw Harley Quinn suffering in her relationship with The Joker.

She created multiple opportunities for Harley Quinn to leave The Joker, and helped her fight against him multiple times. She showed Harley how Mr. J was manipulative and apathetic, and supported Harley through it all.

Human freedom was important to her then. She found a balance of valuing humans and plants. 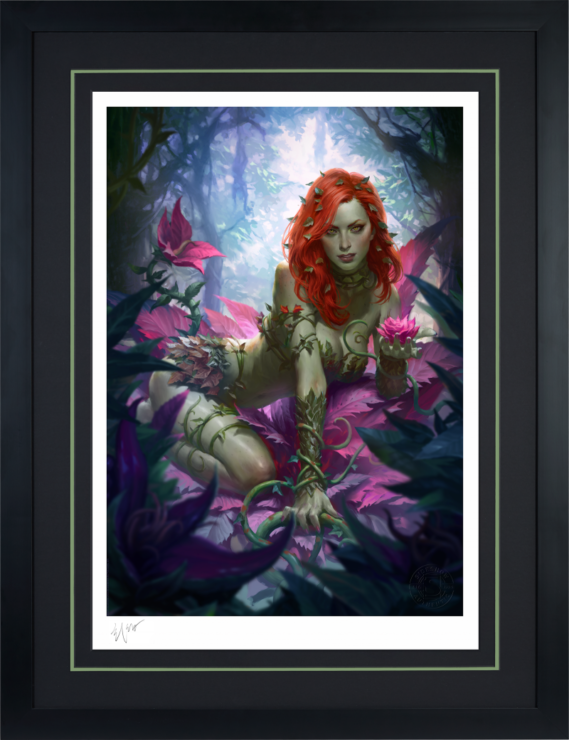 In the classic Batman story, Batman: Hush, one of Bruce Wayne’s oldest childhood friends, Thomas Elliot, does everything he can to ruin Bruce Wayne’s life. He is a mastermind behind a complicated web of lies and confusion that leave Batman circling Gotham City searching for clues and begging for peace. Poison Ivy was a part of Hush’s plan. He hired her to manipulate Catwoman and to brainwash the most powerful man on Earth: Superman.

Using synthetic Kryptonite-laced kisses, she bent him to her will. He served as a bodyguard when she needed protection, a hound dog when she needed to locate something, and a quick transport when she needed to get across town. And while she was certainly threatened by Hush to help him, she truly participated in his schemes simply for money. For once, she was focused on the wrong “green.” 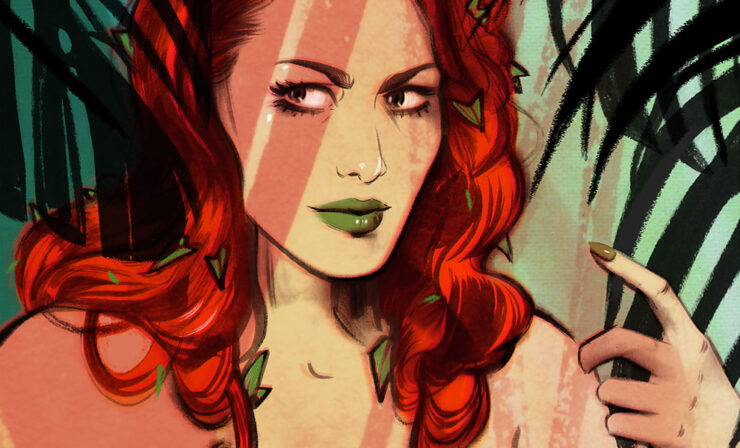 When Catwoman was able to swindle many of the other villains in Gotham out of millions of dollars, she split it up between the villains she felt deserved it most. She took her share, gave a third to Harley Quinn, and the last third to Poison Ivy. Harley, a lover of fashion and flare, went on a shopping spree for the ages! Poison Ivy, however, got rid of the money rather quickly. She donated it to one of many charities aiming to restore the rainforests.

Perhaps that money that she got from Hush was for an equally charitable goal. But do the ends justify the means? Do her sinister tactics overshadow her good intentions? Is there something worth working towards beyond a great human ideal, and working to sustain the Earth? These are Poison Ivy’s constant questions. These are the questions that have to be asked to decide if she is truly a hero or a villain.

Do you believe that Poison Ivy is a hero or a villain? And why? Let us know in the comments, and don’t forget to Let Your Geek Sideshow!

Grow your garden of DC Comics collectibles and check out all the rogues that Sideshow has to offer. 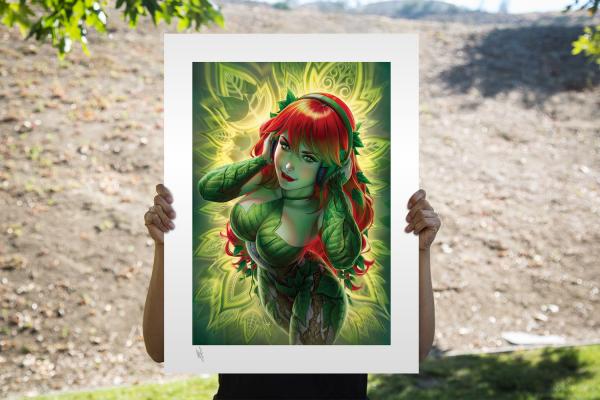 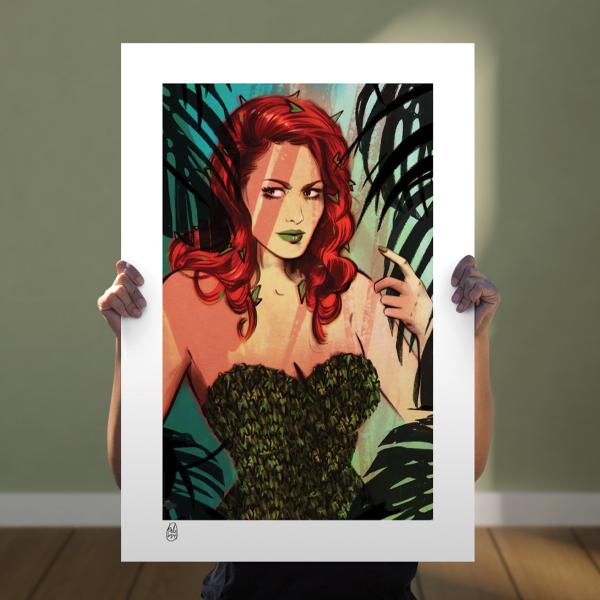