Today on Twitter, Blumhouse posted an image and announcement that Jamie Lee Curtis will be returning to the Halloween horror franchise, reprising her iconic role as Laurie Strode in an upcoming film.

The image features Curtis standing in front of an eerie house with a jack-o-lantern at her feet, while iconic villain Michael Myers waits for her at the door…  Well, he seems ready to welcome her back to the franchise!

With the first film debuting in 1978, the Halloween franchise helped to launch Jamie Lee Curtis’s film career and now she’s coming home to Haddonfield for the upcoming Halloween film which will be released by Universal Pictures on October 19, 2018. 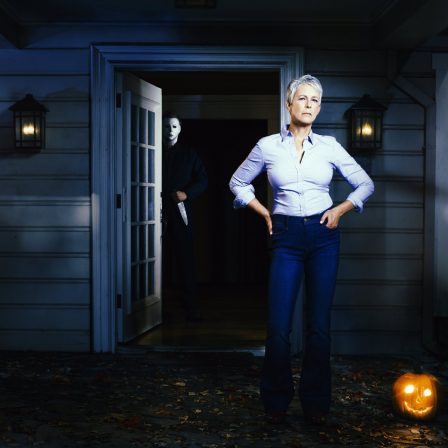 We can’t wait to see how the film reintroduces Laurie Strode, after all she’s been through in the series so far…

Are you looking forward to the next Halloween film in 2018?  Which is your favorite of the franchise?  Let us know in the comments!

What You Are Missing on Sideshow Instagram- September 18th Edition