For 17 years, Hugh Jackman has consistently given one of the best live-action superhero performances in history as Wolverine. Starting with 2000’s X-Men film all the way up to this year’s Logan, the actor has embodied the iconic comic book role in a way that few other actors in the genre have, and the two have become inseparably linked to each other. It’s hard not to see then, why the hype and excitement around Logan has always been so high. Starting with Jackman’s announcement a few years ago that it would be his last feature film as the character, fans have been eager and excited to see what the actor and writer/director James Mangold have in store for such an important goodbye. 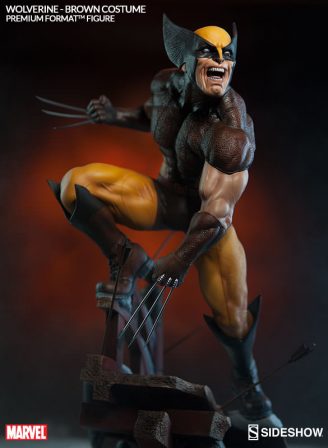 Logan has been receiving almost universally positive reviews from critics and fans leaving early screenings over the past few days as well, and it appears as though Jackman’s final film as Wolverine may end up being his best one yet. But that also means that the question of what 20th Century Fox will do with the character following Logan‘s release, just becomes that much more interesting as a result.

Fans have been talking about recasting the role of Wolverine after Jackman is done playing him for several years now, ever since talk of the actor eventually hanging up those adamantium claws first started circling around online. And during a new, Logan-themed piece in the New York Times, Jackman talked briefly about the possibility of a recasting sometime down the line, and he seemed to be at peace with the idea of it:

“The character will go on. Someone else will play it, for sure. [He insisted he was at peace with that] Unless Daniel Day-Lewis plays him and wins the Oscar — then I might have a little problem.” This isn’t the first time that Hugh Jackman has expressed a similar sentiment regarding the issue over the years. Back in 2015 even, Jackman suggested that Tom Hardy should play Wolverine after him, which ended up going on to become a highly popular bit of fan casting. He certainly fits the description of Wolverine better than Jackman does, at least both in his height and general look. Whether or not someone like Hardy – who’s even more high profile than Jackman was when he was initially cast – is even interested in the role, is another question entirely.

In all likelihood, it’ll probably be more than a few years before Fox has any conversations about bringing Wolverine back with a different actor on the big screen. The studio has even taken the time to prepare for a bit of a hiatus from Jackman’s Wolverine in the X-Men universe, giving him downsized roles or cameos in both X-Men: First Class and X-Men: Apocalypse. The studio’s plans seem much more focused on building up their other characters and franchises for the time being, with a Deadpool sequel, New Mutants film, and the next installment in the X-Men saga all in development right now. Most fans would say that Fox is probably better off going that route anyways, with Jackman’s turn as the character being so iconic and important to the shaping of the X-Men cinematic universe, that recasting him too quickly would come off as insensitive to most fans. Especially if Logan ends up being the kind of emotional farewell that all of the early reviews and reactions claim it is.