The Fellowship of the Ring approached the gates of the Tower of Barad-dûr, seeking negotiations with the Lord of the Black Lands. They had hoped that with their show of force, with Gandalf the Grey becoming Gandalf the White, with Aragorn ready to claim his position as King, and dwarves and elves working together again, they could inspire Sauron to stand down. After all, the best wars are the ones that are not fought.

Instead, from out of the gates, came a horse with unnatural flaming eyes, and a man with an unnatural smile. Who was this man? And what does it mean to be the Mouth of Sauron? 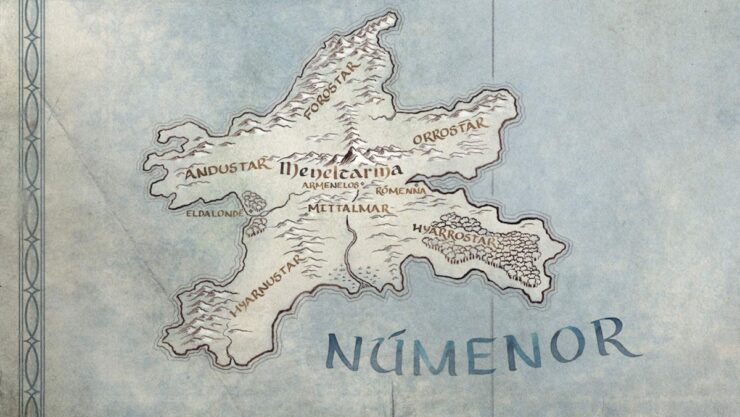 The Númenóreans were descendants of a race of men that befriended the Elves in the first age. They served under the instruction of the Valar and alongside the Elves during many a battle, and were rewarded for it. They were gifted greater wisdom, greater height, land, and even longer lives. Whereas many men may have only lived 100 years, these Elf-friends lived 300 years or more.

There were those among the Númenóreans who did not wish to serve the Valar or the Elves. There were those who feared death, and coveted immortality like the Elves. And under Sauron‘s subtle persuasion, they grew to despise the Elves and the Valar. Anything short of immortality was simply further proof to these Númenóreans that the Valar and their god, Eru Ilúvatar, were not to be trusted.

These men and their descendants, who opposed the Valar and Eru Ilúvatar, would be cursed with even shorter lives than before. Save for royalty ruling over kingdoms of lesser men, many of the Black Númenóreans would not survive past the Second Age. 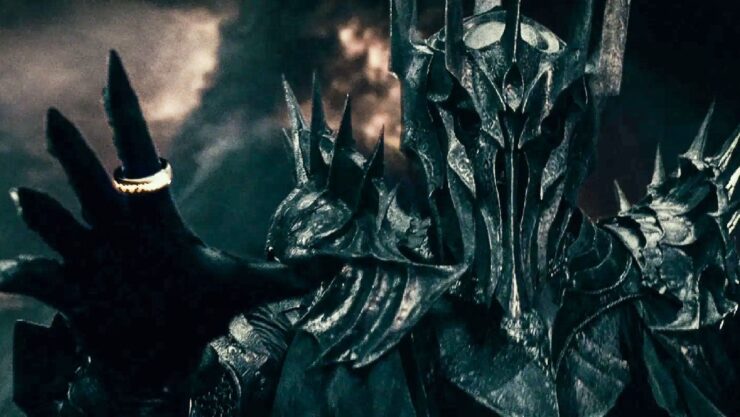 The Mouth of Sauron was one of these Black Númenóreans. Though is it uncertain, since he was still surviving well into the Third Age, it may have been that he descended from royalty as well. It it said that he began serving Sauron when the Dark Tower rose once again. He used his military cunning, his cruelty, and his ambition to rise through the ranks. He eventually became the Lieutenant of Barad-dûr.

In all this time, it seems that he had forgotten his true name. Perhaps it was erased from history intentionally, or perhaps it was Sauron’s personal manipulation to ensure that he was no longer a man with an identity but just a blank-slate servant, willing to do anything for his master. Perhaps it was for reverence and power. Just as Sauron did not permit others to write or speak his name, it could be that the Mouth of Sauron’s name was erased to maintain his power.

It was clear that he must have been made powerful through years of practicing sorcery and dark magics. It was unclear just how old he was, but since he was there at the second rise of Barad-dûr, he was at least 80 years old. However, if he truly was one of the original Black Númenóreans, he could be hundreds of years old. Possible still is the idea that his life was unnaturally extended through sorcery or even from Sauron’s power.

The most important thing about the Mouth of Sauron is that he was one of the few servants who spoke directly with the Dark Lord. He received direct instructions and words to give to their orc armies or to repeat in negotiations. In the movies, the Mouth of Sauron’s lips and teeth were distorted and blackened to represent the toll of such darkness and evil. Even repeating Sauron’s words were enough to taint and destroy the form. 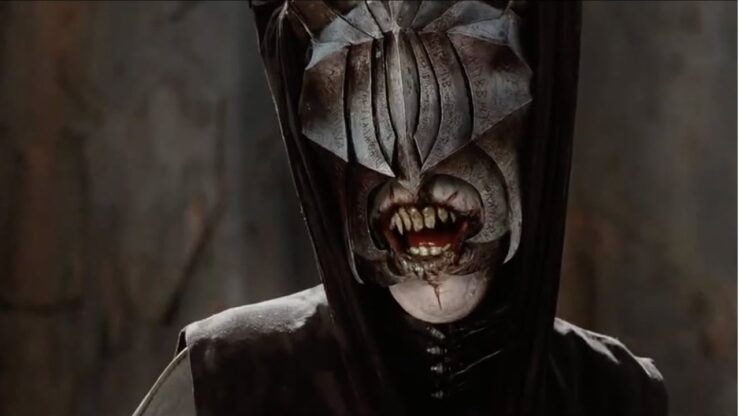 The Men of the West approach the Black Gate hoping for some form of negotiation. The Black Gate opens, and they are greeted with the Mouth of Sauron and his steed.

“At its head there rode a tall and evil shape, mounted upon a black horse, if horse it was; for it was huge and hideous, and its face was a frightful mask, more like a skull than a living head, and in the sockets of its eyes and in its nostrils there burned a flame.” The book says that he appeared similar to a Ringwraith and yet, “The rider was robed all in black, and black was his lofty helm; yet this was no Ringwraith but a living man.”

At his approach, the Mouth of Sauron revealed three items: Sam’s sword, a grey cloak with an Elven-brooch, and Frodo’s mithril-vest. These items were revealed with the hopes of scaring the Fellowship into believing that Frodo and Sam had failed and perished. Not only that, but it implied that Sauron had finally retrieved the One Ring. The Mouth of Sauron assured the Men of the West that the “spy” would be tortured for many years, even though Mordor had not captured Frodo. He hoped to terrify them.

While Gandalf hoped to negotiate, the Mouth of Sauron heard nothing of it. He simply had a list of Sauron’s demands: It was more than a complete surrender. It was giving land, oaths to give Sauron power, tribute, and more. One of his demands would have even allowed the Mouth to rule over Isengard.

In the film, Aragorn responds by chopping off his head. In the books, he retreats behind the gates after being threatened by Aragorn’s power and position as King. The lowly servant retreated, only to fall with the rest of Mordor and the Tower of Barad-dûr.

Have you watched the Lord of the Rings extended edition to see Peter Jackson’s interpretation of the Mouth of Sauron? Did you know he and Aragorn came from the same lands? Let us know your favorite details in the comments, and don’t forget to Let Your Geek Sideshow!

Coming Up on The Comics Haul: The Blue Flame #1 and HAHA #5