House of M is a story of grief, grandeur, and god-like powers. It is one of the most iconic Marvel story arcs, roping in the X-Men, the Avengers, and every other group of heroes across Marvel Comics.

In fact, this story changed Marvel Comics forever. Even in the current X-Men run by Jonathan Hickman, House of M is a memory that haunts all mutant-kind. As a result of her crimes, Wanda Maximoff is mutant enemy #1, a story told to frighten the children of Krakoa.

But what exactly is House of M? With WandaVision playing on Disney+ right now, it might be the perfect time to review. 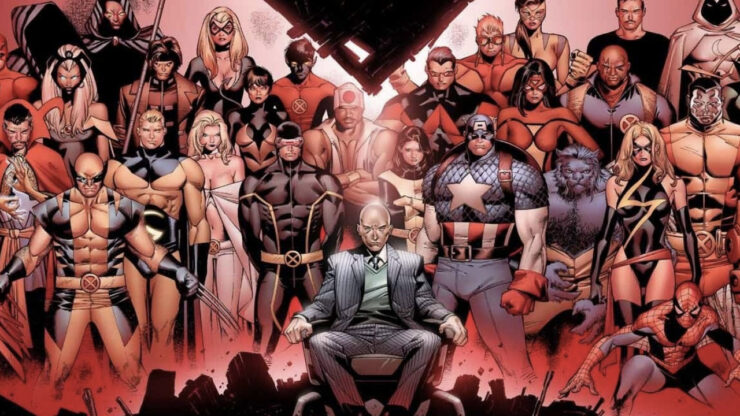 House of M begins with Wanda giving birth to two beautiful baby twin boys alongside her loving husband Vision. The children are happy, Vision is practically beaming, and Wanda is in her own little paradise—but for only just a moment.

Wanda Maximoff’s original powers were described as “Chaos Magic” but that descriptor was admittedly a little bit vague. It wasn’t entirely clear just how powerful she was, but in this moment, it was made perfectly clear that Wanda can change reality—because in truth Vision was dead, she wasn’t able to have children, and she was far from happy. She was struggling and grieving in Genosha, the deserted and destroyed island that Magneto tried to build as a safe haven for mutants. Now, the only people left on the island were Magneto, his two children, and occasionally, Professor X.

Professor X used his telepathy to remind Wanda where she was, and that her children were not a part of this reality. He told her that she had to change it back, because there was no way to know the consequences of changing reality.

But to Professor X, it seemed that she had already gone too far, and was only going to get worse. So he reached out to both the X-Men and the Avengers and held a meeting discussing one serious and terrifying topic: nullifying the threat of Scarlet Witch. All the while, Wanda’s father and brother, Magneto and Quicksilver, tried to think of a way to help Wanda and stop the “heroes” from killing her.

To some, like Captain America and Spider-Man, killing Wanda was completely out of the question. For some, like Wolverine and even Professor X himself, there was no other option. The world was going to change beyond repair unless they stopped her. But when the forces arrived to defeat (or defend) the Scarlet Witch, a white flash went off. And then everything was different. 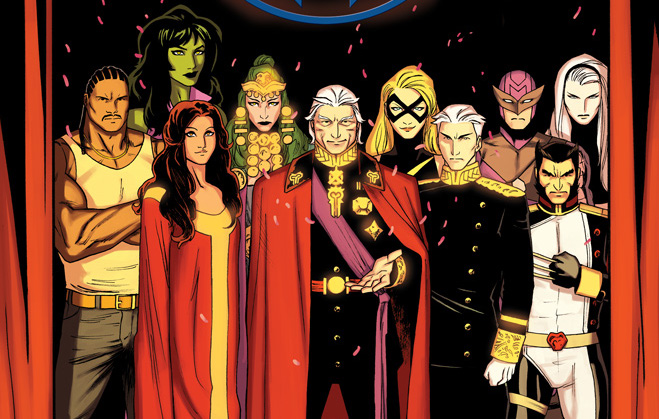 The world of Wanda’s devising was not the world we knew. Maybe the biggest change here is that mutants were no longer the minority, but humans were. And so the world was sprawling with millions if not billions of people who were free to use their powers, living as proud mutants, living their ideal life!

All the mutant heroes we once knew were now happy, living their perfect lives. Society had changed in unprecedented ways, all thanks to the strong and successful leadership of the House of Magnus — Magneto and his children.

But when Wolverine woke up to all this, somehow, he knew that it was wrong. After having his brain wiped clean and his memories erased so many times, it seemed that his mind found a way to defend itself. It didn’t forget reality, even when reality was changed. All of reality. The entire world was suddenly and completely altered so that everyone could be truly happy. But there were a few things wrong with it.

First of all, not everyone was happy. In this reality, while mutants may have had their perfect lives, humans were being oppressed and hunted by alternate versions of sentinels. Heroes like Luke Cage, Hawkeye, and more, tried to rise up against the oppression and defend the defenseless as a group called the “Human Resistance Movement”.

And second of all, this world was not real. All that Wolverine knew was that Scarlet Witch changed everything. And with Magneto as the most powerful man in the world, Wolverine believed that Magneto used his daughter to mold the world in his image.

How They Fixed It 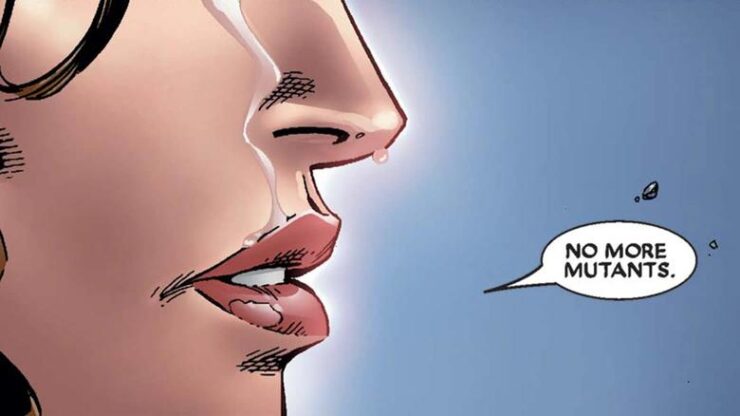 Wolverine teamed up with the “Human Resistant Movement” and worked with a young girl named Layla who has the mutant ability to show people true reality, before Wanda changed it. They went around looking for allies, and rallied Emma Frost, Cyclops, Daredevil, She-Hulk, and more. They searched for Professor X, but they couldn’t find him anywhere. They didn’t even know if he was alive.

And as tensions escalated, and the resistance planned their attack against Magneto, Dr. Strange was able to discern that they had been wrong about it this whole time. Magneto didn’t plan for this. Quicksilver did.

Pietro was willing to give up anything and everything if it meant his twin sister could live. He made her change reality. He convinced her to rewrite everything exactly what they wanted so that they would finally leave her in peace. So that she could have Vision. So that she could have children. Quicksilver told Wanda that there was no other way. And moreso, Quicksilver did it all in Magneto’s name.

When Magneto met Layla and saw the truth, he was livid. He chastised Quicksilver, and attacked him, unleashing his full power on his own son. And while Quicksilver was quick, few mutants are more powerful than Magneto. He was moments away from killing Quicksilver when Scarlet Witch appeared again and stopped everything. She healed Quicksilver and turned against her father. She blamed him for everything, she blamed being a mutant for her troubled life, and she uttered three simple words to once again change the world.

A white flash went off. And then everything was different.

When Wolverine woke up again, he was back in his reality. Things seemed off, since only a few people could remember what had changed. But one terrible thing was clear: millions and billions of mutants had lost their powers. What was once a strong presence of mutants was reduced to barely over 100. The mutant genes were erased from their very cellular structure, leading to a decimation of mutantkind.

Not only that, but Professor X was still missing. Scarlet Witch was gone. Magneto lost his powers. And the world would never be the same again.

Would you have changed back reality? Or stayed under the rule of the House of M, living your ideal life? Let us know in the comments, and don’t forget to Let Your Geek Sideshow!

Up Next on Unsealed and Revealed: Spider-Man (Upgraded Suit) Sixth Scale by Hot Toys