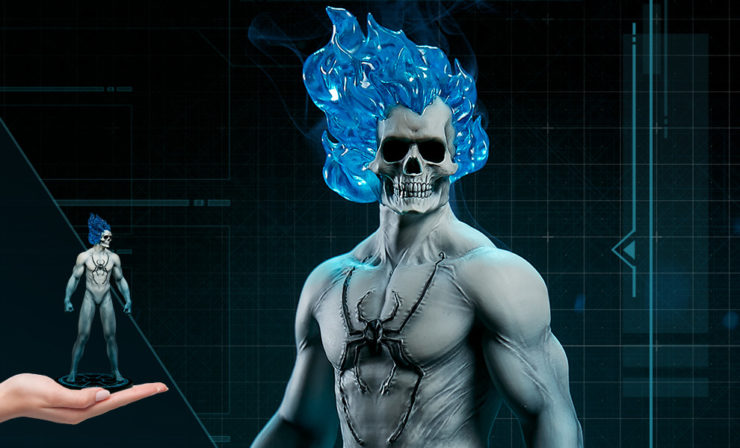 “I remember when they used to scream in terror at the sight of me.”

Faithfully based on the costume’s in-game model, the Marvel’s Spider-Man: Spirit Spider Suit Statue measures 7.8” tall on a circular black base that evokes the game’s scientific interface. This highly detailed Marvel collectible captures Peter Parker’s unique ghostly look as though possessed by the Spirit of Vengeance. His eerie appearance features a textured white and blue body, two distinct spider symbols on his chest and back, and a skeletal portrait complete with blue translucent flames. Ethereal energy practically ripples from the Spirit Spider Suit as our hero stands, fists clenched in a battle-ready pose.

Pre-orders for the Marvel’s Spider-Man: Spirit Spider Suit 1:10 Scale Statue will begin on Thursday, May 14th between 12pm-3pm PT and the statue will be priced at $84.99 USD.

The Best Geeky Film Scores You Can Work From Home To