May the 4th is a perfect time to start planning a weekend getaway to a galaxy far far away. The epic Star Wars saga has taken us all over the universe filled with beautiful, bustling planets, vibrant moons, and desert wastelands.

There is so much variety to each and every world, and traveling through hyperspace would make traveling a breeze. To celebrate May the 4th, here is our list of planets from Star Wars that we’d most like to visit for vacation. 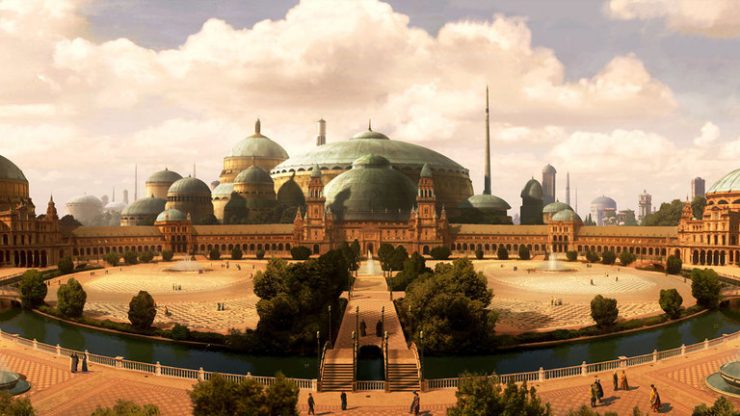 From the prequel trilogy, Naboo is a beautiful Mid Rim planet known for its lush landscapes and beautiful cities. The capital, Theed, is the seat of the Queen with an incredible royal palace that would be such a sight to behold.

Also home to Otoh Gunga, inhabited by the Gungans, the ecosystems of Naboo are widely varied and teeming with life. You might want to stay out of the water, though, as the oceans hide dangers like the opee sea killer. We’ll stick to a picnic on the plains, thanks!

Located in the outer rim, Endor is a forest moon that is home to the adorable Ewok species. Mostly known for its dense growth of trees, the landscape also includes mountains that overlook the forests.

Endor was the site of an important battle against the Empire, and also where Darth Vader’s funeral pyre was held. This vibrant planet holds both history and entertainment for visitors- we hear the Ewoks throw great parties. Yub nub! 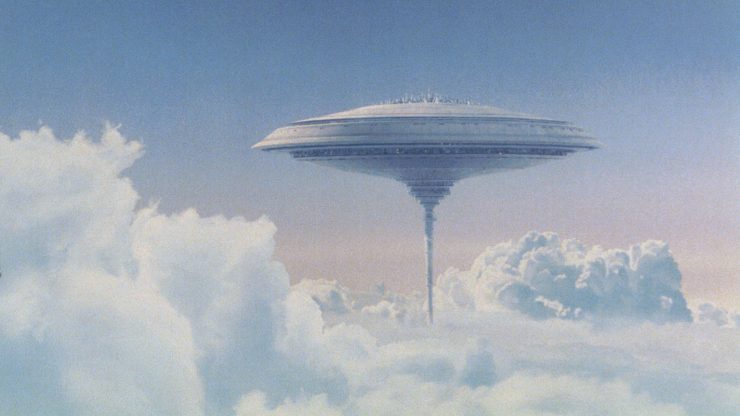 The Cloud City of Bespin is a must-see destination for tourists and guests hoping to stay out of the Imperial eye. The city is a gas mining colony that floats above the planet, and has an atmosphere of mostly oxygen, making it safe for human visitors.

Under the administration of Lando Calrissian, Cloud City bustles with excitement and activities like gambling, sightseeing, and even touring the mining operations. Just watch out for the reactor shafts- we heard you can lose a hand if you’re not careful. 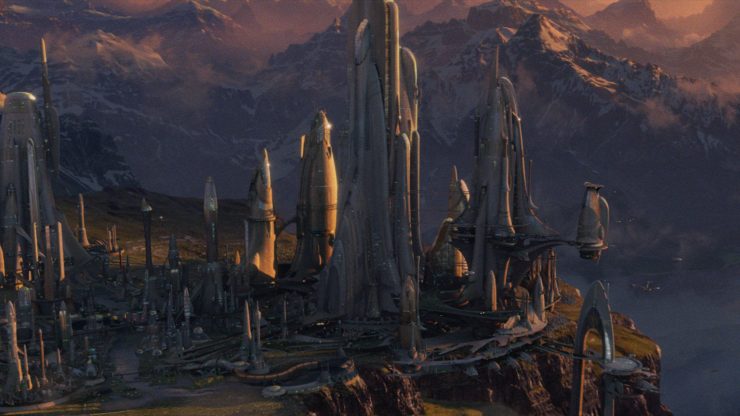 Before falling to the might of the Death Star, Alderaan was a peaceful planet ruled by Queen Breha Organa. The people of Alderaan lived in harmony with their environment, which was vibrant and inspired much of their art and culture.

Unfortunately, Alderaan was the first target of the star-destroying weapon of the Empire, the Death Star. Now if you’re hoping to visit the planet, you’ll be looking in Alderaan places. (Too soon?) 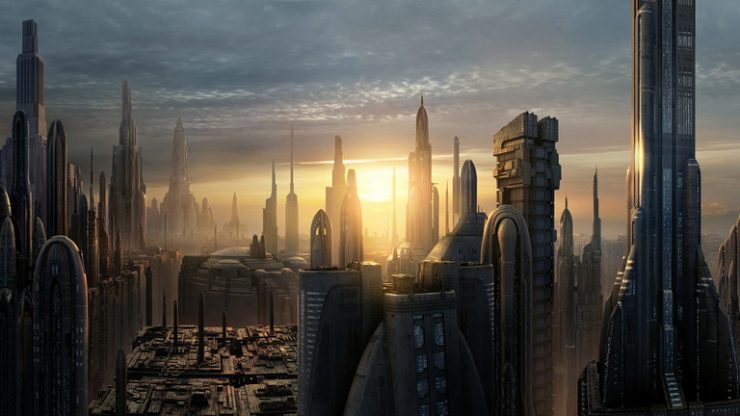 This bustling, cosmopolitan center serves as the capital of the galaxy, and the Galactic City of Coruscant is known for its nightlife and constant activity. There are plenty of clubs to visit if you plan to be up late, and in the morning, you can visit one of the local diners for breakfast.

If you get a hotel reservation on Coruscant, be sure to check for bugs. We heard some deadly worms were once found in a guest’s room. Ew! 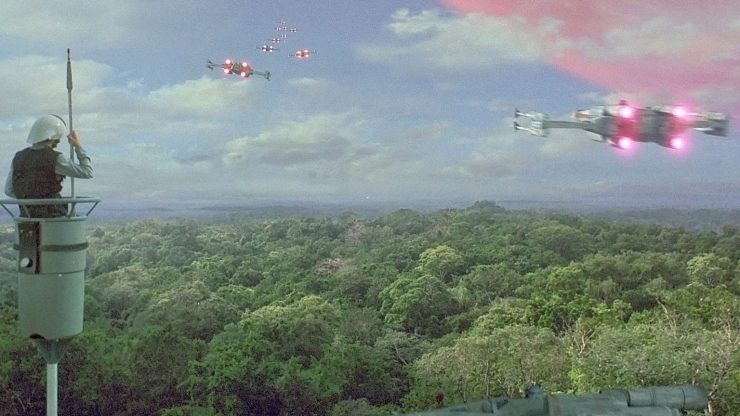 Many know Yavin 4, one of the moons of Yavin, as the first seat of the Rebel Alliance and the site of a major battle in its outer atmosphere. This moon was covered in jungle terrain and historic ruins and monuments, like a grand temple where Leia presented medals to Han Solo and Luke Skywalker for their bravery.

Yavin 4 was abandoned after the Rebel victory, as the Alliance moved its headquarters to the frozen planet Hoth. Still, the moon was pivotal in organizing the Rebel fleet that was able to stop the first Death Star in its tracks.

Okay, we know a desert planet with twin suns isn’t top on everyone’s list of vacation spots. There are Jawas and dangerous Tusken Raiders to watch out for, and it’s hot and dry. But, there are some good reasons to visit, despite all the sand. This planet may have some of the most beautiful sunsets of the entire galaxy.

Tatooine boasts a number of bars to visit, including the infamous Mos Eisley cantina. If you’re just looking for blue milk, you might want to skip this one, but the band is enjoyable and if you’re lucky, you won’t get into any blaster fights. If you like podracing, be sure to visit for the Boonta Eve Classic, which is one of the most highly celebrated events on the planet.

The Star Wars universe is vast and the worlds are varied, but there’s no doubt that it would be so cool to visit any one of these planets! We’re going to start packing for a trip to hyperspace right now… Where would you most like to visit?
To bring the galaxy to your own home, check out Sideshow’s range of Star Wars collectibles and relive the epic saga without ever leaving Earth’s atmosphere!