Meet the Heroes from the Dungeons & Dragons TV Series! 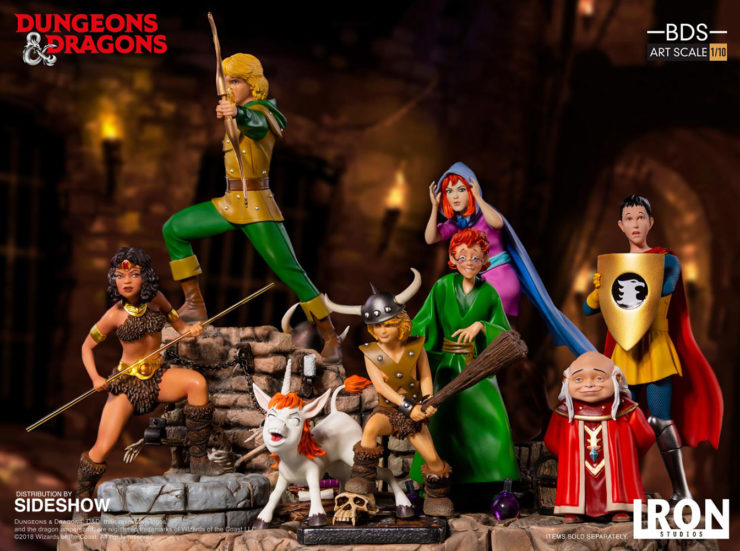 The beloved series followed them through multiple quests, each one getting them closer to getting home. They worked with the all powerful guide called the Dungeon Master, who led them through their journey, and aided them against the evil forces of Venger and Tiamat. Together, they were the perfect adventuring party, covering all the major classes in this iconic tabletop game-turned-TV series.

Fear not, collector! Let’s meet the heroes of Dungeons & Dragons. 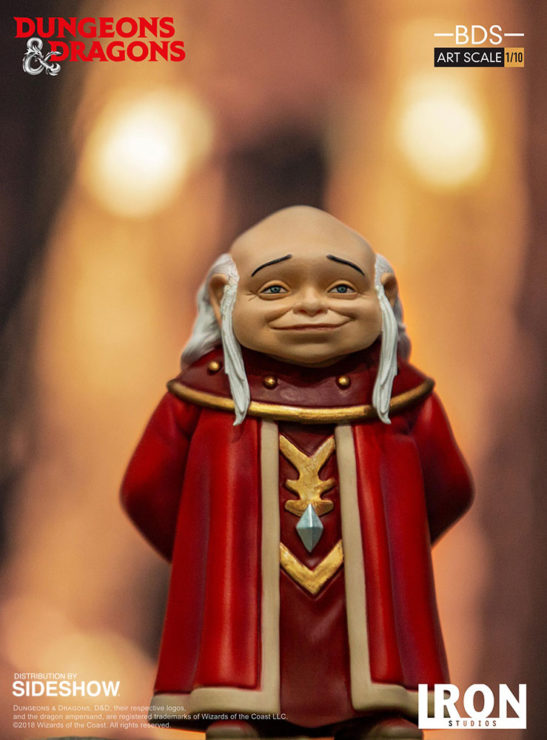 Dungeon Master is an all powerful magical man that acts as mentor and friend to the children. Whether they know it or not, all of his riddles and mysterious plans help them grow. However, all of his interactions truly had one goal: save the villains from themselves.

Both his son and daughter actually turned evil in an attempt to gain power in their mystical world, and Dungeon Master required help from the kids to return his children back to the side of goodness. The kids were always there for him, and eventually, he helped them find their way home. 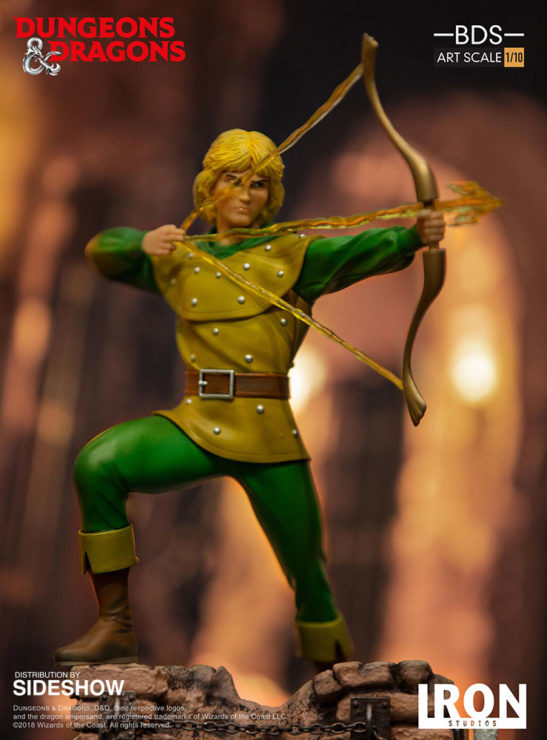 Hank is the oldest member of the group at 15 years old. He is the leader of the party, and he wields a magical bow that shoots arrows made of pure energy. As a ranger, his arrows create a magical glow that can light up any dungeon or dark room. He is the leader on their mission to return home, and he makes many of the big decisions.

More than anything, Hank is the protector of the group. He fights for their freedom and for their safety, and will stop at nothing to make sure that they’re okay. He cares about his friends, and its his big heart that truly guides them to where they’re supposed to be. 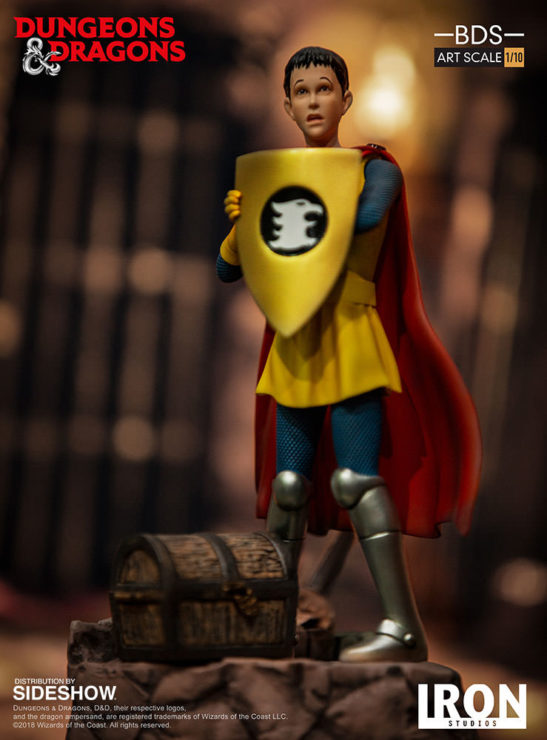 Eric is the second oldest at 15. He was once just a spoiled child from a rich family before being thrust into the magical realm of D&D. On the surface, he’s a coward, even afraid of his own shadow. And yet, in his heart, he is a hero. His magical shield is fitting for his true nature.

As a cavalier, he can create magical forcefields around his team, powerful enough to reflect even Venger’s magic. In fact, Eric has even been granted the powers of the Dungeon Master at one time, and nearly risks his life to save his team. While he is afraid, Eric will always do the right thing. 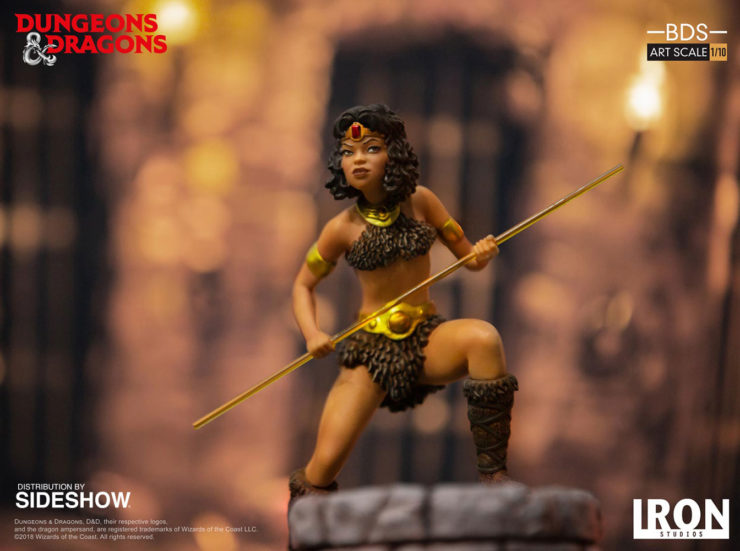 Diana is a 14 year old acrobat with a magical staff that can change sizes and mend itself. If the magical staff is broken, it can pull itself back together and heal again. Diana can do the same thing with the group. She has a personal connection with each member of the group and is able to bring them together even in the toughest situations.

Diana is a loyal and brave teammate who values friendship and honesty. The magical staff she wields functions as javelin and pole for vaulting. She is already an Olympic-level gymnast, capable of extraordinary feats of strength and acrobatics, making her a natural choice to take on the role of the party’s acrobat. 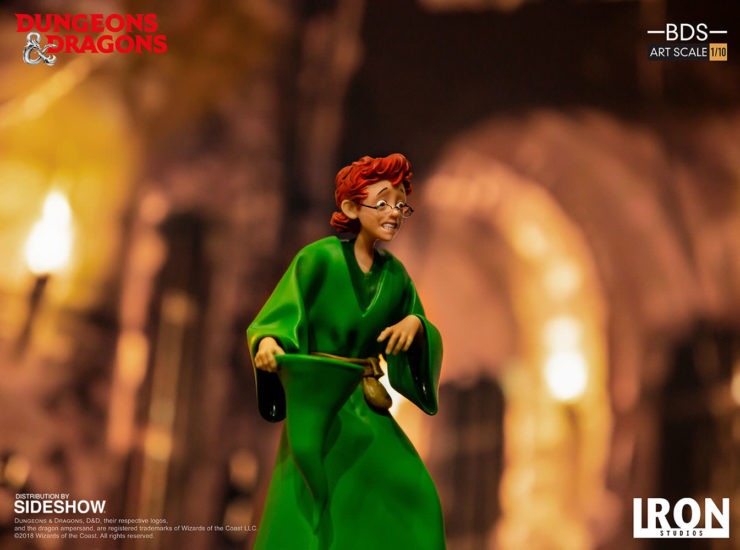 Albert is best known as Presto the Magician. He is a stereotypical 80s nerd, whose antics and clumsiness do not always go hand in hand with the necessary skill and tact of a wizard. Even his self-confidence dampens his magical abilities, which are granted through his magical hat.

However, Presto is able to pull any item the group could need out of his magical hat, and very frequently, it is his quick magic that saves the day. While he has the potential to be the most powerful in the group, he often gets in his own way. But when it comes to the team, Presto will always find a clever way to help. 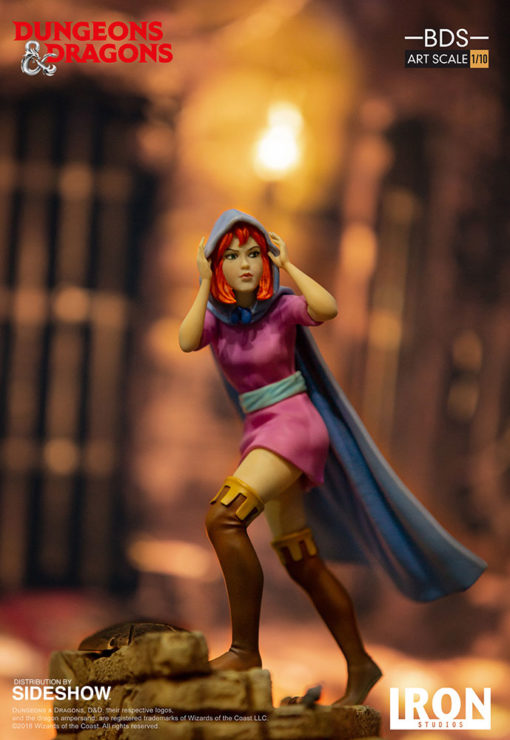 Sheila is a 13 year old thief and illusionist, with a cape that allows her to turn completely invisible. She can, in some cases, even teleport with her magical cloak.

Sheila is one of the most cunning and clever members of the team, always able to think fast and adapt to the strange challenges of their quest. As the thief, she has used a villain’s own weapon against them, and has even turned a villain good with her kindness. She is also Bobby’s older brother, and is incredibly protective of him and Uni.

Bobby the Barbarian (and Uni) 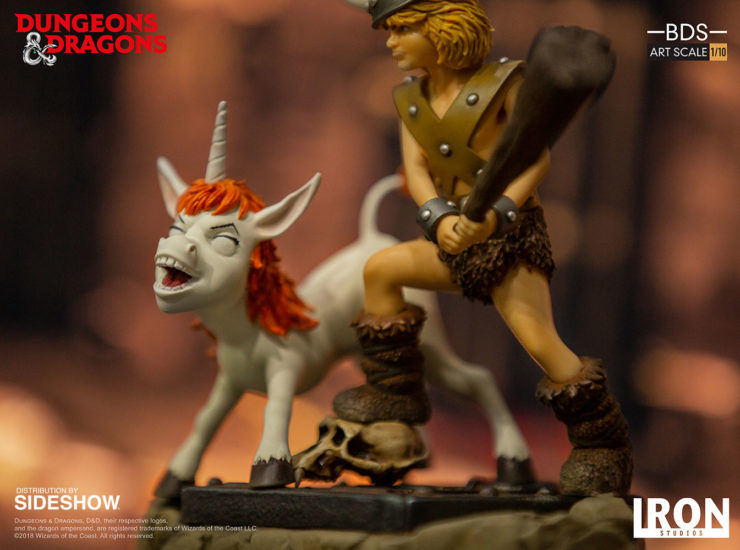 Bobby is the 8 year old barbarian of the group, with a magical earthquake-producing club. While Sheila, his older sister, is clever but cautious, he is impulsive and eager to fight. He might not be the oldest or the strongest, but he is more than ready to fight to protect those he cares about, especially Uni.

Uni is Bobby’s pet Unicorn with the ability to speak and sometimes teleport. Like Bobby, Uni is young and learning to use her strength. Bobby is the most emotional of the bunch, and the most vocal about his desire to destroy the villain Venger.

What’s your favorite Dungeons & Dragons TV series moment? Do you play Dungeons and Dragons? Let us know in the comments, and don’t forget to Let Your Geek Sideshow!

Fear not, Ranger, Barbarian, Acrobat! You can gather your very own adventuring party with the Dungeons & Dragons 1:10 Art Scale statues by Iron Studios, available now on our site. Each character features a detailed proximity base that can be displayed alongside other characters to create one giant scene!