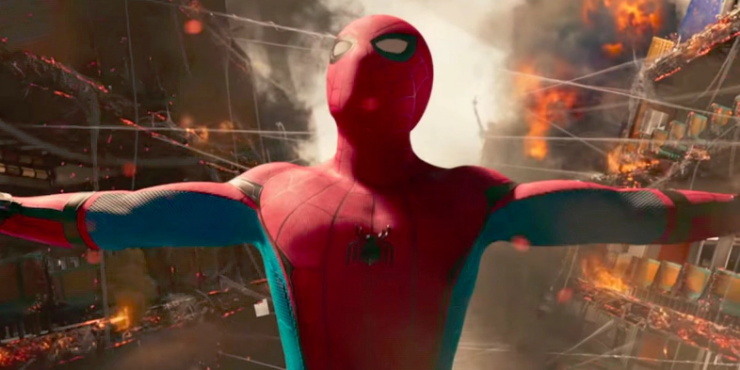 A new special on Spider-Man: Homecoming has revealed a couple of extra abilities of the film’s Stark-created suit. Along with recasting Peter Parker as Tom Holland to make the character school-aged, the biggest difference between this new version of Spidey and the previous Tobey Maguire and Andrew Garfield iterations is the suit. In Sam Raimi’s and Marc Webb’s films, the costume was mainly providing a way for Parker to hide his identity, but in the MCU it’s full of assorted gadgets.

Created by Tony Stark as an upgrade of his rudimentary homemade version, the suit debuted some of its bells and whistles in last year’s Captain America: Civil War, but we’ll get to see much, much more in next month’s Homecoming. Ahead of the film’s release we’ve already had several of the new suit abilities confirmed, such as web-wings and a drone, and now a couple more have been revealed… 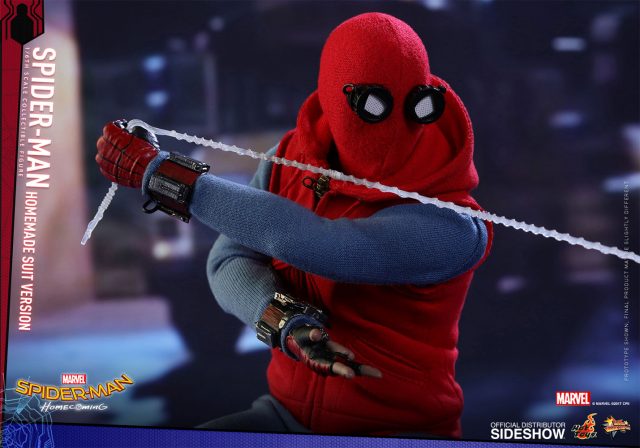 Part of the Disney Channel’s A Fan’s Guide to Spider-Man: Homecoming focused on the suit and featured a clip of a short exchange between Iron Man and an unmasked Peter. In the scene the teenager is sat on a jungle gym when Tony flies in; Peter asks how Stark found him, questioning if he’s being tracked, to which the billionaire responds “I put everything in your suit… including this heater“, instantly warming Spidey.

This explicitly confirms that, on top of an in-built GPS system for Peter, Stark can track the young hero wherever he is, highlighting the transition of Tony to father figure. The heating is less directly important, but does answer the question of how Peter fights crime in winter wearing nothing but thin spandex.

Despite a lot of new pieces of technology in the suit, in terms of design it’s actually very faithful to the comics, with a smaller logo and adjustable lens eyes reminiscent of the original Steve Ditko version of the character from the 1960s. In the Fan Guide special, everyone involved was keen to point out how iconic a look it is, with Tom Holland particularly excited:

“The suit is one of the coolest things that’s ever happened to me in my whole life. Wearing that suit for the first time was a dream come true. To this day I can’t actually believe that it’s happened.”

Although Tony will take the suit back from Peter during the events of Homecoming, it’s sure to make a return – and when it does may come with even more hidden surprises.

Bring all the wall-crawling action home with Sideshow’s extensive range of Spider-Man collectibles HERE.  For more collectibles of the Marvel universe, click HERE.

For the Honor of Grayskull: Presenting the She-Ra Statue