Star Wars: The Last Jedi™ was nominated for an Oscar® for Sound Editing and Sound Mixing, and there’s an extremely good reason why: The sounds that comprise Star Wars™ are just as iconic as the lore, the visual effects, and the characters themselves. In some cases, our favorite characters are our favorites because of the sounds that they make.

So what are these sounds? And do we know where they came from? Let’s explore. In no particular order, these are by far the most recognizable and iconic Star Wars sounds to grace us from a galaxy far, far away straight to our ears.

This stock sound made its way into the Star Wars universe in the very first film, and stuck around all the way through to The Force Awakens™. It became a sort of inside joke among the most hardcore fans, and it even made its way into other Lucasfilm properties, like Indiana Jones. The Wilhelm Scream is an iconic shout that’s somewhere between a yodel and a yelp, and if there’s a group of Stormtroopers™ falling off a ledge, you’re bound to hear it. Sound designer Ben Burtt, who worked on A New Hope, found the original recording of the scream. The studio reel was labeled “Man being eaten by alligator” and that’s exactly how it sounds. 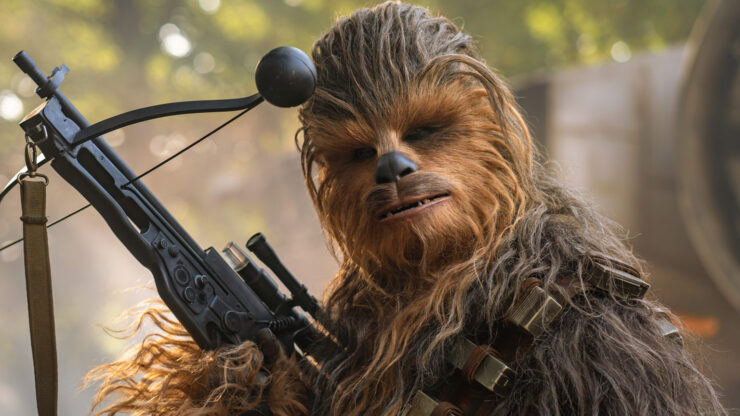 Burtt wanted to make something truly iconic for the big hairy creature with no lips that would soon be known as a Wookiee. Without any lips, it would be difficult to express the intricacies of emotion, but that wouldn’t stop Burtt. He relied on sounds that we already know, and sounds we already know how to interpret: the cries of animals. He layered and mixed a variety of animals to make the roar that we all know and love. He used the sounds of walruses, bears, tigers, camels, badgers, and more! With all of those sounds intertwined, spliced, and mixed together, every single growl and whine and roar from Chewbacca is perfectly emotive.

The lightsaber sound was actually the very first sound that Burtt ever made for Star Wars. His initial inspiration came from one of his jobs as a projectionist in a movie theater at USC. There were a series of interlocking motors that would hum to life, and as he turned on and adjusted the projectors one day, he realized it would be the perfect basis for the lightsaber hum. Then, he took a faulty microphone that was already buzzing, and recorded the static hum of a TV screen. Finally, to simulate the movement of the lightsabers in the middle of battle, he played this humming droning sound on a speaker, and waved another microphone past it.

While so many of the Star Wars sounds were created completely intentionally, there were some that were created simply through strange experimentations or, in the case of the iconic blaster shooting sound, completely on accident. Burtt was hiking through the Pocono Mountains in Pennsylvania and his backpack got caught on one of the guy-wires. It made a massive twanging sound, as the cling of his backpack rocketed up and away through the mountains. When he was back in Los Angeles for filming, he found guy-wires at a radio tower, and smacked them with a wrench until he had the perfect tone. 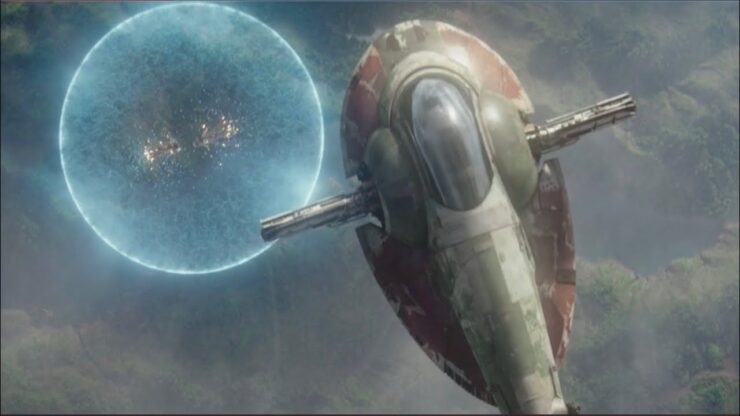 Sound designer Ben Burtt was extremely creative for this particular sound. The concept is more than just your run-of-the-mill explosion — it’s an exploration of power in and of itself. It’s an “audio black hole,” whose force is so destructive that the first moment is an overwhelming silence. And then a split second later, a powerful buzz that burns through the atmosphere rings true. With explosions powerful enough to slice meteors clear in half, the sound had to match the visuals, and it certainly holds up. It’s a good thing Obi-Wan Kenobi was able to avoid the charges!

Darth Vader was a menacing presence who loomed over the the entire Empire. He was perhaps the most terrifying figure in the galaxy, save for the Emperor himself. He was the enforcer, and he was the second in command to an oppressive military force. And if his position of power wasn’t terrifying enough, he was also a Sith who knew the strange magics of the Force. But perhaps the most terrifying thing about Darth Vader was his breathing, filtered through the strange technology clearly attached to his armor, and echoing through the halls of the Death Star. His breathing was created by recording labored breathing through old fashioned scuba gear, with all of its clicks and cranks. 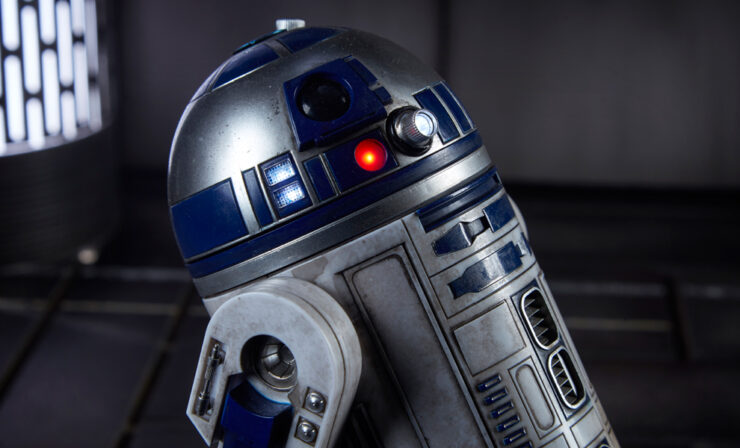 R2-D2 was an extremely unique sound that had to be both robotic and expressive all at once. How could something computerized truly “perform” in the way that a human would? After all, R2-D2 himself was played by actor Kenny Baker. Baker’s movement contributed to the expressive movement, but the sound also had to reflect his expressions. Once again, Burtt innovated. Burtt was able to feed a human voice through a microphone, and pass it through a filter of intricate modulations and modifications of his keyboard synthesizer, which allowed him to pick notes and effects for the voice.

Ian McDiarmid has single-handedly created one of the most iconic Star Wars sounds from all of the films: the sinister laugh of Darth Sidious. As Emperor Palpatine, McDiarmid was charming and jovial. He was generous and thoughtful in his performance. As Darth Sidious, he turned into a wicked, spiteful, slobbering man, whose true power came from the primal fear and distrust of another man. The villain was horrific, not just in his actions, but in his glee amidst the horrors. Palpatine’s laugh was so iconic that it was even used in the teaser trailer for Star Wars: The Rise of Skywalker. Even without his face, the laugh was enough to reveal his return.

TIE Fighters practically rip across the screen ever time they appear in the Star Wars trilogy. They are represented by their sound just as much as they are represented by their fascinating wing designs. The noise was meant to terrify, and it worked well. He sampled the sound of an elephant’s trumpeting from the 1958 film The Roots of Heaven and mixed it with the sound of a car plowing through water across pavement. The mix of sounds once again was simulated so that it would move across the screen. Suddenly, when a threatening ship passed by, you’d hear it, and know the TIE Fighters had arrived. 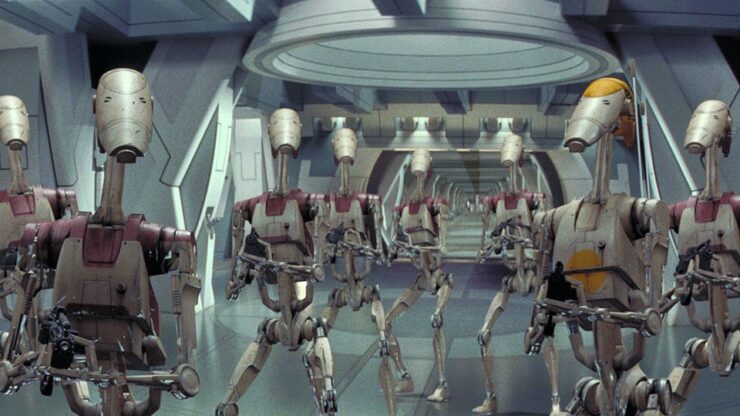 Sound editor Matthew Wood is the man behind the iconic voices of the B1 Battle Droids, not only in the prequel series but in the entirety of the animated series Star Wars: The Clone Wars. Just as Dee Bradley Baker voices all the clones, Matthew Wood voices all the droids. Wood is also known for voicing General Grievous in the films, in the game, and in the Clone Wars series. We can thank him for many of our favorite sounds, including Grievous’ cough but also the iconic B1 Battle Droid response: “Roger Roger!”

Which Star Wars sound is your favorite? How often have you tried to imitate them all? Which one have you never tried before? Let us know in the comments, and as always, don’t forget to Let Your Geek Sideshow! 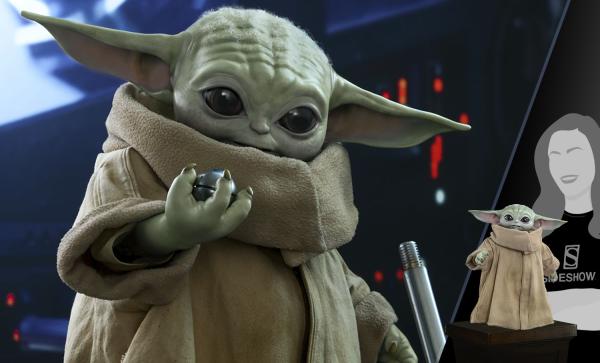 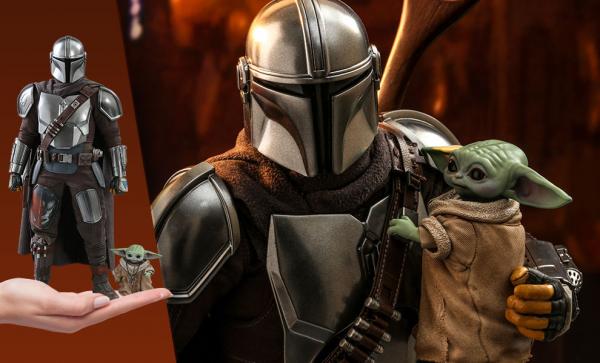