New Mutants – Who is Magik?

The mutant Illyana Nikolievna Rasputina, also known as Magik, first appeared in Giant Size X-Men #1 in May, 1975. Chris Claremont then expanded on her origins in a 4 issue limited series that revealed just how powerful she truly is.

But with The New Mutants second movie trailer dropping, and the release date just on the horizon, do you truly know how powerful Magik is? Let’s explore her origin, powers, and possible future. 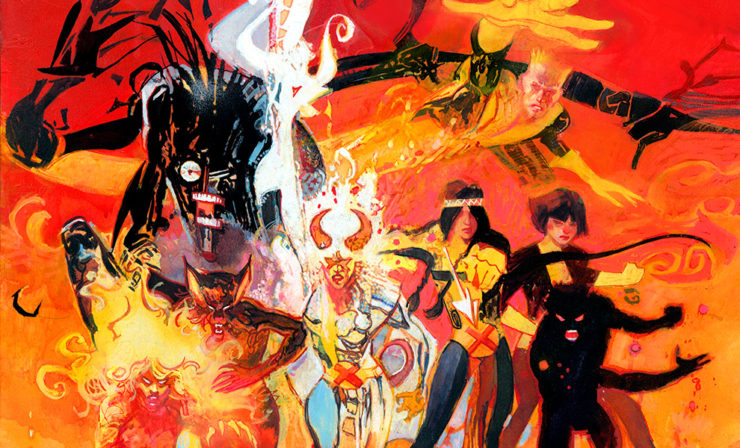 Illyana Rasputin comes from a long line of powerful mutants and mages, starting with her grandfather Grigori Rasputin. Illyana was born in Russia, and raised alongside her brother, the powerful X-Men team member Colossus. Before her mutant genes manifested, he called her his “little snowflake” since she was so gentle and pure.

But she wouldn’t stay gentle for long.

A hell lord named Belasco captured her and pulled her into an alternate dimension, the demonic realm of Limbo. Belasco trained her in art of dark magic, and an alternate reality Storm trained her in the art of light magic. She trained for seven years in Limbo before she could overpower her sinister captor.

After years of training in hand to hand combat, sword-fighting, and both dark and light magic, Illyana Rasputin became the Sorceress Supreme of Limbo. She learned how to pull incredible energy from her soul and shape it into a powerful weapon called the Soulsword. She resisted Belasco’s dark magic, but darkness was still a part of her. In times of challenge, she became more demonic, overcome with her ingrained evil.

But Magik always found her way back. 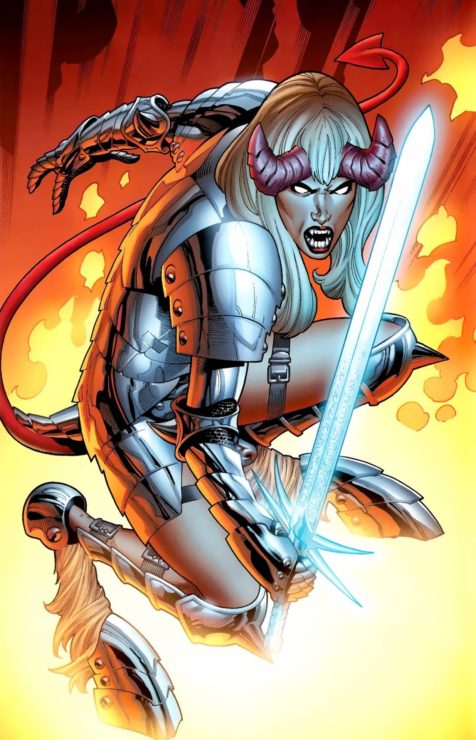 Finally, she was powerful enough to return to Earth. What she didn’t realize was that 7 years in Limbo was really only a second on Earth. She returned a completely new person with completely new powers.

Her magic is directly tied to Limbo, so she’s much less magical on Earth. In order to become a more powerful magician on Earth, she has trained with Doctor Strange.

She is also a powerful a mutant. Her mutation allows her to construct something called stepping discs. These discs can work as levitating platforms, or they can work as portals through time and space. By using Limbo as an inter-dimensional stepping stone, the stepping discs can open a portal and teleport you to anywhere in the world or to any-when in time.

Magik can always summon her Soulsword straight from Limbo, a power that only the ruler of Limbo can utilize. The Soulsword has unique powers all its own. It can disrupt magical energy and slay any magical being, but it passes straight through normal people without harming them. There is no way she could hurt any innocents with her kind but powerful soul.

The more she uses the Soulsword, though, the more she becomes covered in a mysterious eldritch armor. The armor continues to grow and cover more and more of her, but it’s unclear exactly what effect this armor has. All that is known as that the more the armor covers her, the more outwardly demonic she appears.

And yet, mysterious and demonic as Magik may be, she always fights for the greater good alongside The New Mutants and as a valuable part of the X-Men team.

What member of The New Mutants do you want to learn about next? Let us know in the comments, and don’t forget to Let Your Geek Sideshow!