With the success of Netflix’s The Umbrella Academy, many fans have been introduced to the fact that Gerard Way, of My Chemical Romance fame, has had a meaningful impact on the comics landscape in the last decade or so.

In addition to creating his own original super-team and revitalizing DC’s Doom Patrol, Way recently wove his way through the Spider-Verse for Marvel Comics, imagining a new style of Spider-Hero: Peni Parker and her incredible mech SP//dr. 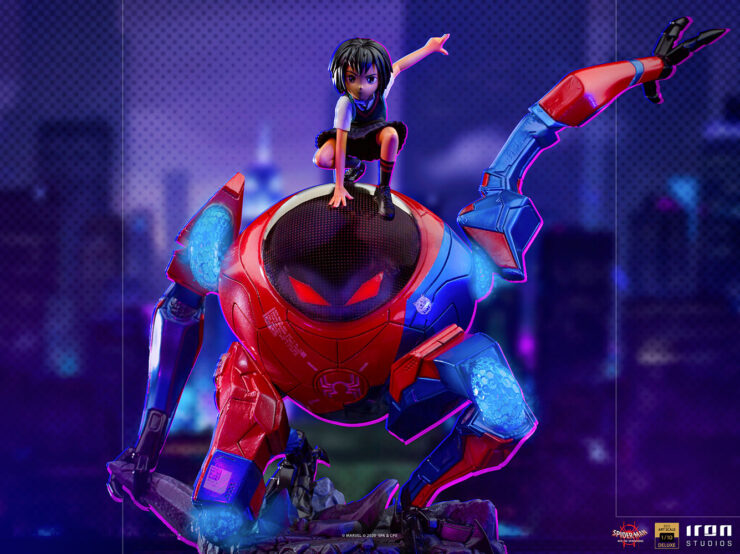 Peni Parker and SP//dr made their big screen debut in the smash-hit 2018 film Spider-Man: Into the Spider-Verse. They appeared animated in a cutesy style reminiscent of Japanese anime, as a nod to the character’s origins and inspirations. It’s no secret Peni takes after the many greats of the mecha genre, bonding with her robotic counterpart to protect her city. But did you know that before the movie, she’d been around in comics since 2014?

Let’s untangle the web and get to know Peni and her partner in stopping-crime.

To understand Peni’s role in piloting the SP//dr suit, first we have to take a look back at how the suit came into her possession. Admittedly, not much is known about Peni Parker’s father (though it’s suspected he was the Earth-14512 version of Peter Parker), who was the previous pilot of the giant mech. He was a brave protector of New York City and worked in tandem with the radioactive spider whose mind was the other half of the suit’s CPU, but sadly her father died in an explosion when the girl was only nine years old.

Uncle Ben and Aunt May informed Peni that she was the only person who could carry on the legacy of the suit, but it would require her to be bitten by that same radioactive spider in order to be compatible with the SP//dr mech. She accepted this responsibility and soon took up the mantle of protector for her city.

Inspired by the great mech suits of series like Neon Genesis Evangelion, the SP//dr suit is about 9′ tall, designed by Oscorp as a protection unit. The radioactive spider in its inner workings operates like a co-pilot, assisting the suit-wearer in navigating the robotic armor. While in the film, SP//dr has a rounder appearance, in the comics it is a tall, bipedal, almost humanoid suit with a portrait reminiscent of Spider-Man’s mask.

The suit Peni drives is the the Mark 5 edition of SP//dr, and it has wrist-mounted web shooters like any good Spider-Hero should.

Peni Parker confronted many villains as the protector of New York City. One of her greatest foes was Mysterio, who was involved in illegal biological enhancement dealings in the underground of the city. She also teamed up with Daredevil, a more armored and futuristic version of the Hell’s Kitchen hero, while in pursuit of Mysterio.

Her adventures have caused her to cross paths with a lot of heroes throughout the Spider-Verse, often called Spider Totems. As in the movie version, Peni Parker and SP//dr have met Peter Porker, the Spectacular Spider-Ham, as well as Ezekiel Sims, called Old Man Spider. 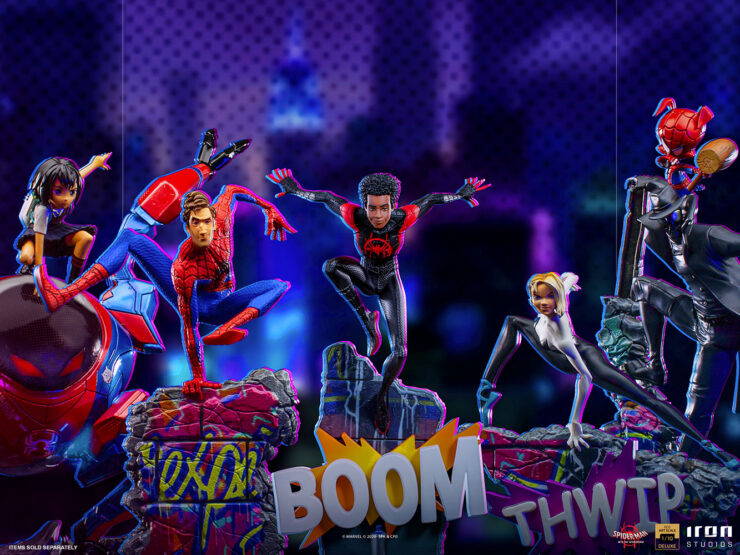 In keeping with the Spider-Man tradition, however, Peni had her own version of Venom to fight- VEN#M, a Sym Engine suit piloted by her classmate Addy Brock. The suit was powerful but dangerous, eventually breaking protocol and assimilating Addy and even Aunt May (as an homage to some of the Evangelion Units in NGE).

In a battle against the kaiju M.O.R.B.I.U.S., Peni and SP//dr were forced to take down VEN#M with cunning and Web-Trap tech, as physically, Peni and her suit were not strong enough to match the Sym Engine technology.

Of course, a lot of this background doesn’t get explored in the Into the Spider-Verse film, but with a sequel on the way, fans can only hope to see Peni Parker and SP//dr suiting up again soon!

Did you know about Gerard Way’s contributions to Marvel Comics? Do you hope to see more of Peni in Spider-Verse 2? Let Your Geek Sideshow and share your thoughts in the comments! 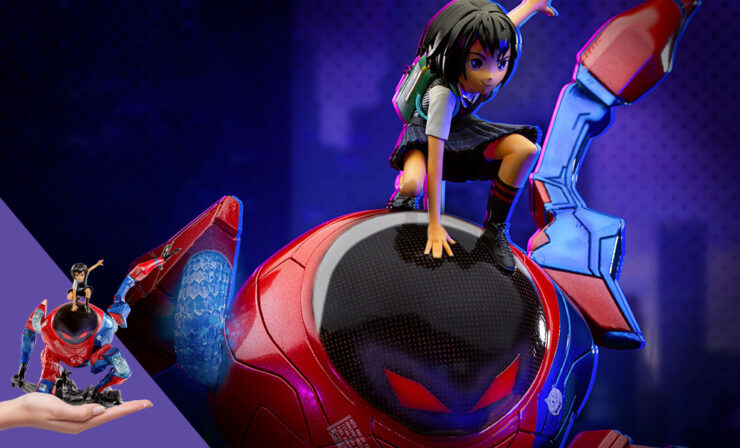 If you’re looking to bring home Marvel statues of all your favorite Spider-Verse heroes, check out these Spider-Man collectibles available now. Don’t miss the Peni Parker and SP//dr Deluxe Statue, so you can team up with this incredible animated duo! 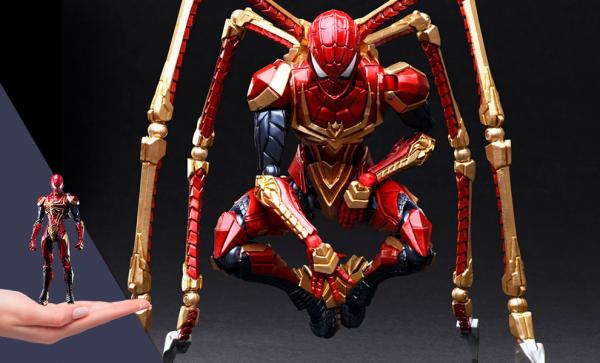 Painting The Mandalorian™- Behind the Scenes at Sideshow