As the force-sensitive Inquisitor Reva, Moses Ingram will prove a formidable new foe in #ObiWanKenobi as she seeks out Jedi-in-hiding for the Empire. Director Deborah Chow and writer Joby Harold describe the character as ruthlessly ambitious. https://t.co/brdtgkB0J4 pic.twitter.com/XjXD0CXVky

Entertainment Weekly shared exclusive new photos from Star Wars: Obi-Wan Kenobi™. The photos give us our first look at Inquisitor Reva™, a ruthlessly ambitious dark side Force user that hunts Jedi-in-hiding™ for the Empire. Obi-Wan Kenobi will arrive on Disney+ on May 25.

HBO Max and DC Comics released the first official trailer for the limited-series DMZ. The trailer follows a woman navigating through a distorted and fractured Manhattan in a quest to find her lost son. DMZ will wander onto HBO Max on March 17. 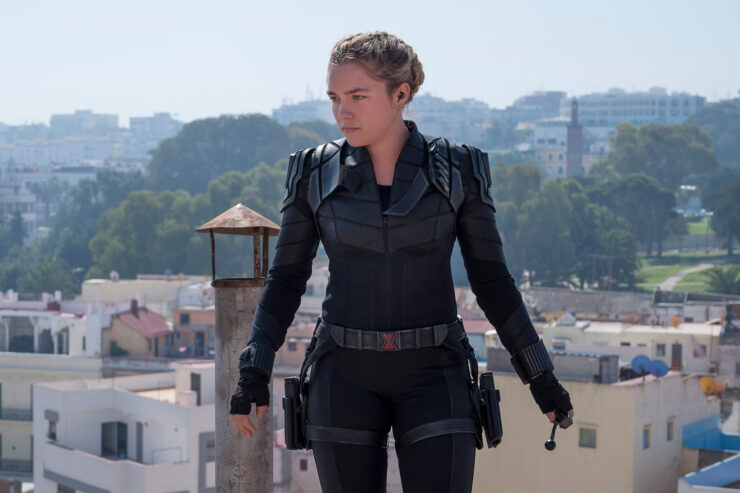 Florence Pugh (Marvel’s Black Widow) is in talks to join Dune: Part 2. Should the deal go through, she would play Princess Irulan, the daughter of the Emperor. Dune: Part 2 will debut on October 20, 2023.

Gotham will always need its heroes. Suit up for an all-new adventure on 10.25.22. #GothamKnights pic.twitter.com/d7oV2LbcT8

WB Montreal and DC Comics confirmed the release date for their upcoming game Gotham Knights. The announcement came with a photo of The Clocktower, presumably Oracle’s headquarters, looking over Gotham City. Gotham Knights will premiere on October 25, 2022.