VENGEANCE HAS ARRIVED. #TheBatman is NOW PLAYING, only in theaters. Get your tickets NOW! pic.twitter.com/SkVnMViO1V

DC Comics and WB released their newest film The Batman. The film follows the early years of Batman as he struggles with the villainous Riddler and The Penguin. Matt Reeves’ The Batman is in theaters now.

There's a fine line between genius and insanity, and it happens to be f*cking DIABOLICAL. The Boys Presents: Diabolical premieres on March 4th on @primevideo #BOYSDiabolical pic.twitter.com/6Slk3Js0mz

Paramount released a poster for Sonic the Hedgehog 2. The poster shows Sonic’s silhouette in front of a beam of light piercing through the sky and calling for his help, in a clear reference to The Batman. Sonic the Hedgehog 2 will run into theaters on April 8. 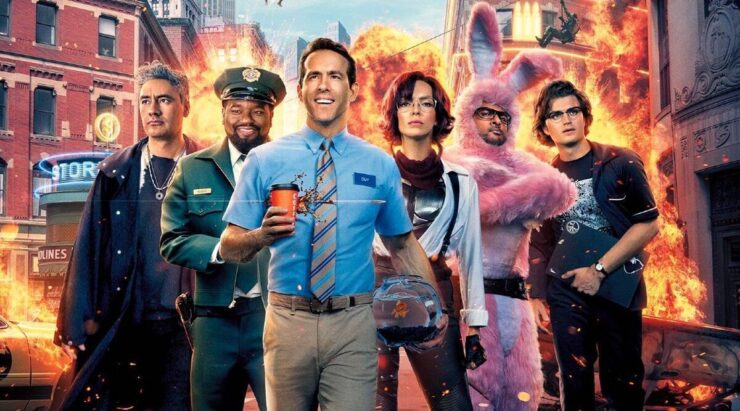 In an interview with The Hollywood Reporter, 20th Century Studios president Steve Asbell shared an update about Ryan Reynolds’ Free Guy. He confirmed that a script for the second film is days away from completion. He also confirmed that there will be multiple installments of the Free Guy franchise.