Across generations, the Star Wars™ saga has created an epic legacy filled with legendary characters who have impacted pop culture as we know it. That legacy cannot be fully celebrated without remembering the late, great Carrie Fisher, whose bold sense of humor and attitude inspired audiences to be rebels just like Princess Leia™. 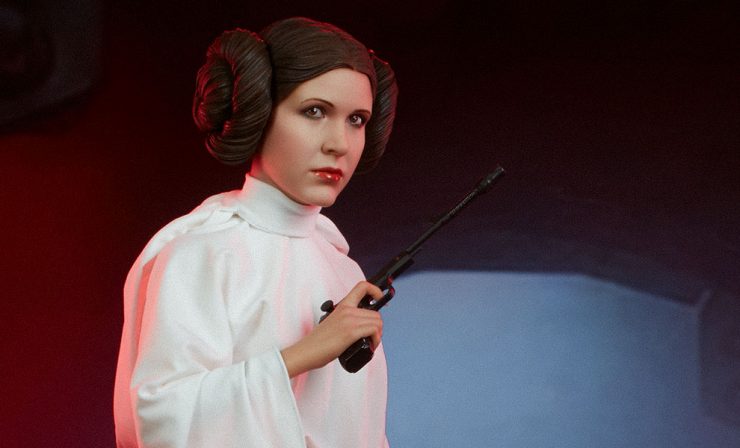 Fisher touched the lives of every Star Wars fan with her wit, charm, and strength while playing our favorite royal rebel on screen, but she also is remembered for having some incredibly memorable disses throughout the movie saga.

In honor of Princess Leia’s legacy, let’s dust off some of her rebel highness’ best insults that you can use to channel the Force of Carrie Fisher in your daily life.

“Governor Tarkin, I should have expected to find you holding Vader’s leash. I recognized your foul stench when I was brought onboard.”

Kicking off this list is this scathing double-diss of both the intimidating Sith Lord Darth Vader™ and one of the Empire’s leading officers, Tarkin™. This insult is made all the more entertaining now that Rogue One™ has shown us exactly what sort of day these commanders were having before Princess Leia came into the picture. 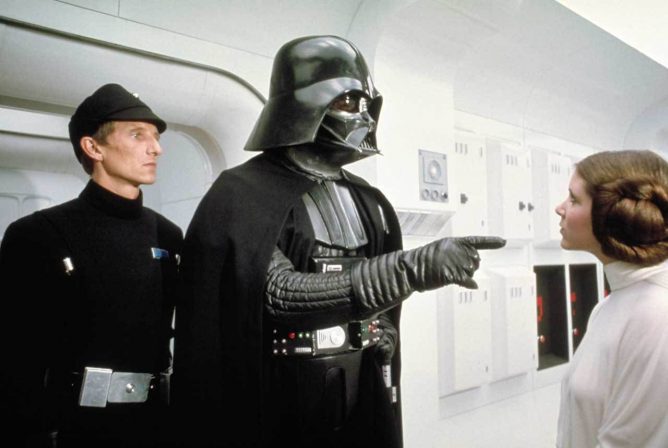 “Aren’t you a little short for a stormtrooper?”

Leia is no damsel in distress, so when Luke Skywalker™ arrives to bust the princess from her holding cell, she immediately makes a jab at his height. The stormtrooper™ remark is playful, but also proves she’s not too worried about being captured by the Empire if she has time to make jokes about her rescuer. Judge him by his size, do you? 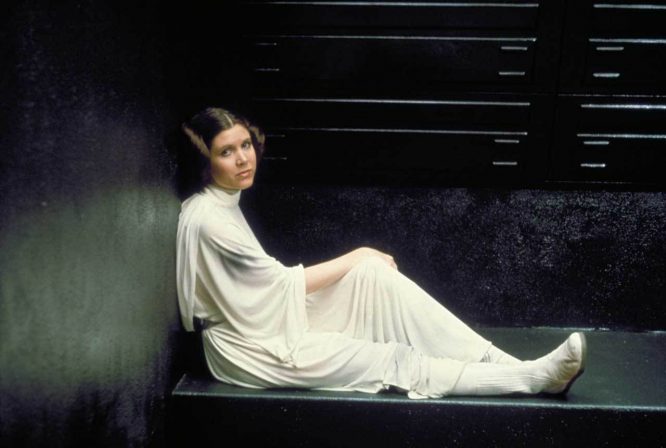 “You have your moments. Not many of them, but you do have them.”

Princess Leia can’t help but deliver a compliment that manages to undermine Han Solo’s™ clever escape plan in The Empire Strikes Back™. After the two have been very tense together as the Rebels must escape Hoth™, Leia still can’t completely cut him a break. Still, this is one of the sweeter exchanges the two share in the film, and a kiss on the cheek gets Han to smile. These two have their moments!

Okay, so remember that nice moment Leia and Han had up above? Well, this one wasn’t quite so sweet. After Han smugly offers Leia a “goodbye” kiss, she tells him she’d rather share a smooch with a big, fuzzy Wookiee™ than to plant one on the charming smuggler. Unfortunately for her, that could be arranged. Where’s Chewie™ when you need him? 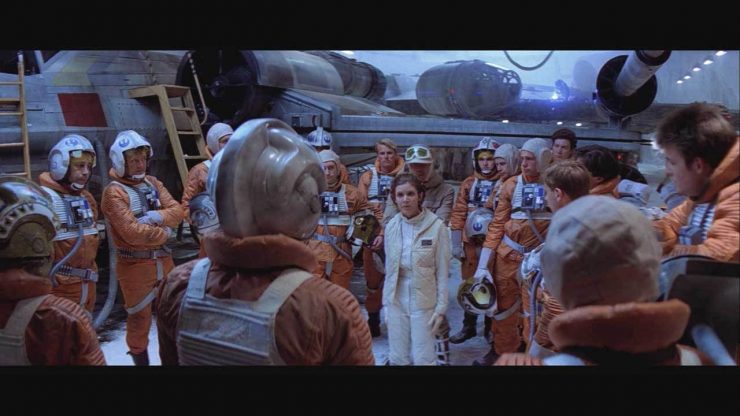 “You came in that thing? You’re braver than I thought.”

After Leia gets her first look at the Falcon, she isn’t afraid to announce her disdain. While it might not be impressive as Alderaan’s™ Tantive IV™, the Millennium Falcon ™gets the job done. Unfortunately for Han Solo, this reaction is nothing new — Luke also called it a piece of junk. Even the heroes of The Force Awakens™ know it as garbage. No respect for the ship that made the Kessel Run™ in less than 12 parsecs!

“Will someone get this big walking carpet out of my way?”

So much for kissing the Wookiee. Not even Chewbacca™ can escape her insults as she pushes him out of the way in the Hoth Rebel base. Though, for being on a frozen planet, the warm, hairy Wookiee might not be so bad to have around. It seems as though the princess’ patience is running low on Hoth, so everyone else is walking on thin ice! 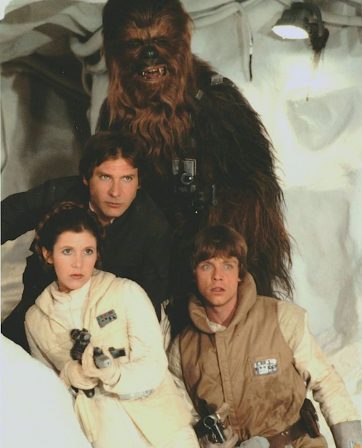 “Someone has to save our skins. Into the garbage chute, flyboy.”

Although Han and Luke thought they were coming to save Leia, as the trio escapes from the stormtroopers it becomes clear that the princess is going to be the one taking charge of the mission. While flyboy might not be Leia’s most clever insult, it definitely shows her disdain for her bumbling rescuers, who didn’t exactly have a full plan for outrunning the Empire. 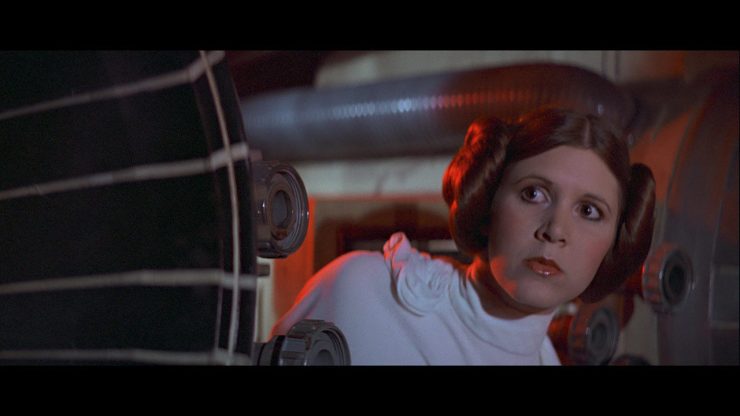 “Get your head out of your cockpit.“

As a wizened general in The Last Jedi™, Leia Organa has seen enough cocky pilots and hotshot rebels in her time in the galaxy. When confronted with the brash and headstrong Poe Dameron™, she urges him to get past his narrow thoughts and consider the greater good of the Resistance. But, of course, she does it with that signature Leia sass. 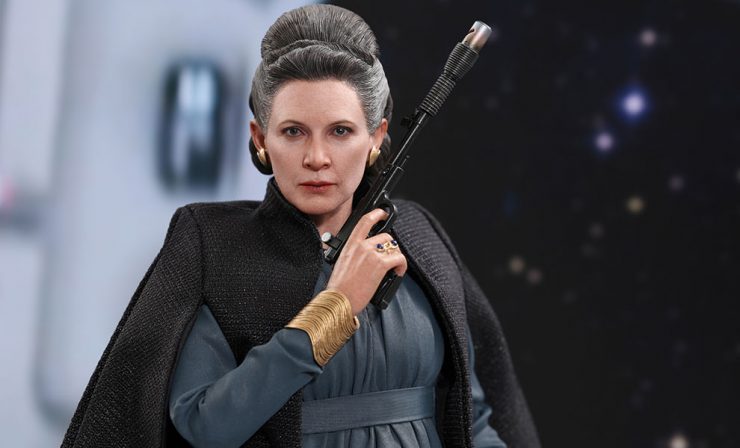 “I don’t know where you get your delusions, laser brain.”

Han Solo, reluctant to stay in the Hoth Rebel base much longer, finds that his favorite way to pass the time is by flustering Princess Leia. In response, she delivers this articulate insult, which isn’t remembered nearly as much as her other, wordier nicknames for Han. Still, laser brain might be one of the most satisfying and least difficult Star Wars insults to use, especially when compared to…

This is arguably Princess Leia’s most memorable diss, aimed at Han Solo in the Rebel base on Hoth. It’s a bit of a tongue-twister at times, but if you can perfect the cadence, it certainly is useful in a good number of situations. The pure annoyance in Leia’s voice lets you know all you need to understand that nobody, especially Han, wants to be caught herding nerfs. Save this one for someone really frustrating!

Throughout the Star Wars saga, Princess Leia has always been a beacon of hope, guidance, and some serious sass, teaching all of us to be a little more rebellious in our lives. May the Force be with us, especially as we try to lay down Leia’s best insults in our own conversations!

If you’re looking to add some new Star Wars figures to your collection, let Sideshow be your co-pilot. Tell us your favorite Leia comeback in the comments, and don’t forget to Let Your Rebel Sideshow!