Marvel fans across the Multiverse have something new to celebrate! We might not be forming a super-secret boyband, but Sideshow is excited to announce that we will be carrying select Queen Studios Marvel Life-Size Busts through a new distribution partnership. 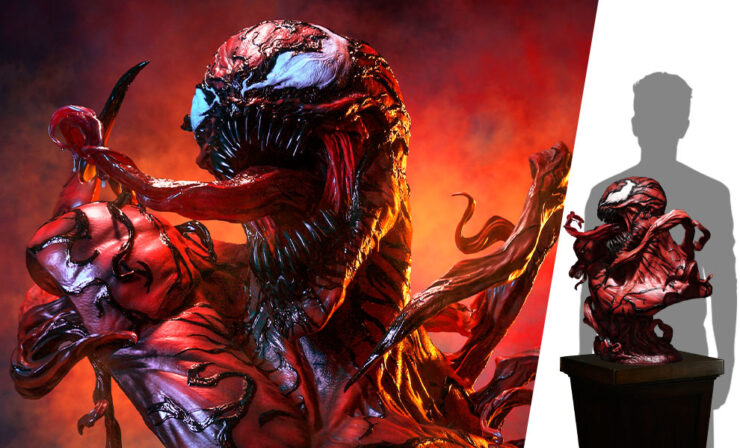 Queen Studios has made a significant impact on the collecting scene since their debut in 2018, creating exceptionally detailed and highly realistic recreations of fan-favorite super heroes and villains. Even Marvel’s editor in chief, C.B. Cebulski, was drawn to their incredible craftwork, opening the door to even more marvelous opportunities to create unbelievable collectibles.

Presented in a 1:1, life-size scale, Queen Studios’ limited-edition Marvel busts put the collector face to face with iconic characters from Marvel Comics, the Marvel Cinematic Universe, and beyond. Now, fans hoping to add this artistry to their collections can look for select Queen Studios products available through Sideshow.com.

This will be the first time collectors can find Queen Studios collectibles on the site, meaning customers can now take advantage of earning Sideshow Rewards on their Queen Studios purchases. Collectors also have access to Sideshow’s industry-leading customer support team and flexible payment plans to better suit your collecting budget.

Those who miss out on securing a purchase can use the Waitlist Reservation feature for these highly sought-after pieces that are sure to sell out quickly — but don’t delay. Check out these Queen Studios releases that you won’t want to pass up on. Even Taneleer Tivan would be jealous of your collection!

The first items arriving through this distribution partnership include incredible suits, synthezoids, and symbiotes that fans won’t want to miss:

The Carnage 1:1 Scale Bust (pictured above) depicts one of Marvel’s most crazed killers, just moments before a lethal attack. His signature symbiote tongue and teeth are detailed with resin saliva for added realism. A character nameplate completes the display, making this a must-have for Spider-Man statue fans. 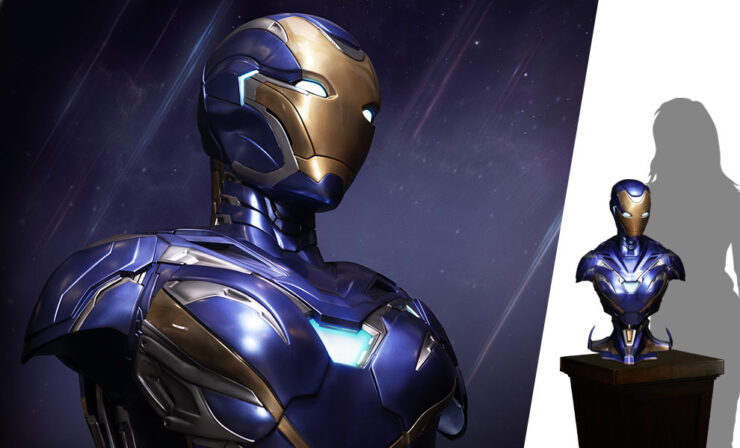 The Pepper Potts (Rescue Suit) 1:1 Scale Bust brings this beloved Stark armor from the screen to your shelf. Based on the live-action appearance of the Rescue Suit in Avengers: Endgame, this detailed bust features internal lighting on the eyes and arc reactor. Her metallic paintwork is carefully applied in the signature lavender blue, champagne gold, and silver color scheme.

Even more Iron Man armor designs join the House Party Protocol with the Iron Man Mark III 1:1 Scale Bust and the Iron Man Mark VII 1:1 Scale Bust. The Mark III expertly recreates Tony’s first time in the iconic red and gold color scheme, as seen in Iron Man (2008). Following the suit that launched a cinematic universe, the Mark VII shows Tony’s refinement of his craft as he assembles alongside other iconic Avengers in a milestone movie event. Each Iron Man bust (sold separately) features lights in the eyes and arc reactor as well as the unique mechanical construction of the individual suit styles. 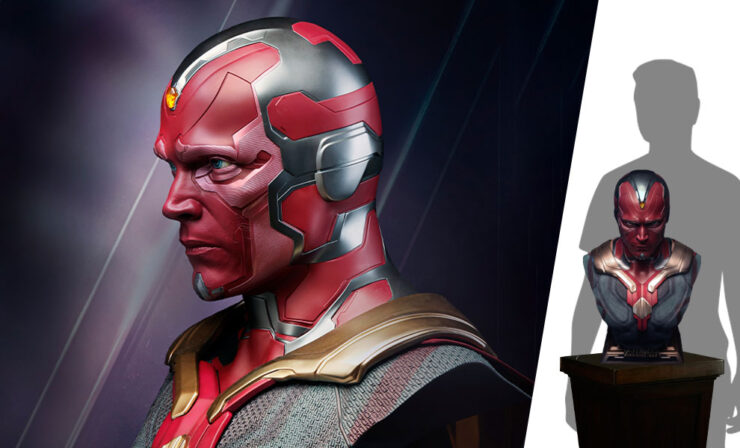 The Vision 1:1 Scale Bust might just be the easiest way to add the Mind Stone to your collection — but don’t tell Thanos. Based on the intelligent android’s appearance in Avengers: Infinity War, this soulful Marvel bust appears almost human. Vision’s trademark green and crimson finish features all the intricate textures and designs seen on screen, finished with a fabric cape and a light-up Infinity Stone on the forehead.

Make mine Marvel! Collectors can now add these incredible Queen Studios pieces to their collection, available at Sideshow.com.

Is Scarlet Witch Actually a Villain in the MCU?