The Resident Evil video game series is a horrific view into an alternate timeline riddled with biological anomalies and deadly viruses wreaking havoc in the world thanks to the work of the Umbrella Corporation.

These viruses and genetic changes in the world often spawn legions of terrifying, unimaginable creatures. And whether they’re the worst of the monsters, or the masterminds pulling the strings behind it all, the Resident Evil series has a variety of truly sinister characters serving as epic boss fights for our protagonists.

If you’re as brave as Leon S. Kennedy or as precise as Ada Wong, let’s take a shot at exploring a list of just a few of the best bosses in the Resident Evil Series. 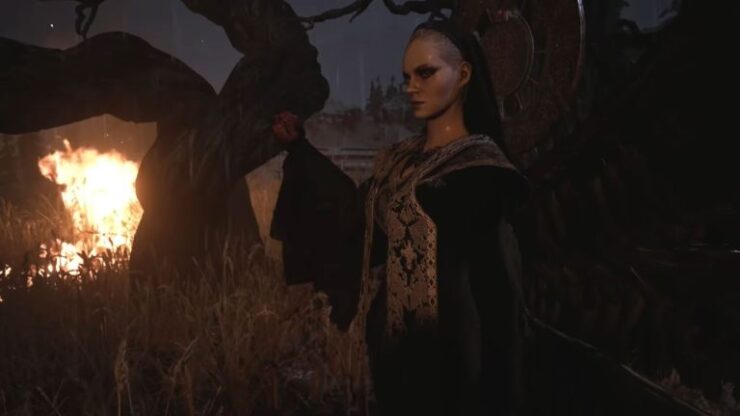 Her followers call her “Mother” and that title makes plenty of sense. She is well over 100 years old. Why doesn’t it show? Because she has the ability to alter her form. But how did that all come to be?

It all started with her daughter Eva getting the Spanish flu. After Eva died, Miranda dedicated her life to inhumane scientific experiments that would be able to bring her daughter back to life. Using a fungus root called Megamycete, she was able to increase her intelligence and lifespan. When the Megamycete was used in conjunction with parasitic nematodes, she was able to alter genetics dramatically.

First she only made Lycans, but eventually, she successfully altered the DNA of Alcina Dimitrescu, Donna Beneviento, Salvatore Moreau, and Karl Heisenberg. They became her “children” and the four lords of the village where they ruled. The fungus also changed her, allowing her to grow wings, change shapes, and more, making her nearly deific in the eyes of the villagers.

It took more than a miracle, and practically killed Ethan and Rose, but finally, the world was freed from Mother Miranda’s cruel experiments. 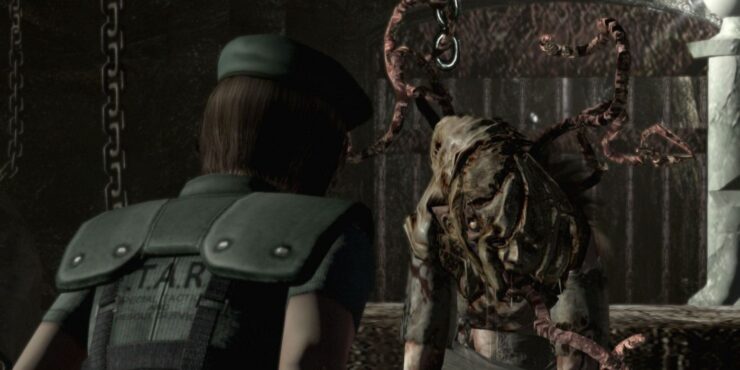 The virus changed Lisa physically and mentally, and the company was thrilled. The virus didn’t change Lisa’s mother at all, so they disposed of her. Lisa became obsessed with finding her mother, so the Umbrella Corporation used fake stand-ins to convince Lisa to go through more experiments.

Each new test made her stronger and more resilient. Nothing could kill her- nothing but a massive explosion set off by Doctor Albert Wesker. 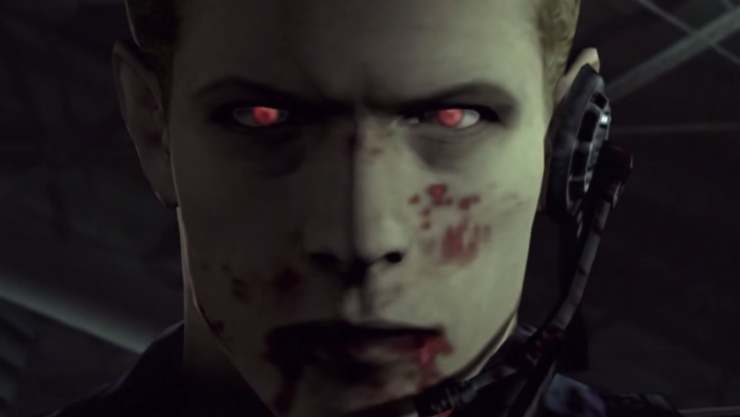 It was Doctor Albert Wesker who extracted the Golgatha Virus from Lisa Trevor. In fact, he had a hand in creating quite a few of the most sinister bosses in the Resident Evil series. He worked with a series of heartless organizations, manipulating events from the shadows. And even though Umbrella tried to win his loyalty from a young age, he was only ever loyal to himself.

Umbrella enhanced him with a “W Virus”, but that didn’t make him loyal, it only made him heal faster and fight harder. Eventually, he’d kill the founder of Umbrella. Eventually, he’d use too many viruses on himself, and become an unrecognizable creature.

It took until Resident Evil 5 for Chris Redfield to finally kill him, shoving him into a pit of lava. 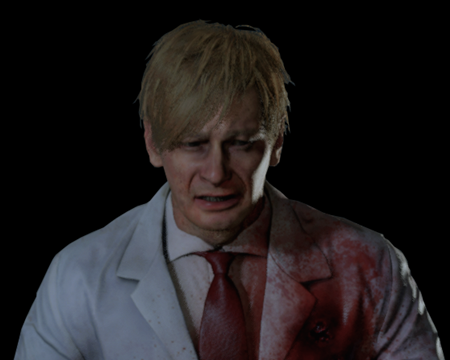 Wiliam Birkin was a child prodigy who was so unbelievably intelligent that he earned his doctorate in biological research by age 15. He was also unbelievably cruel. That’s why Umbrella Pharmaceuticals knew that he was perfect for their experiments.

Birkin worked along with Albert Wesker in the Arklay Lab, where Lisa Trevor was being held. It was his cruel methodology and his continued experiments that tortured her day in and day out.

It was Birkin that was finally able to extract the Golgatha Virus. But the G-Virus had its flaws. It would only properly bind with one in ten people. When the Arklay facility was being raided, Birkin was shot. The only chance at saving his life was the G-Virus, but his genetics simply were not a match. He mutated into a massive and grotesque creature, ever growing in size and shape, only to explode in a self-destructing escape train within the imploding laboratory. 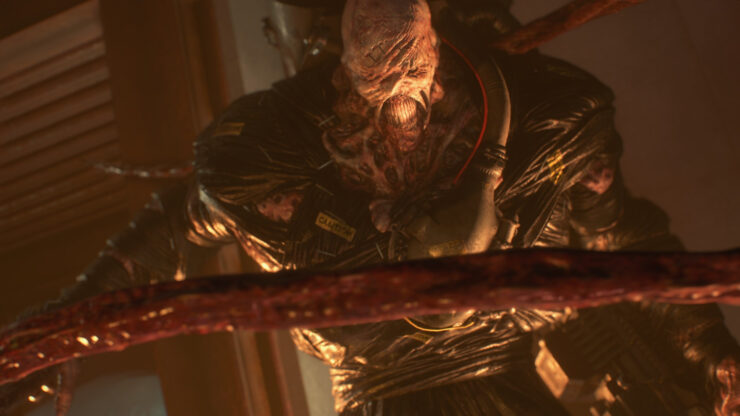 Nemesis is a boss that is so powerful that he’s practically intended to be undefeated. Jill Valentine could be nearly anywhere on her mission, and Nemesis would show up. But how did Nemesis come to be such a perfectly undefeatable and terrifying beast?

It all started with the Tyrant Virus, or the T-virus. It certainly had its flaws, like causing organs to be exposed, but it gave subjects incredible healing abilities. Using a parasitic power similar to Lisa Trevor’s, people could be enhanced with great strength, healing, and the ability to take perfect orders.

Take that monstrosity, and add a rocket launcher (or flame thrower) and you’ve got yourself Nemesis. It’s unclear if Jill could have ever really killed him, but at least we know that a Nuclear Bomb will do the trick. 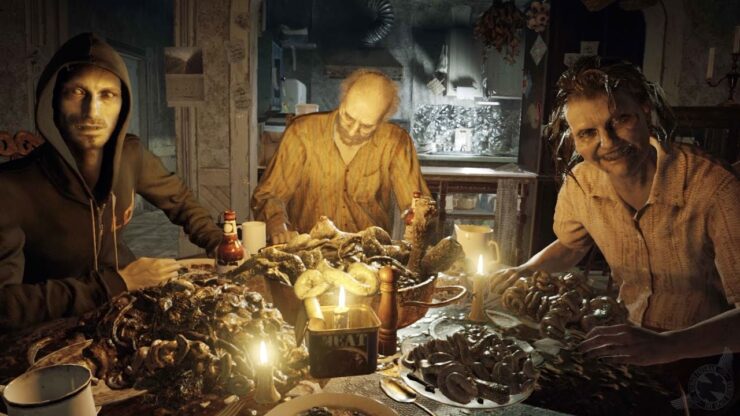 Ethan Winters met the Baker Family in Resident Evil 7, and while the Molded and Eveline (a biological weapon) were the largest antagonists in the series, the Bakers provided the most perfect and terrifying touch.

Jack and Joe Baker were brothers, who both served in the military. Jack’s wife’s name was Marguerite. They had two children, Lucas and Zoe. Lucas was already insane, far before Eveline experimented on them. He had locked his childhood bully in the attic and left him there to starve. Eveline’s “gift” infected them and made them do terrible things, kidnapping people to add to their “family” and more. Marguerite could spawn and control mutant insects, and Jack was a ruthless, nearly unstoppable force of violence as a result of their infections.

Chris Redfield was finally able to help save Zoe and Joe Baker after Ethan Winters survived the horrors of their infested Louisiana homestead.

Countess Alcina Dimitrescu (pronounced Dee-me-tresk) inherited her family’s castle many years ago. It’s unclear exactly when she met Mother Miranda, but Miranda did not waste a moment before experimenting on her newest subject, a woman with a hereditary blood disease the woman sought to cure.

Between the unique fungus and Cadou parasite infection, Lady Dimitrescu gained superhuman strength, regenerative abilities, retractible claws, and the undying desire to feast on the flesh and blood of humans. She became practically immortal, and her villainous vampirism and incredible appearance was inspired by figures like Morticia Addams, Elizabeth Bathory, and the Hachishakusama of Japanese folklore. To maintain her long lifespan and her powers, and stave off her blood disease, she would need to feed more and more and her regenerative powers caused her to grow to unnatural height.

Naturally, the villagers near her castle grew to fear her and her three shapeshifting insectoid daughters, Daniela, Bela, and Cassandra. They were not her real daughters, but rather another experiment created with Mother Miranda’s help. Lady Dimitrescu came to love these girls very dearly, and grew wrathful when Ethan Winters destroyed the family one by one. 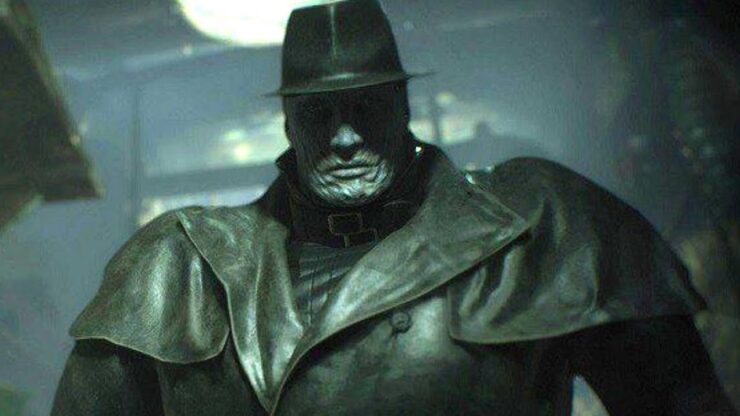 They were strong and reliable. They were unbelievably fast. They seemed to be completely impervious to bullets.

And yet all of Mr. X’s terrifying power was hidden under an unassuming bowler hat and trench coat. While this model of Umbrella’s experiments was meant to be mass produced, there were none quite as terrifying as Mr. X, a relentless pursuer. Claire Redfield was able to dispatch the beast, but not without a fearsome fight.

Who is your favorite villain in the Resident Evil series? Let us know in the comments, and as always, don’t forget to Let Your Geek Sideshow! 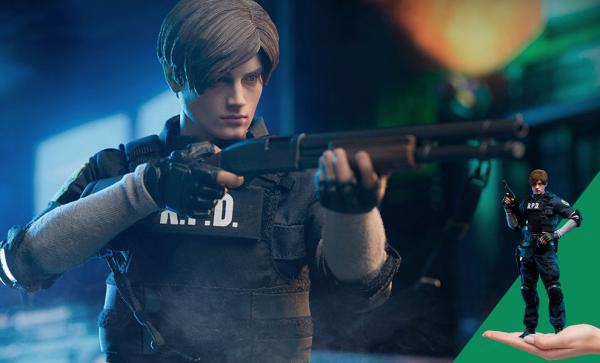 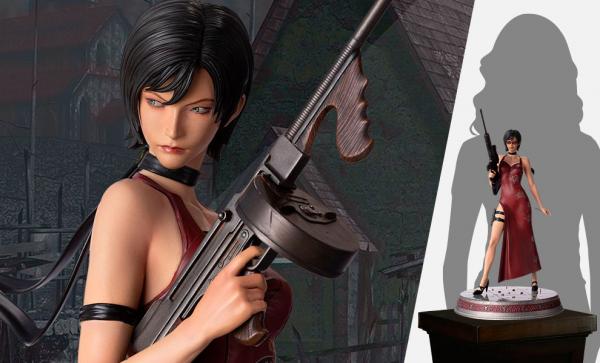 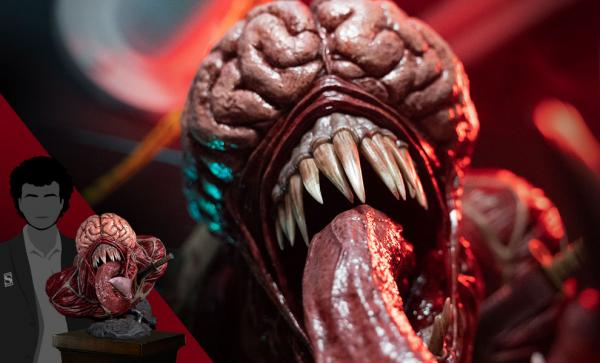 The Best Rick and Morty Quotes