Rogue One: A Star Wars Story – Our take on the trailer

C: If I were a member of the Rebel Alliance, and I saw Director Krennic and his Death Troopers walking up to me, I would be terrified. Looking at his uniform – combination of a white tunic, black pants, black hat, and his flowing white cape. Other than Jedi and Sith, we have not see many imperial officers don capes in that manner. This is a big deal! His uniform suggests that Krennic is a member of the Imperial Security Bureau. The title “Director” means he is probably either the “Director of the Death Star Program” or the Imperial Security Bureau itself.

S: Something I personally love about all Star Wars stories are the humble beginnings. Anyone can be a hero. It makes everything so relatable. To see that Jyn Erso follows that mold just reinforces the that the theme is very important. I loved seeing her father for the first time this way. They are together, they are isolated. Two against the world….and then the Empire. We also now know that her family has a history with Director Krennic.

S: Music picks up and now the Rebels are breaking Jyn out of holding. More Stormtroopers fly about. Why are they so useless?!

C: This is one of my favorite scenes – the Rebels breaking Jyn Erso from her prison cell. The manner in which it was shot (shaky first person perspective) pays off what we’ve been hearing – this could be a very gritty film.

C: The first time I watched the trailer I missed the GIGANTIC Jedi statue lying crumbled in the sand, which is probably Jedha. At first glance it almost seems like the rock faces on Tatooine, but a robed Jedi wielding a lightsaber is clearly visible. This statue alone is enough to make me wonder what sort of history this planet has. It may have been a former Jedi enclave a long time ago.

S: Fallen Jedi statue? … THAT IS A FALLEN JEDI STATUE!!

C: We see some very prominent members of the Rebellion, such as General Dadonna and Mon Mothma, gathering around the hologram of the Death Star. A further look at the Rebel leaders suggest that some of them could be members of planets like Correllia or Alderaan, but no sign of Jimmy Smits as Bail Organa.

S: The Rebellion having a meeting where they ask about chances is a cliche to me. Star Wars is all about the little guys, the underdogs, the ones who are forgotten… I get why the scene and the question are posed, but we already know the outcome here.

S: Okay, battle shots are all well and good to establish action – however, the thing I find the most interesting about Jyn Erso across all the trailers is that no matter what, she is running towards the conflict. She is not hiding. She is never shying away. She goes where the action is. I hope this is reflective of what we will see of her in the film.

S: “Rebellions are built on hope.” This is a pretty solid way to tie Rogue One to the rest of the original trilogy. Jyn and her crew created a new hope. Eh?! EH?!

S: Hearing Captain Cassian Andor say, “make ten men feel like a hundred” is again another classic Star Wars theme built directly into Rogue One. It’s the one thing the Empire never counts on. They are always looking to power, to numbers, to control, when the Rebels have something much more – they have the hope that things don’t have to be the way they are and that a few, or even one person can change all that. Luke Skywalker will do the same thing taking on the Death Star in a one-man fighter. So will an upstart band of Ewoks during the Battle of Endor.

C: It’s really intriguing to see the giant rocky explosion on the surface of Jedha. It suggests a weapons test. Perhaps it’s the Death Star on low power, but I wouldn’t be surprised if the same Star Destroyer, seen hovering over the city in the previous trailer, comes crashing into the surface.

S: In these final shots of the trailer, there is a lot to process. We have a planet (that I am fairly sure is the same one we saw in the teaser with the Star Destroyer above it) with an explosion happening… I wish I knew if this is the Rebellion taking down the Star Destroyer or if it’s a smaller scale weapons test by the Empire.

S: After that, we see Vader just prowling through the vapor towards a man in white. Vader is clearly super angry, which is an amazing thing to convey on a character with no facial expressions. While I want to assume that man is Director Krennic, the next shot is clearly Galen Erso in white on the same type of grated floor. Does Galen help his daughter in the end? 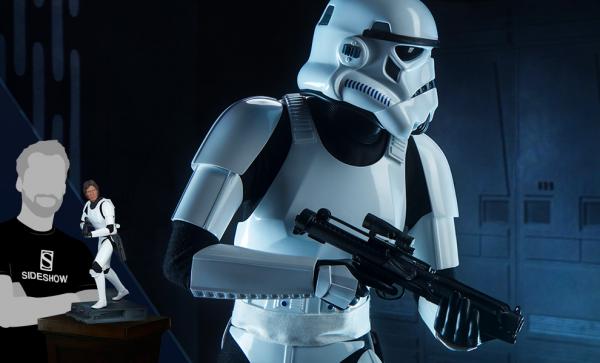 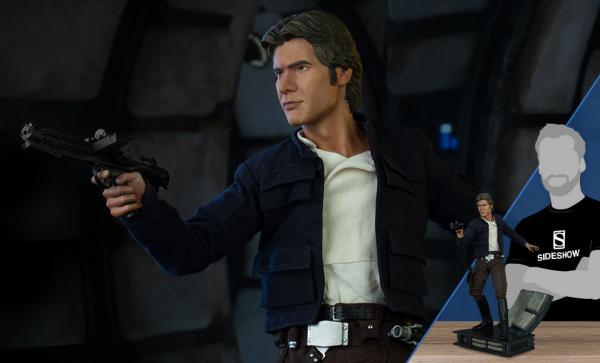 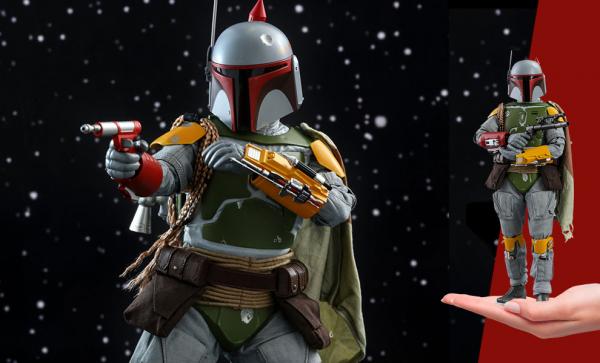