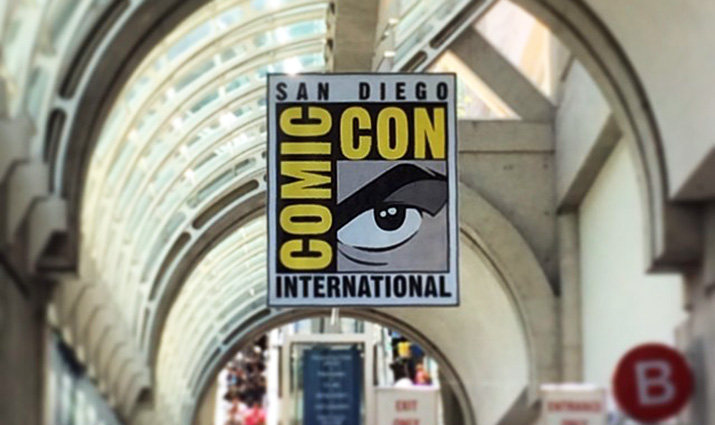 The Sideshow team had a blast this year at Comic-Con, both in San Diego and online. In fact, we are already reminiscing – here are some good times had around the booth, and a few of our favorite moments from the show! 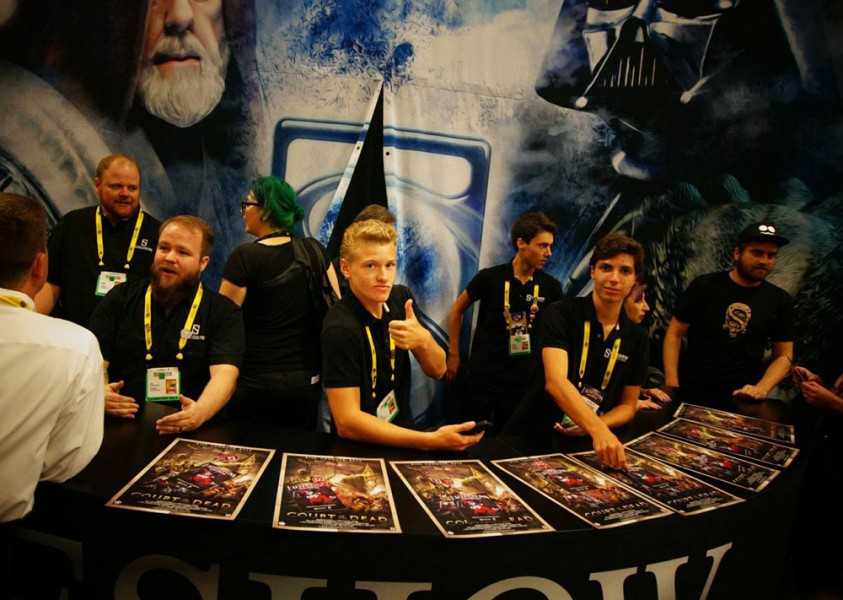 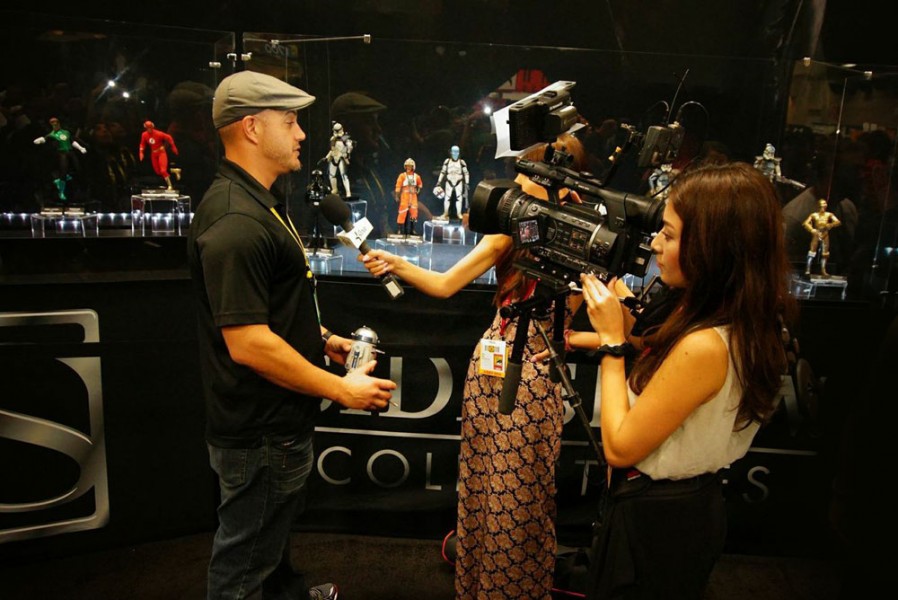 Jeannette Villarreal: 2014 was the Year of the Booth! Our Court of the Dead and Hot Toys “booths within the booth” were really cool, and surprisingly made #1929 seem like a larger space. I LOVED the reveal of the Court of the Dead (with creepy underworld background music), Godzilla, Batgirl, and – I’m gonna be dead honest here – our Capturing Archetypes book. As one of the photographers, I loved watching people comb through it, and actually got to have some really fun photo-nerdout conversations with our fans.

Kevin Ellis: My favorite part of Comic-Con is seeing the fan reaction to new pieces. The repeated cries of, “Look! It’s DEADPOOL!!” or “Oh my gosh!!! GREEN LANTERN!” It’s nice to know that the hard work and effort we put into these pieces goes appreciated and still brings such excitement to people.

“This is Sideshow. This is the super expensive stuff that is expensive because it's the best.”
—Random Con Attendee

Susan Fair: The live giveaways during the show on Twitter and Facebook were my favorite part. I usually talk to everyone online, so the contests gave me a chance to meet fans and interact in person. There was one family that participated in many of the scavenger hunt giveaways on the floor, and finally won on the very last day. Later, the mother told me her son said, “Susan taught me that even if I don’t think I can win I should still try, because you never know.” So that was probably the highlight for me!

Ricky Lovas: The Court of the Dead booth setup was my biggest project this year come to life…or death. Seeing the booth with all the artwork on display was pretty gratifying. I created a small model of the gallery early this year and when I finally got to see it in full scale at SDCC that was most excellent. It had a better response than I could have ever imagined. 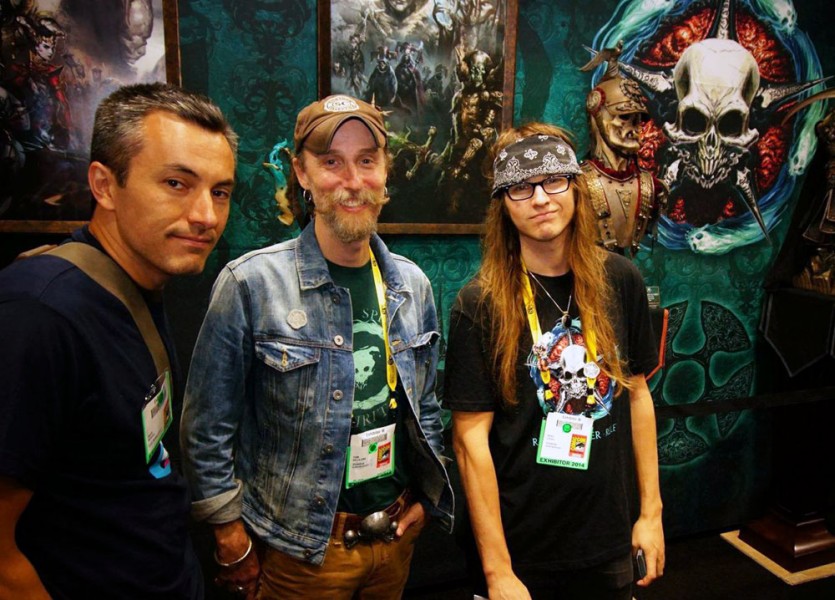 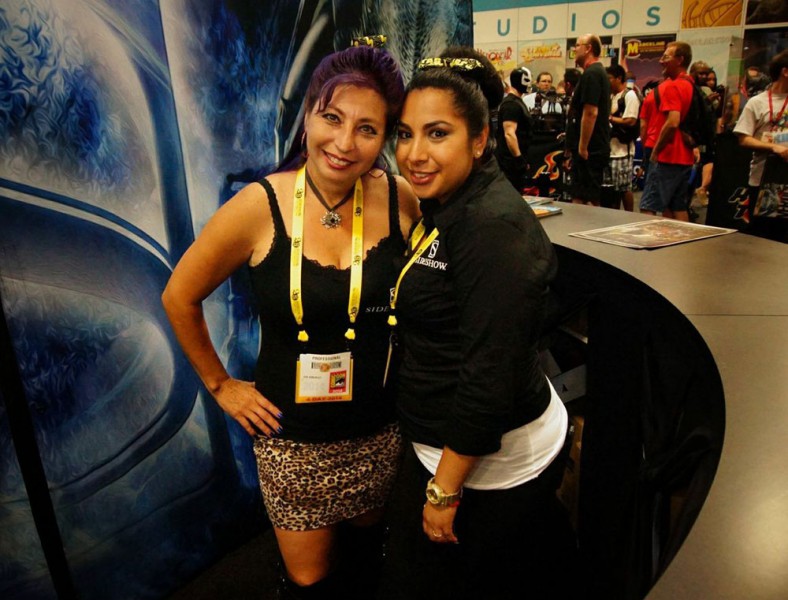 Elisse Mendez: Just being there was my favorite part, talking to our collectors and fans in person rather than the phones and finally being able to put faces to their names and voices =)

Matt Bischof: My favorite part was the reception of R2-D2 and being able to show off all of his features in person, as well as samples of all the Sixth Scale – Superman, Batman, the Space Marines. It was awesome to see how much people were digging them.

David Igo: I was stoked to finally be able to present the new pieces from Marvel together. I loved seeing the new Cap and Thor back to back and the way they play off each other, Stan Lau’s Vampirella, Godzilla, I’m just going to keep naming everything! It was cool seeing it all come together and hearing the fan reaction, as Art Director that’s super rewarding.

Aimee Stewart: When fans and friends in the industry discovered Court of the Dead for the first time, it was like an instant connection. I saw a light bulb go off almost every time, as if they were thinking, “Of course Sideshow is doing this dark beautiful crazy fantasy!” 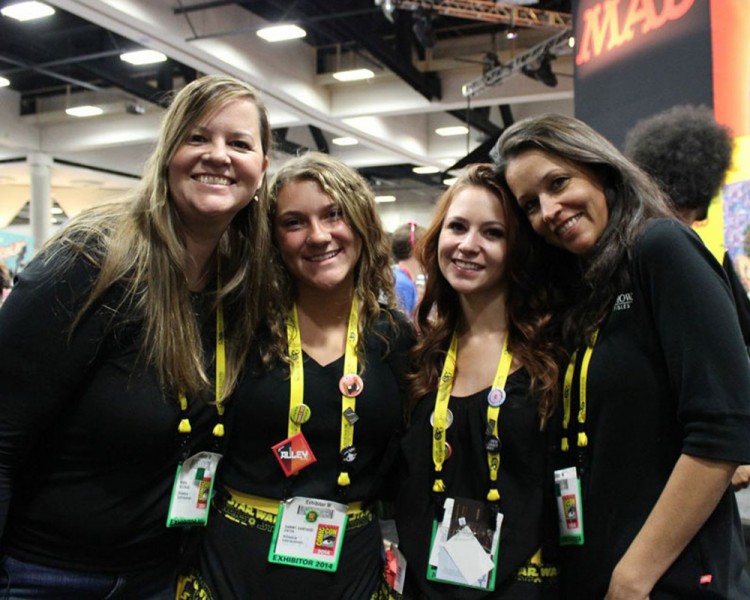 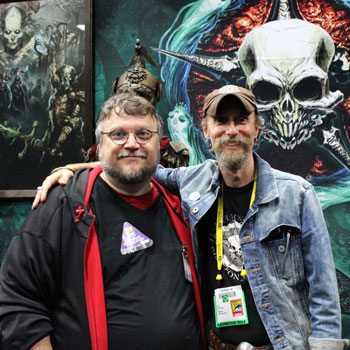 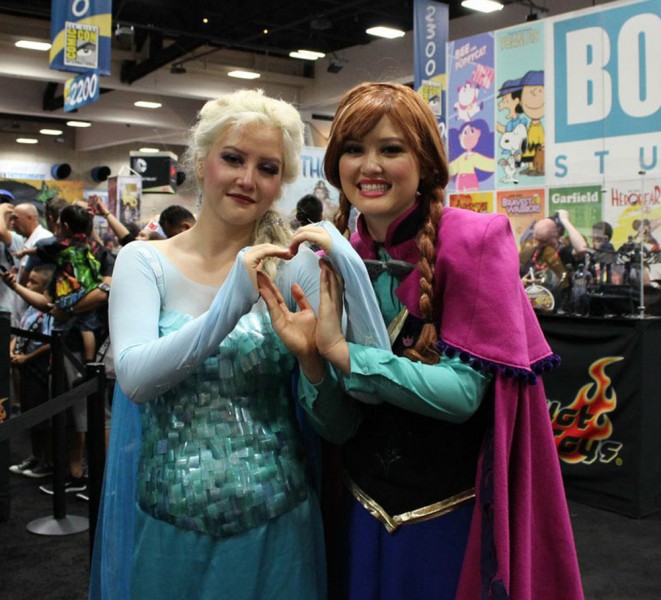 Chris Pirrotta: Watching Guillermo del Toro immerse himself in Court of the Dead. He came early in the show when the crowds weren’t in yet, and was able to fully experience our new line. His favorite piece? Oglavaeil – The Executioner.

Kellam Cunningham: On Thursday morning, as soon as the doors were opened, a girl around the age of 12-13 came running directly towards the Sideshow booth, her parents following her at a little bit slower pace. I approached her to see if I could help and she explained that she had been following the Court of the Dead and was so excited that she had to come see it first thing. I handed her some of our promotional giveaways and gave her and her family a little tour of the booth. I’ve never seen someone more excited about anything! By the end of the tour, Tom had arrived so she was able to meet the creator in person and ask him to sign her poster. It was exciting to see a fan with such enthusiasm.

“Is Court of the Dead a movie? It needs to be a movie!”
—Visitor at the Sideshow booth

Ian MacDonald: Finally, after almost two years of looking at 2D concepts, seeing the Court of the Dead statues together in their 3d form was the highlight of the Con for me.

Tara Duffy: In our Court of the Dead showroom I overheard someone telling his friend, “There’s Bone, that’s my faction!” That was awesome, knowing he must have been to the website and taken the quiz to find out. 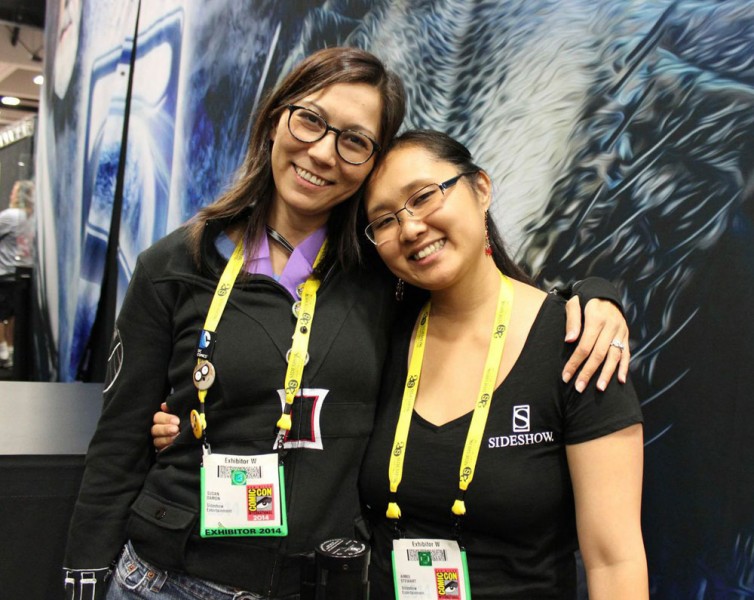 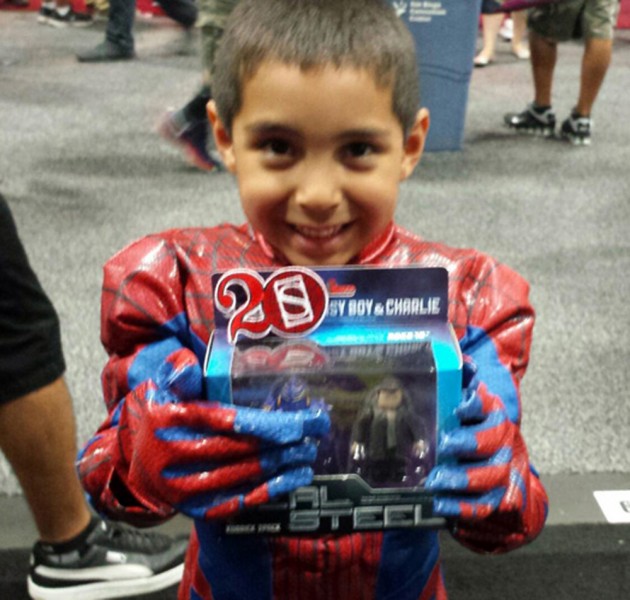 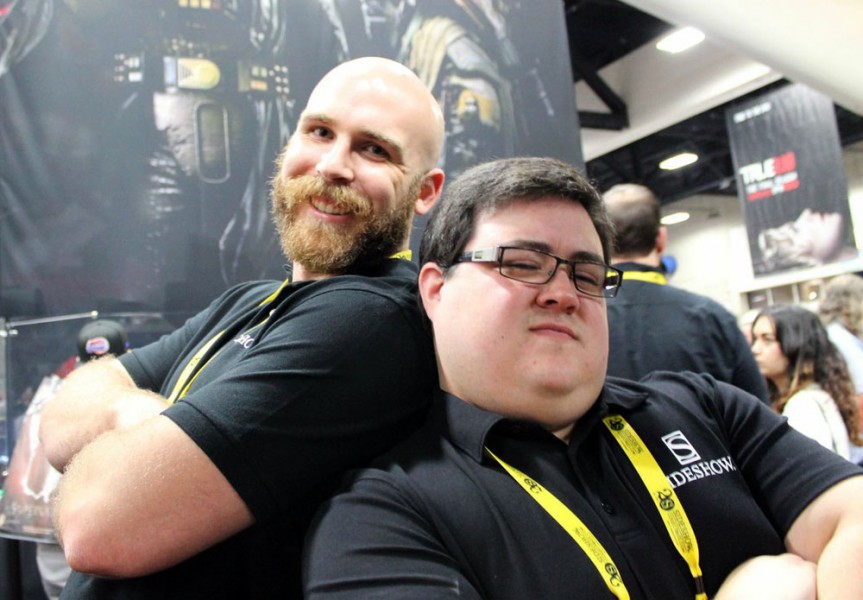 Dennis Bower: I liked showing our new Scout Trooper and Speeder Bike Sixth Scale Figures. I have fond memories of seeing Return of the Jedi in the movie theater and these remind me of the Kenner toys I had as a kid.

Christina Lee: The Hot Toys Iron Man and Winter Soldier diorama displays looked like they were pulled straight out of the movies. Brilliant!

Jeff Dean: My favorite part has to be the floor itself. While navigating through throngs of people can make you mad, the general interaction between friends, fans, and various cosplayers, plus seeing all the amazing booths makes it all worthwhile.

Belen Moreno: This was my first Comic-Con with Sideshow and I have to say everything was my favorite! EVERYTHING! I can’t wait to do it again next year!

Did you get a chance to see us in San Diego or follow along online? Tell us your favorite parts from this year’s Comic-Con in the comments below!