Last week on Twitter, Mark Hamill began to tease when the newest trailer for the next highly-anticipated installment of the epic Star Wars™ saga would premiere.  Fans have been awaiting news of the trailer release since the first teaser dropped at Star Wars Celebration 2017, and now we have what we’ve all been searching our feelings for.

Who knew that Monday night football would bring the Force?  See the trailer for Episode VIII: The Last Jedi right here, right NOW!

Watch the new trailer for Star Wars: #TheLastJedi and see it in theaters December 15. Get your tickets now: https://t.co/6vE5KUSv1f pic.twitter.com/wcKvn0jjPO


A new poster was also revealed just before the trailer, putting General Organa and Luke Skywalker in the center of the action- after all, this is another chapter in the Skywalker family saga. 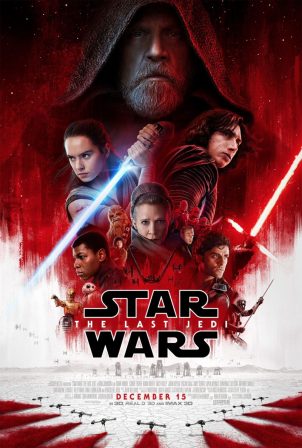 What was your favorite part of the trailer?  Did it give you any new theories about the plot?  And what secrets do the Porgs hold?  December can’t come quickly enough- just a few months left.  Be sure to buy your tickets tonight!

Suit Up Your Collection with the Iron Man Mark III Maquette