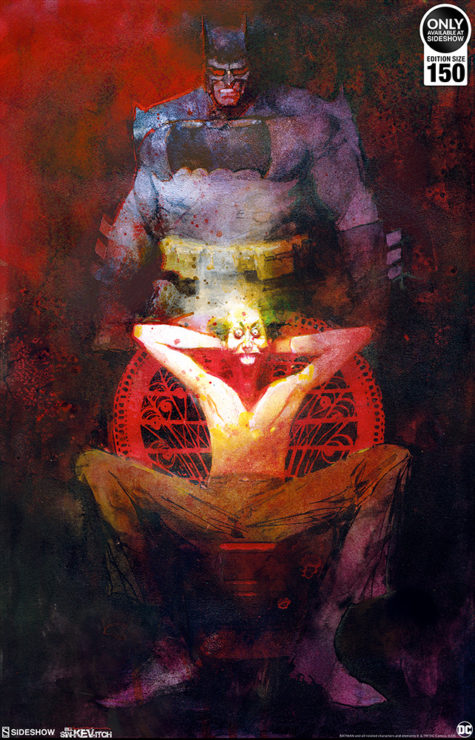 The first of these Sienkiewicz prints to debut features iconic cover artwork from DC Comics. The Dark Knight Returns: The Last Crusade Fine Art Lithograph pits Batman against his foe The Joker in a grim and engaging portrait of legendary justice versus infamous villainy. 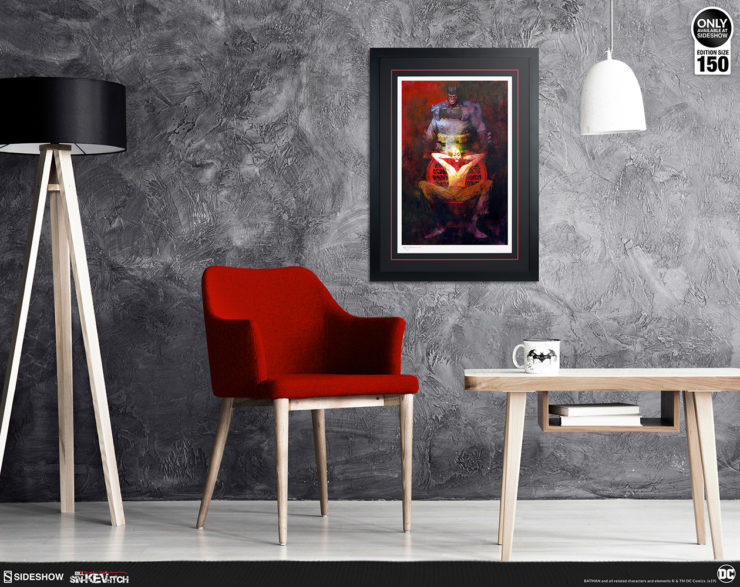 Each of these stunning fine art lithographs will be hand-signed by Sienkiewicz and includes a Certificate of Authenticity as a part of the highly-limited edition of only 150 pieces. Designer frame options are also available, making this fine art lithograph a must-have for any comic book enthusiast’s collection!

Through our fine art print program, Sideshow has the privilege to work with many incredible artists, bringing their renowned illustrations to pop culture enthusiasts in a high-end, limited, and truly collectible fine art format. This exciting new collaboration with Bill Sienkiewicz Art continues in that tradition, and we are thrilled to bring the work of a comic book legend to collectors worldwide.

Stay tuned for more news about Sideshow’s Art Print Program through the official Sideshow Art Prints Instagram, and keep an eye out for the release of the Dark Knight Returns: The Last Crusade Fine Art Lithograph when it launches for pre-order on Friday, March 29th.

Bill Sienkiewicz (pronounced sin-KEV-itch) is an Eisner-winning, Emmy-nominated artist best known for revamping the style of comic and graphic novel illustration from 1980 onward, most notably with Marvel Comic’s Elektra: Assassin and his acclaimed graphic novel Stray Toasters, earning him an international reputation and cult status across media industries.

His work has graced the National Museum of Fine Arts in Rio de Janeiro, Brazil; galleries in Paris, Barcelona and Tuscany; Spain’s famed La Semana Negra (The Black Week) Festival; advertising campaigns for Nike, MTV and Nissan; posters for The Green Mile and 2006 Winter Olympics; and magazines such as Entertainment Weekly and Spin.

A classically-trained painter, Sienkiewicz’s renderings incorporate abstract and expressionist influences and any combination of oil painting, acrylics, watercolor, mixed-media, collage, and mimeograph – previously unheard of in comics. His work has garnered numerous accolades – most notably a 2004 Eisner Award for DC Comics’ The Sandman: Endless Nights, and 1995 and 1996 Emmy Award nominations for production and character design on the PBS children’s TV series Where In the World is Carmen Sandiego? Elektra: Assassin swept the top comic illustration awards in the U.S., Europe, and Italy, respectively, with a 1987 Kirby Award, 1986 Yellow Kid Award and 1986 Gran Guigiri Award.

Quiz- Which Era of Batman Best Suits Your Personality?