The crew shows off the coolest stuff at the Sideshow booth!

This year we brought over 100 new prototypes and recent releases from Star Wars, Marvel, DC Comics, Hot Toys, Court of the Dead and more to San Diego Comic-Con. Straight from the show floor, the Sideshow crew shares a closer look at some of our favorite features and new debuts from around the booth! 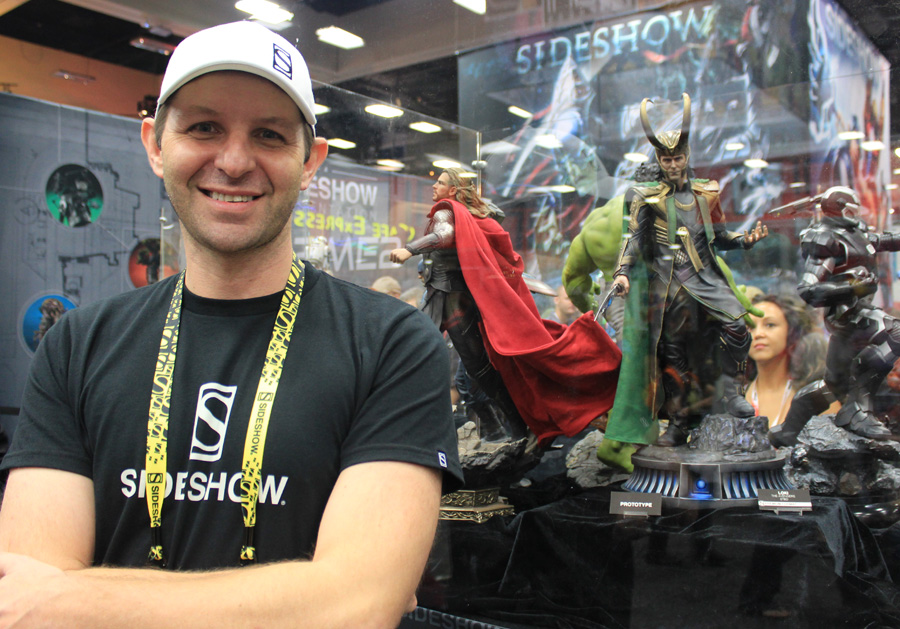 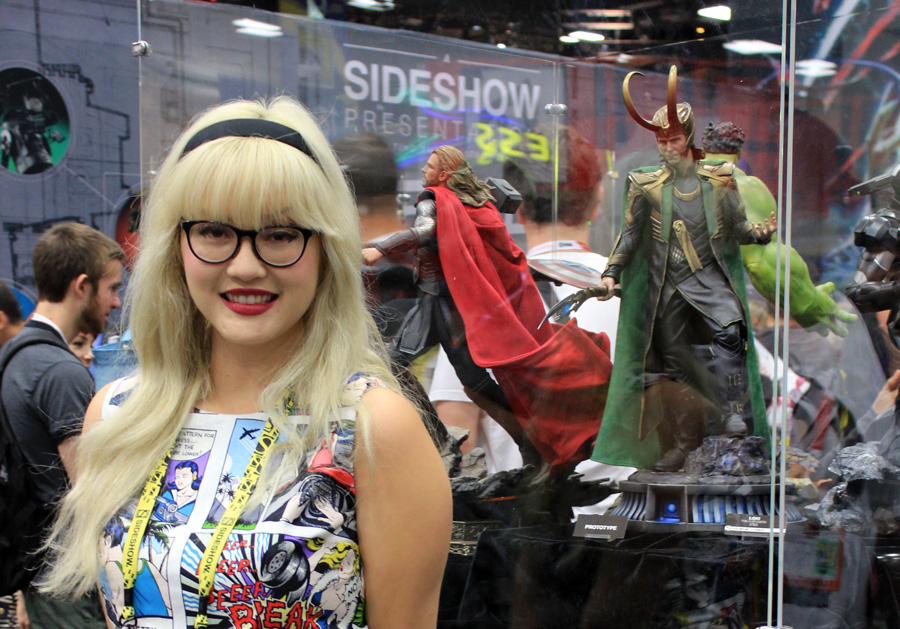 Chris and Christina pose by their favorite villain on the floor. She says, “Loki is the best! The new statue looks just like Tom Hiddleston, and it goes so well displayed next to our Thor. I love him!” 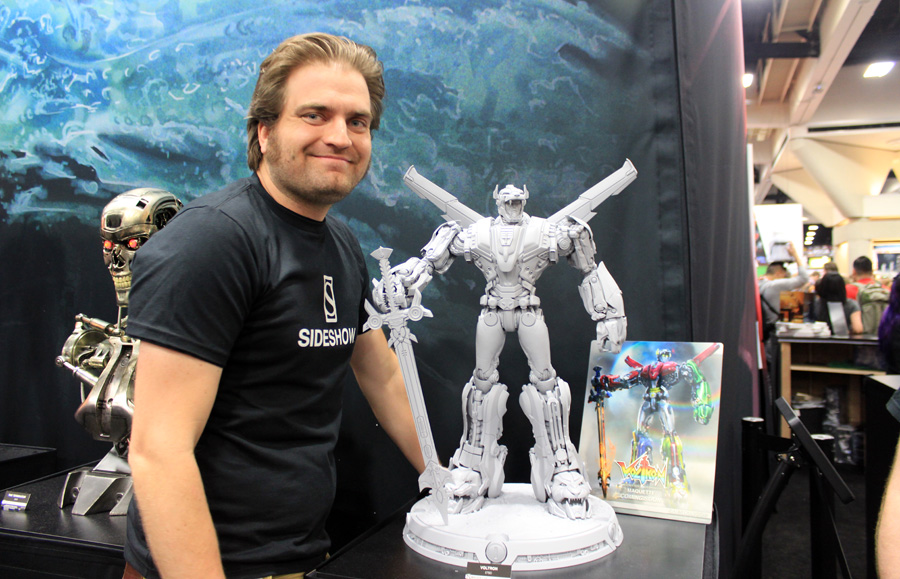 Dave stands with our biggest reveal of the con, Voltron Defender of the Universe! 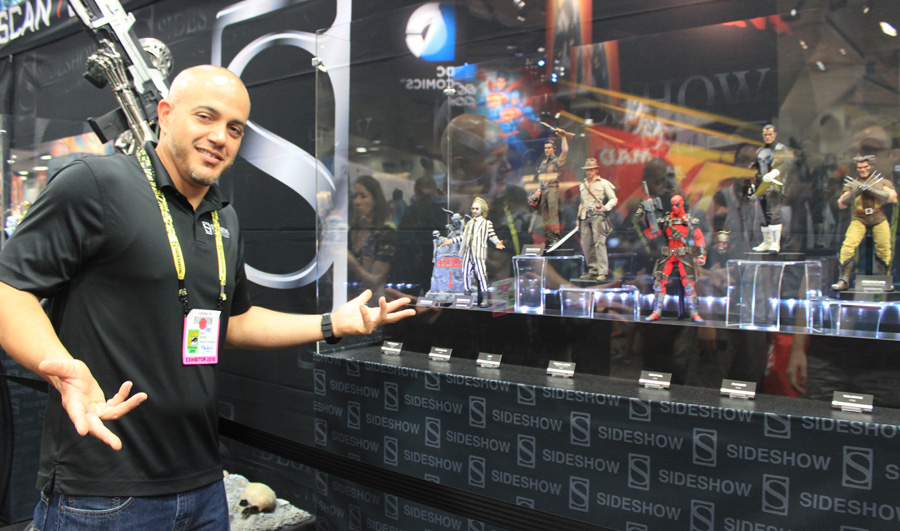 Matt presents a few of the exciting new additions to our Sixth Scale collection. From our Cult Classics line we’ve got Beetlejuice, Ash Williams, and Indiana Jones, and our Marvel collection expands to include Punisher, Wolverine, and Deadpool. 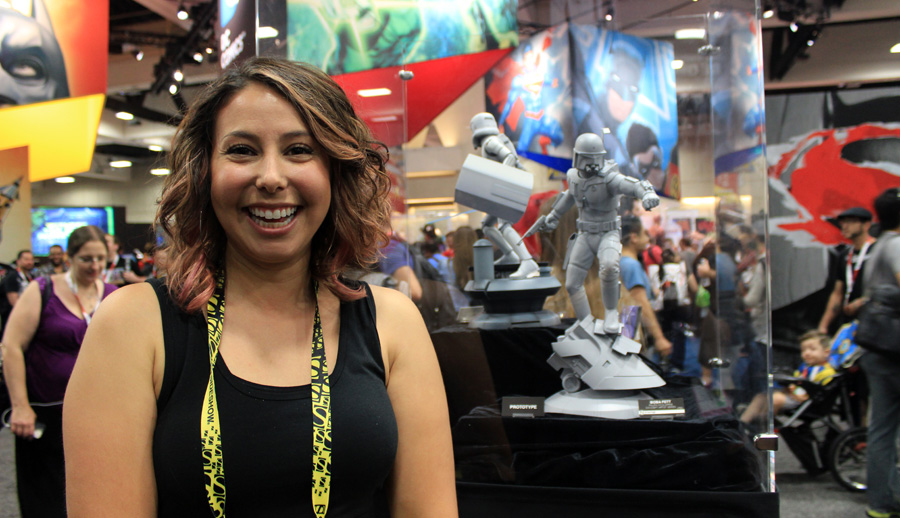 Margaux is psyched for the new Star Wars Artist Concept series, “I think the McQuarrie series looking pretty spectacular even at this stage as a work in progress. I’ve been fortunate enough to watch it develop, and it’s been really exciting!” 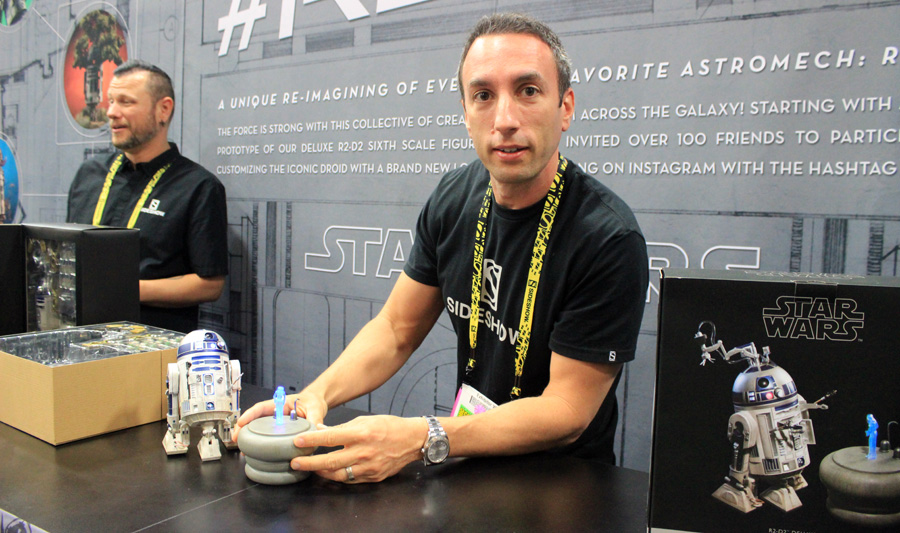 Rob mans the astromech station where we’ve got over 50 custom R2-Me2 projects on display, and our R2-D2 Deluxe Sixth Scale Figure, on sale now at the show and online! 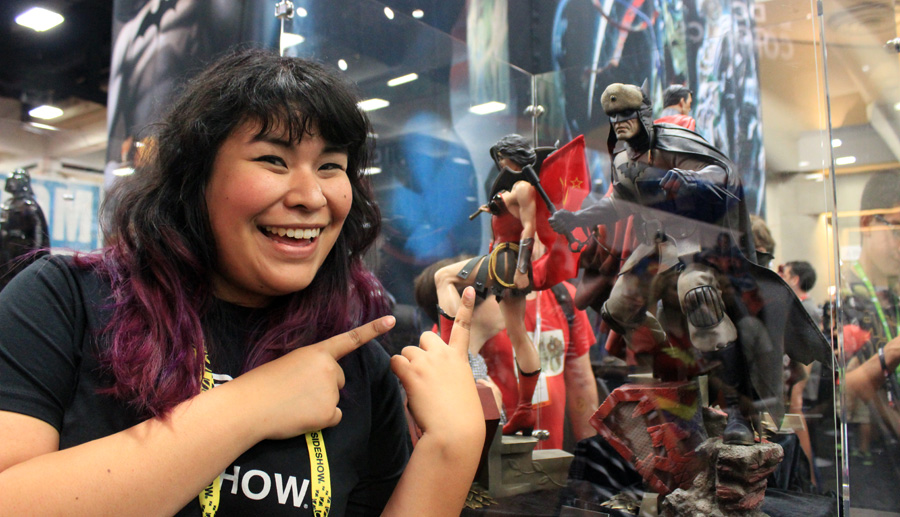 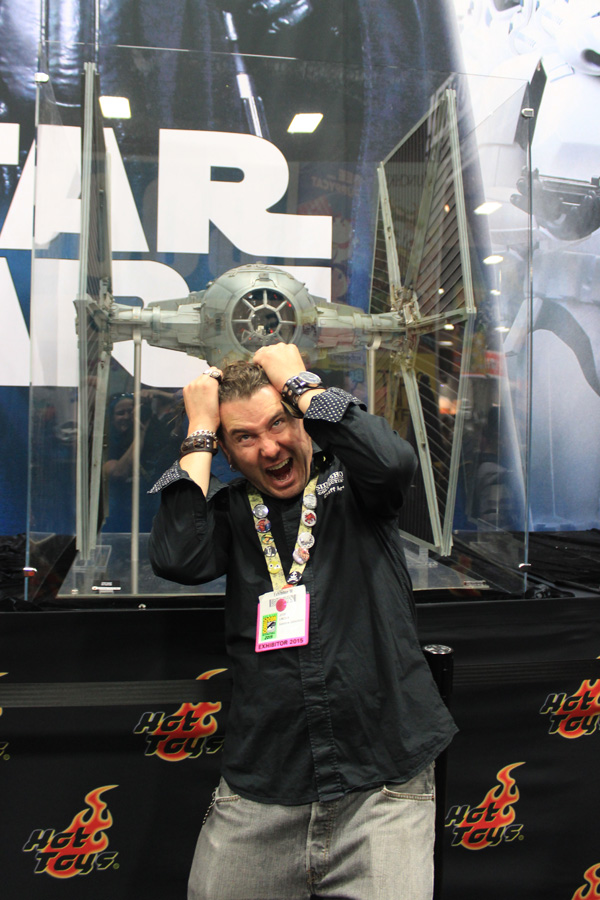 Jesse stands by Hot Toys’ incredible TIE Fighter, “It looks like a movie miniature. It’s just amazing, with all the details and weathering. And it’s SO BIG. This is a dream come true for Star Wars collectors. “ 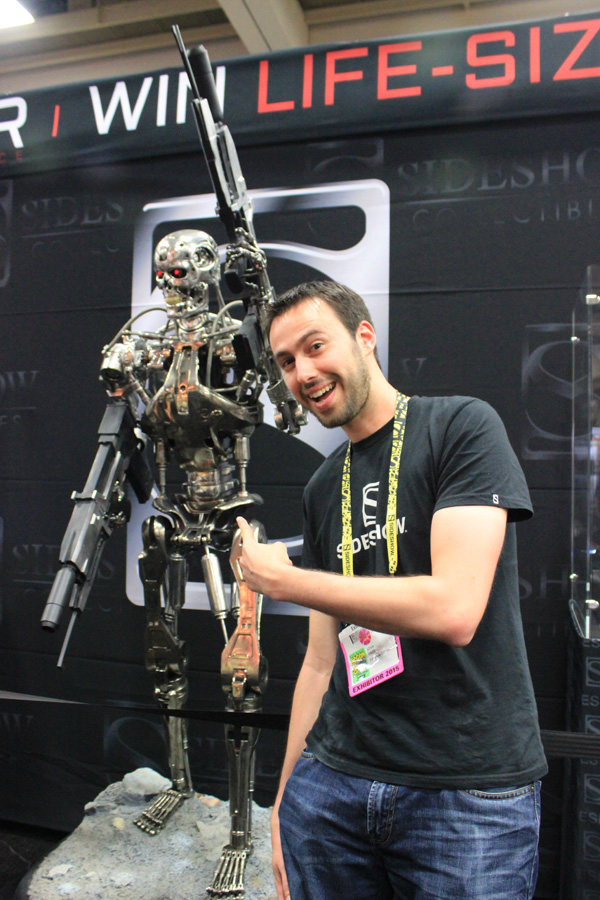 Stephen reminds you to enter online or at our booth for a chance to win the T-800 Life-Size Endoskeleton, the grand prize in our Ultimate Terminator Giveaway hosted by Sideshow and ThinkGeek! 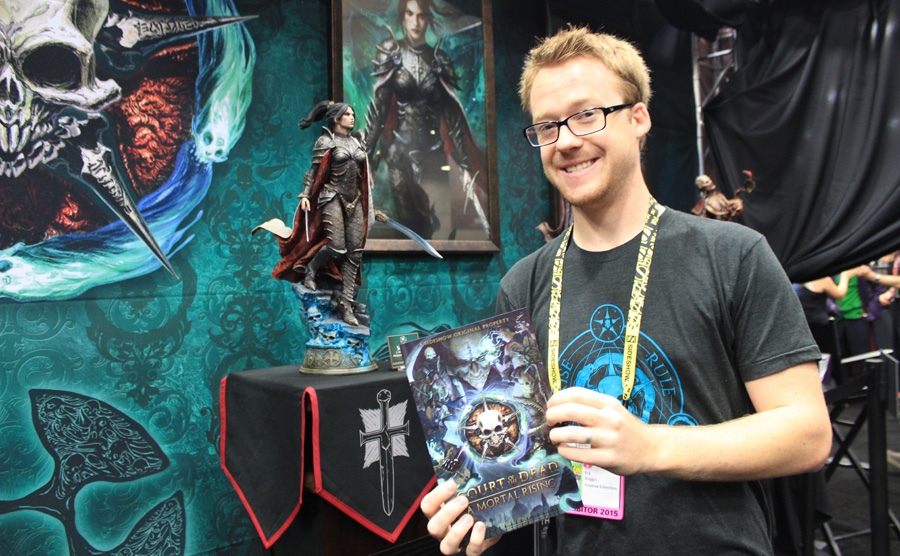 Erik gives the inside scoop on Court of the Dead, “One of the coolest things we brought to the show this year is our new original comic from Court of the Dead, A Mortal Rising (digital copy available here) In it we introduce a brand new character named Shard. We’ve got some awesome stories planned for her in the future, and I’m really looking forward to it!” 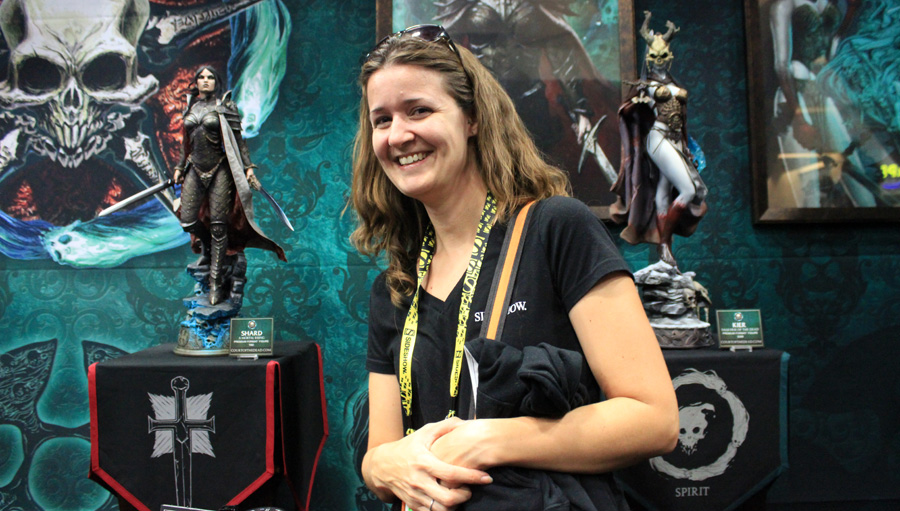 Kat strikes a pose with characters she painted from our all-original collection, Court of the Dead! 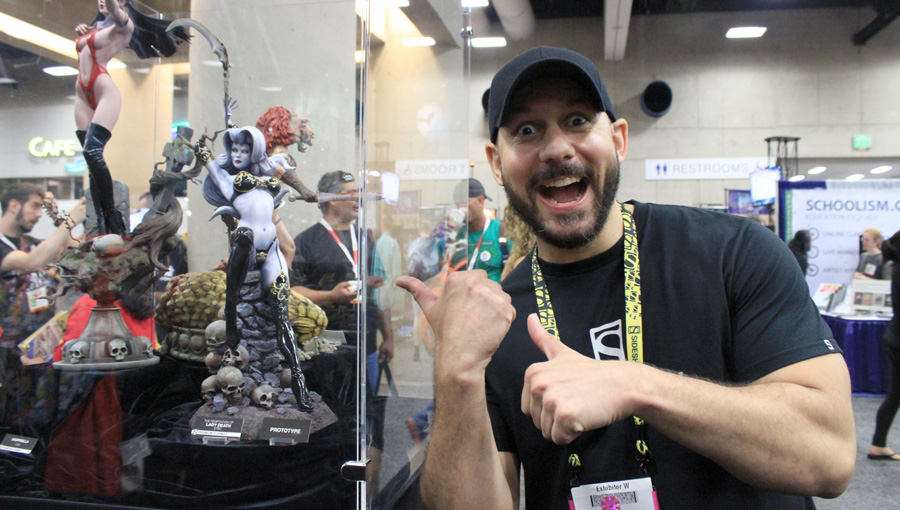 We think you’ll find the new ‘Temptation of Lady Death‘ is irresistible! Walter gives some insight behind the scenes, “The complexity of the design of this piece, and the fact that we pulled it off has just been super satisfying for me and the entire team.” 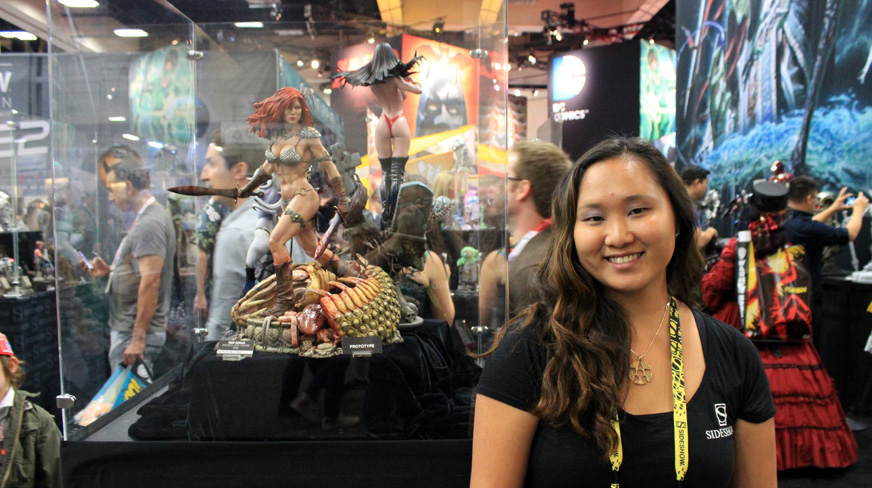 Aimee admires the Red Sonja She Devil With a Sword Premium Format™ Figure, stating, “I loved our first Red Sonja release, and now I’m so excited for the follow up piece. In this one she’s so fierce – she’s just come off a battle and I love how strong and capable she looks.” 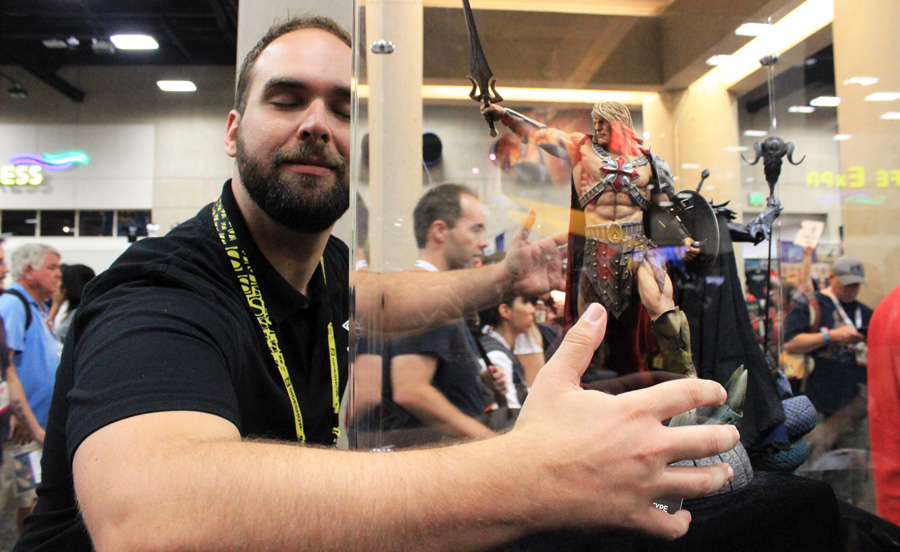 Tim couldn’t be more excited about the Masters of the Universe collection! As the primary costume-creator for He-Man and Skeletor he points out a few his favorite details with subtle blue lining and intricate purple stitching on Skeletor’s cape. 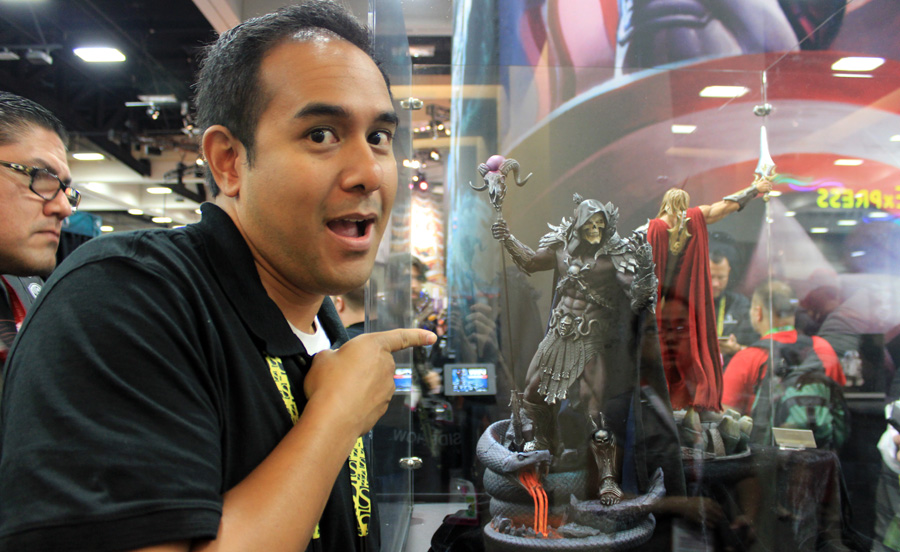 Mike adds enthusiastically, “I loved these characters as a kid, and what we’ve tried to do with this new collection is re-imagine the characters and their world in a way that’s just unlike anything anyone has ever seen.”

Now that you’ve seen a few of our favorites, be sure to cast your vote in our poll and tell us which new reveals you’re most excited about this year!

Fans and figures seen 'round the booth!

The votes are in! Top 10 Sideshow Comic-Con reveals