I began collecting move posters when I worked at a science fiction/fantasy bookshop in 1976. We’d received a poster from the theatre for some new film coming out in Summer 1977 called ‘ Star Wars’… I was hooked after that.

I began collecting Indiana Jones right after I saw the film premiere (June 12, 1981).  I had low expectations for the movie (looked like a WWII flick, not my thing) but accompanied a friend you invited me on his ticket (that he won from the radio station). When we came out of the theatre my jaw was on the ground and was in the presence of a huge 8 foot tall standee of the gorgeous Richard Amsel art. That was my first piece…. 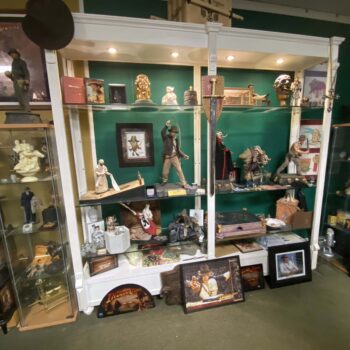 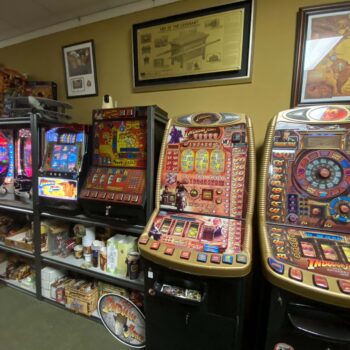 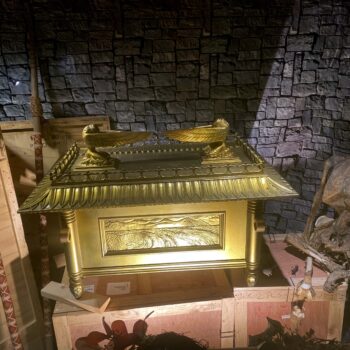 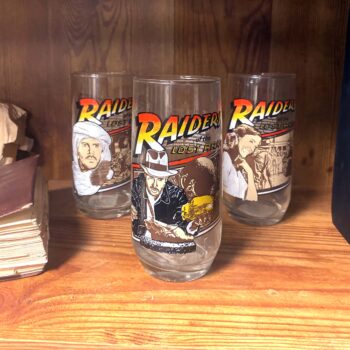 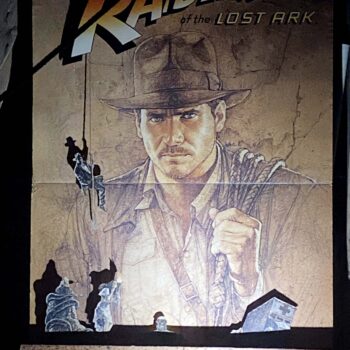 The collection is housed in an 1,100 sq. foot museum building separate from the house (2nd floor of a 3,600 sq. foot barn). It contains approx. 8,000 unique Indiana Jones items from around the Globe. It is thought to be the largest Indiana Jones collection in the World. We have everything from screened used costumes and props, to unreleased prototypes, original art, posters, prints, toys, statues, food items, slot machines, pinball, books… it’s a lot, lol.

In late 1980 it was proposed that Burger King would continue their relationship with Lucasfilm and produce drinking glasses for Raiders of the Lost Ark (similar to the SW and ESB ones). They never were released (after extensive research I never could find out why – I interviewed people at Burger King, Lucasfilm and Coke). The only ones produced were salesman samples, which it is thought there are less than 2 dozen sets still in existence. It took me 10 years of treasure hunting, dead-ends, etc before I was able to win a set via an online drinking glass auction. And they didn’t come cheaply, lol. So worth it! 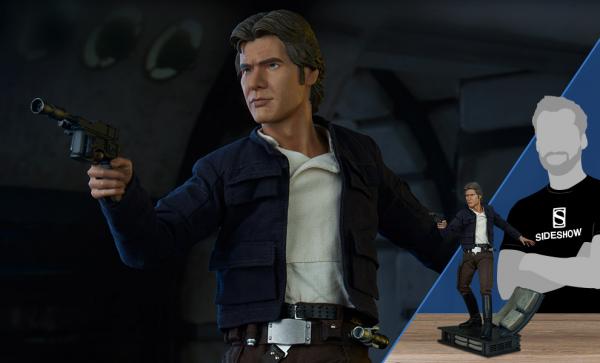 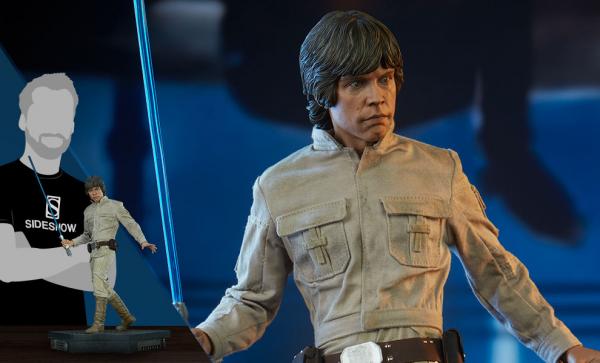