I had a small selection of very inexpensive figures before I got married which likely wouldn’t have grown into what you see in the pictures, but my wife bought me a few items which really inspired me to start collecting. Among them was a DC Direct Black and White Arkham Asylum Batman statue and a 1/18 Hot Wheels 1989 Batmobile. Those two items really kickstarted this amazing hobby for me. The attention to detail in them just made me want to keep on collecting items that brought the character to life.

It absolutely has a theme!  I’m a huge Batman fan with a heavy concentration on Batman The Animated Series, the Arkham series, the Nolan Movies, Batman Beyond, and the classic 1960’s Batman. While a big part of my collection focuses on these, there’s still a lot more to it. I do have an ever growing Teenage Mutant Ninja Turtle collection, some Marvel items, some wrestling, video game, anime, and action movie items as well. I do have a small collection of books and autographs, and have been fortunate enough to meet a few actors who have played Batman! (Kevin Conroy, Adam West, Val Kilmer, Michael Keaton, Will Friedle, and Troy Baker). 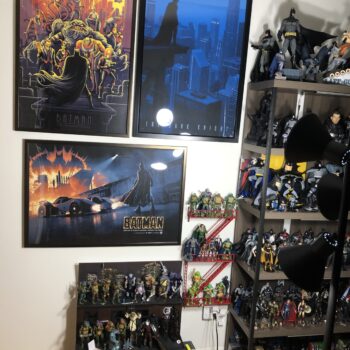 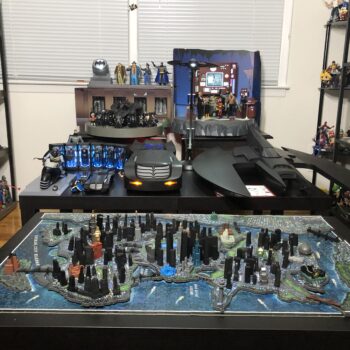 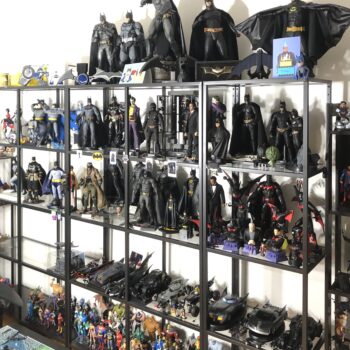 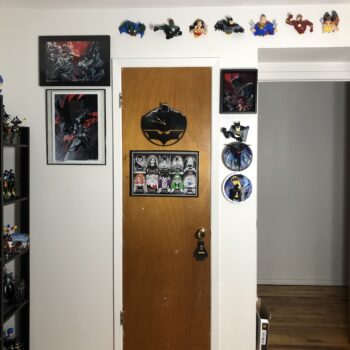 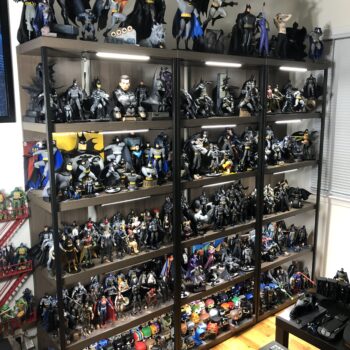 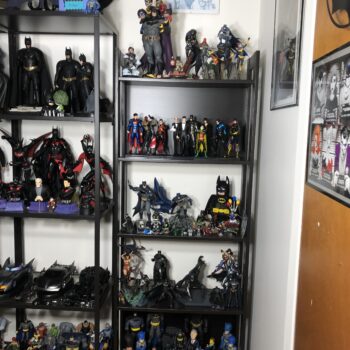 I love my collection! I think when someone comes into the room, especially for the first time, they sense the care which I put into it. The two overwhelming responses I usually receive to it are- “oh my, it looks like a museum” or “oh my, it looks like you have your own store.” I take great pride in that. This has been and will continue to be a labor of love and I wouldn’t change a thing about it.

I would love to own a piece from Prime 1- they just had an event this weekend and unveiled a statue of the post Arkham City suit and it looks great. I really regret missing out on the premium  format Adam West from Sideshow- that statue is a perfect representation of the classic series and I think I could give it a great home! And if I had to pick one more- the Hot Toys 1989 Batman was released before I got into collecting. I could go on and on- but I’m also very happy and appreciative of my current collection! I hope you all enjoy it.