As the Academy Awards approach, Sideshow is crossing fingers for one absolute masterpiece of a film to sweep the evening. While some may consider it to be a fish out of water when it comes to winning, Guillermo del Toro’s film The Shape of Water will take your breath away in every sense- whether you have gills or not.

Guillermo del Toro, a long time Sideshow collector and friend of the company, has already been recognized with numerous awards and accolades for The Shape of Water, his most daring film to date. The film’s awards include:

The Shape of Water has also appeared on dozens of critics’ top ten lists, and deservedly so. The film has currently won a total 76 awards, and Sideshow is rooting for The Shape of Water to take home even more awards at the upcoming 2018 Academy Awards- where the film has been nominated in 13 categories:

This fable of a film, a modern love story rooted in the past, is really a modern statement and a cinematic and artistic experience unlike any other.

“GDT is a master storyteller, and this film proves that no one understands the psychology of monsters more so than Guillermo. Certainly this film cements his place among the modern greats, as this is the perfect tale for our complex times and who else would be bold enough to tell it in such a beautiful way.”

Seeing and experiencing The Shape of Water took Sideshow back to its roots, and to the core of who we are as a company. Sideshow’s origins are based in the Universal Classic Monsters, and seeing this amazing film spring from del Toro’s childhood memories of Creature from the Black Lagoon was a true testament to the grace that is found in oddity, in monsters, and in the uniqueness that surrounds us.

As del Toro said in his Best Director acceptance speech at the Golden Globes,

“Monsters, I believe, are patron saints of our blissful imperfection, and they allow and embody the possibility of failing.”

This recognition, and this celebration of monsters and their humanity, proves that del Toro is certainly a visionary creator. His work speaks to the outsider in all of us and makes the bizarre a thing of beauty. He champions the outcasts, and presents audiences with complex depictions of humanity and monstrosity, subverting all tradition and expectation. 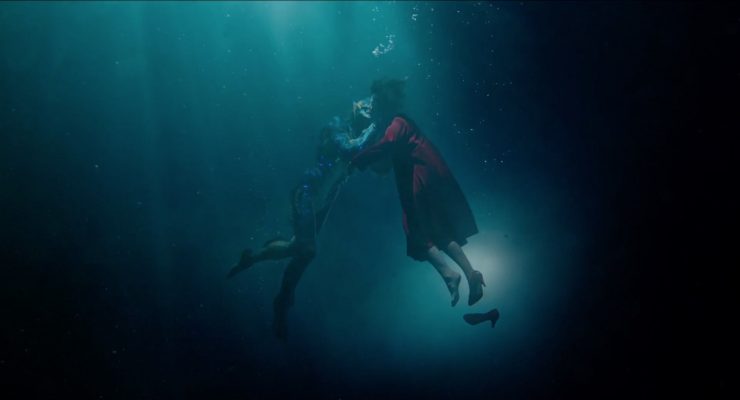 Sideshow wishes all the luck in the world to The Shape of Water and Guillermo in the upcoming awards decisions. We are rooting for you!

What You Are Missing on Sideshow Instagram- February 19th Edition