We often celebrate the many fictional superheroes who make great sacrifices to save their loved ones, their cities, countries, worlds and, in the some cases, entire universes.

But today, in honor of Memorial Day, we asked our fans to share pictures and stories of their real life superheroes – loved ones who serve in the armed forces to protect their loved ones and their country.

Thank you. We appreciate all you do for us. My grandpa William. Played Baseball with greats that include Jackie Robinson and Ted Williams and even was going to go Major Leagues himself when he was drafted into the Army in 1941. There he served in the 32nd Infantry Regiment in the Pacific theater of war. He fought in the battles of the Philippines, Marshal Islands and Okinawa. He earned the Philippine Liberation Ribbon and Sharpshooter Medal. He continued to play Baseball for the U.S. Army team and often fed his platoon with the fish he would catch on the various islands he was stationed. Greatest man I ever knew. *Salute* – Dion J. via 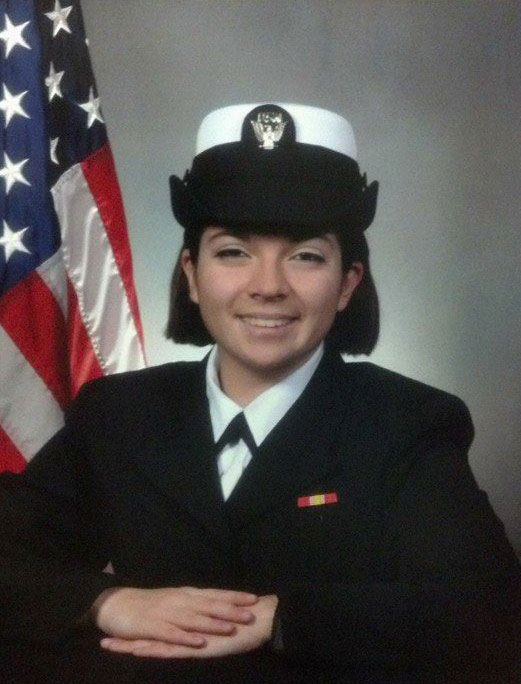 Our daughter’s name is Christina, she currently serves as a Sonar Tech in the U.S. Navy. You ask why is she a superhero? Our only daughter who stands at 4’11 finish top of her class in bootcamp as an commanding RPOC holding the sword in the front of her squad.

Her superhero nickname in the Navy is “Tiny Sailor”. During Memorial Day and every day, she stands the watch, in the seas, making sure we are all protected from villains. Have a happy and safe Memorial day to our Sideshow family and friends. Don’t worry…Tiny Sailor is saving the day!! – chuchiworld 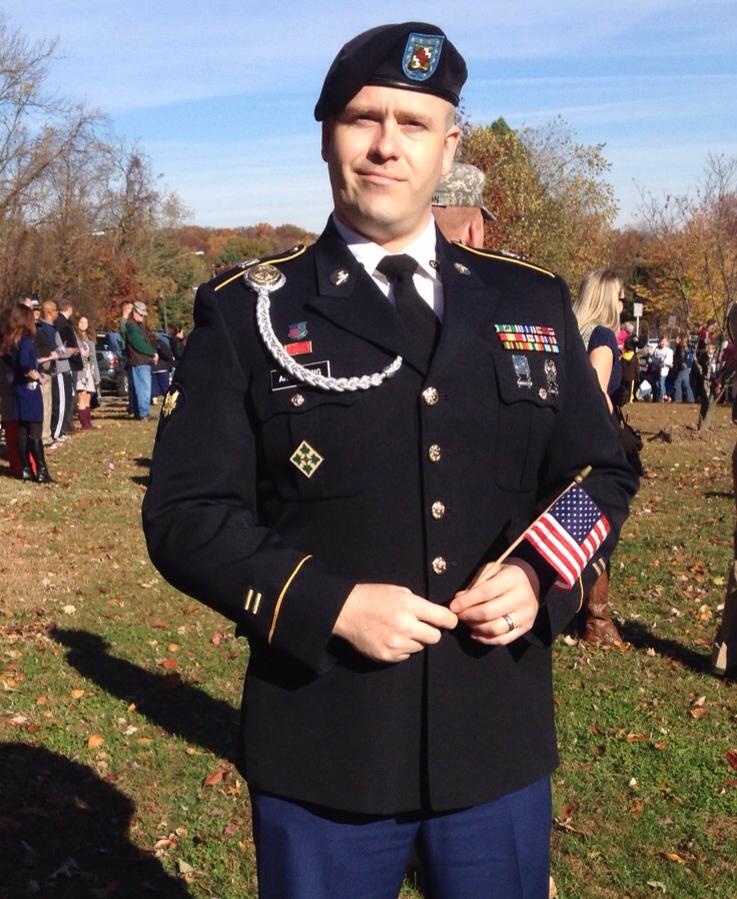 My entire family is intertwined with all branches of service, here I am at a school planting flags with children. – David A. via 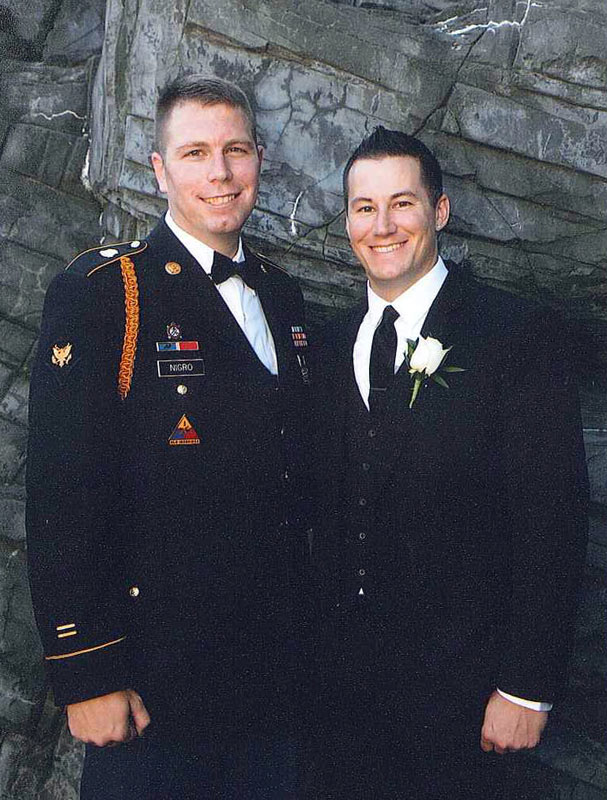 I am the proud mother of two sons currently serving their country in the US Army.– Terri Q. 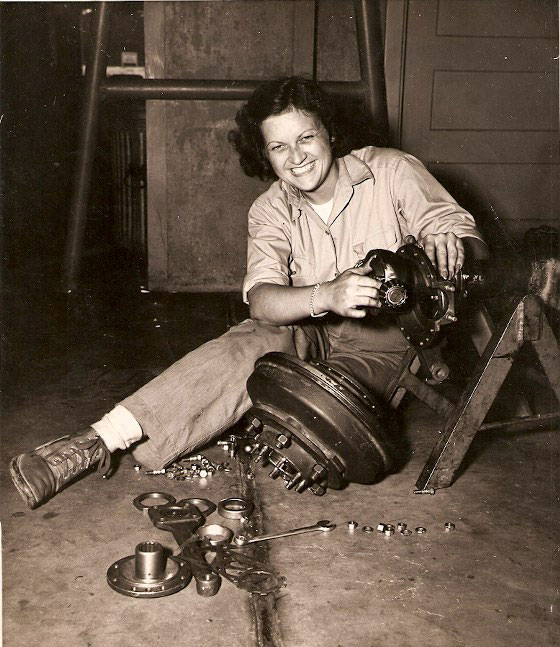 My wife’s firecracker of a grandmother was a U.S Marine in the 40s. She was a super cool lady and we miss her. – Jeremy S. via 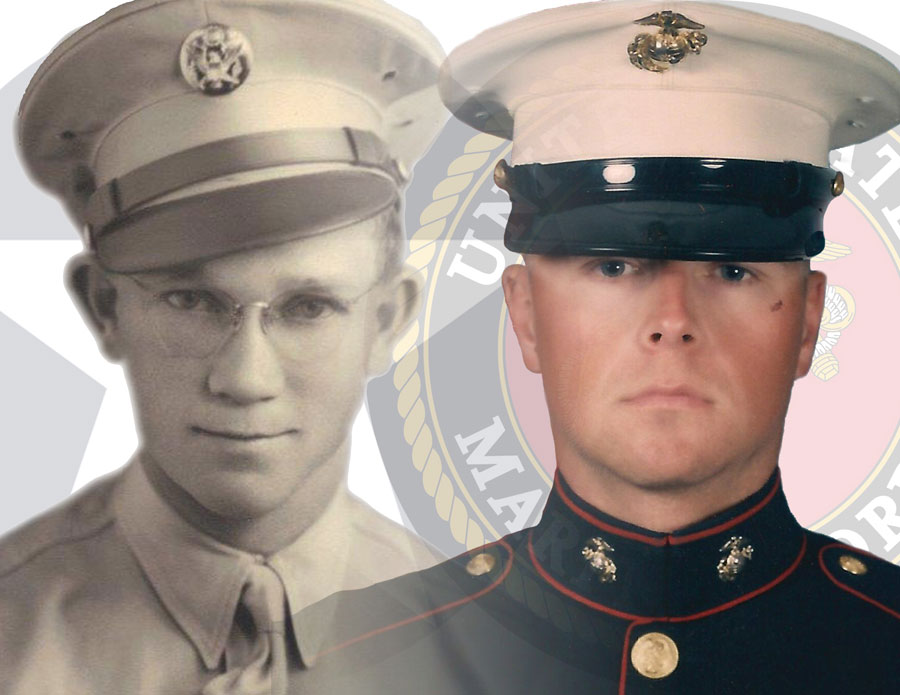 This is a photo I made. My husband is the Marine on the right. His Papa is on the left. His Papa was in the Army Air Corp. Which would later become the Air Force. He was in during World War II. He trained pilots to use the instrument panels in their planes though he never flew. Kevin, my husband, was a Landing Support Specialist. He was sent to Kuwait before the Iraqi war started to help with troop landing and all the equipment that was needed. – Lindsey My husband is serving in the US Navy and is currently on his 3rd deployment. I was active duty Army and did one deployment and got out and transferred to the Navy as a reservist to pursue my education. It’s hard being apart but you have to put on a tough face and carry on. I am used to the fact that he’s gone but I do have those days where I wish he was home more. He’s always been there when I needed him, so in the end, you could say that he is my Superman (Batman is our favorite though..lol). – Amanda B. My grandfather and great uncle were both in World War 2. My father was in Vietnam. Here is a picture of my Uncle in Africa during WW2. – Hanna L. via

Harley Quinn is on the loose!