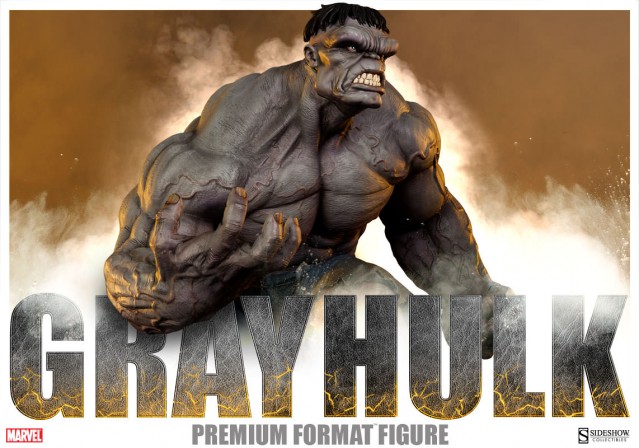 A fantastic tribute to the original character design by Stan Lee and Jack Kirby, Sideshow’s artists have captured the full menace of Hulk’s gamma-fueled fury as he was first depicted in Incredible Hulk #1.

Inspired by classic monsters like Frankenstein and Jekyll and Hyde, Stan Lee originally intended Hulk to have a gray skin tone, thinking a melodramatic, somber color would be perfect for the mood he wanted to establish.

However, when copies of the first issue showed that the printers were unable to maintain a consistent shade of gray from one page to the next, he decided to make the change to Hulk’s coloring to the more familiar green in subsequent stories. 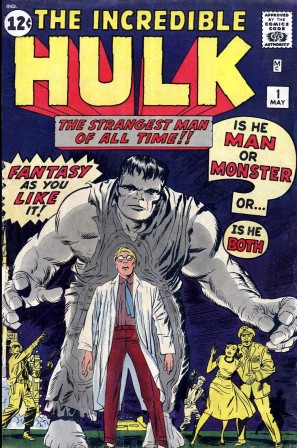 Featuring the hallmarks of his classic look, Bruce Banner’s alter ego is all muscle in his shredded denim shorts, with a prominent brow and monstrously intimidating scowl. Rampaging onto the scene in one quarter scale, Hulk tears up the terrain with one hand outstretched to taunt his enemies, and the other ready to deliver a mighty blow. 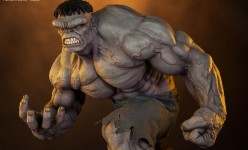 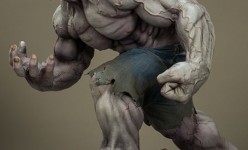 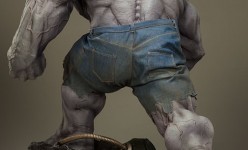 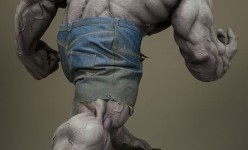 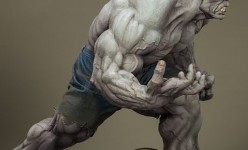 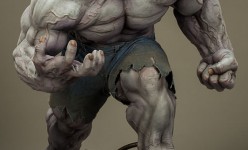 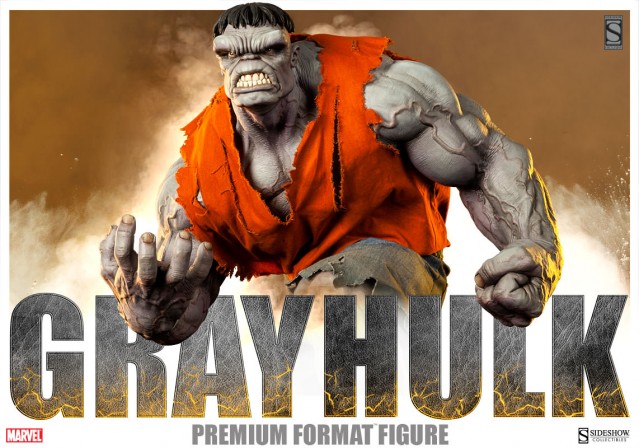 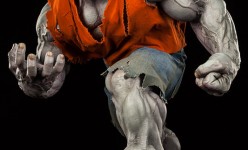 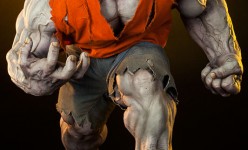 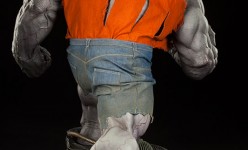 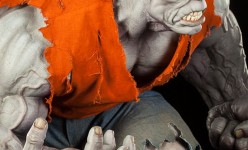 A time-honored champion of the Marvel Universe, the Gray Hulk Premium Format™ Figure is a must have for fans of the Hulk!

The regular and Exclusive versions of the Gray Hulk Premium Format™ Figure will be priced at $549.99.
Preorders begin this Thursday, May 29th.