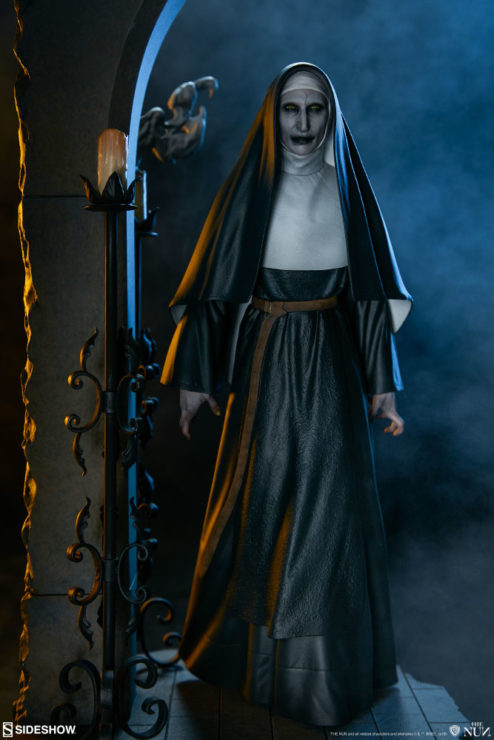 “I’ve seen her stalking the hallways at night. We all have. She looks like us, but she’s not one of us. It’s something unholy.”

Emerging from the dark recesses of the Conjuring Universe, Sideshow presents The Nun Statue. The sculpture depicts the demon Valak’s initial emergence into this world through the sinister ouroboros portal connected directly to the depths of Hell. From there it was thought to be restrained behind the corridor of crosses. 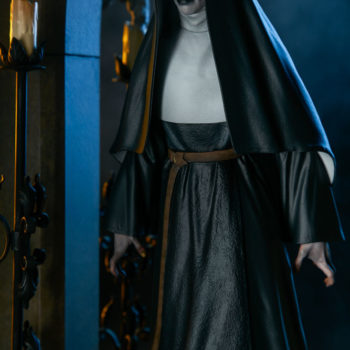 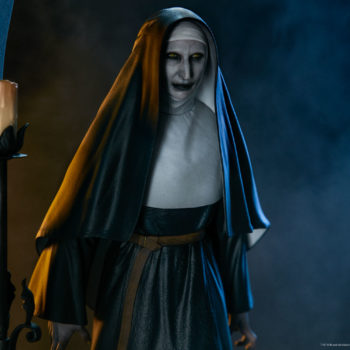 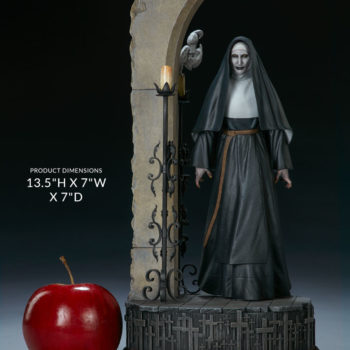 Nonetheless, the demon materialized in the form of The Nun in order to extinguish the holiness in the abbey above. As the demon makes its way through the gothic archway of the tiled abbey hall in its unholy nun form, Valak’s overwhelming evil eclipses the illuminating light of goodness from the candelabras along its path. 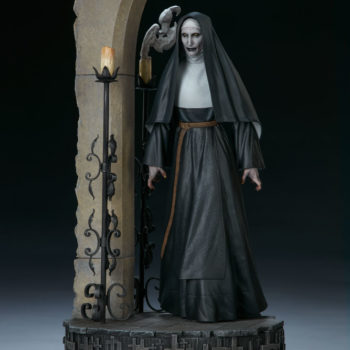 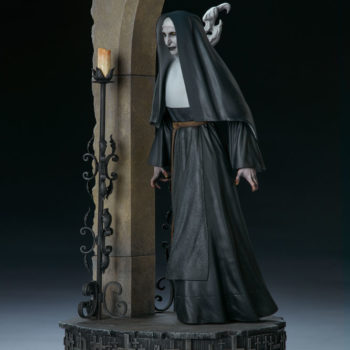 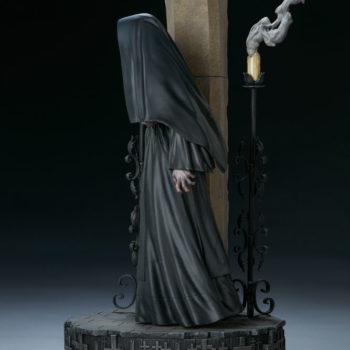 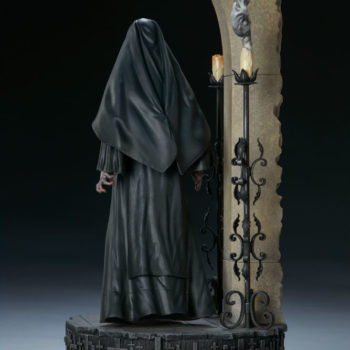 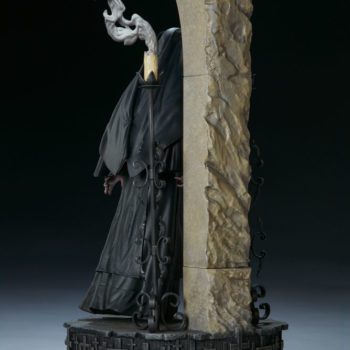 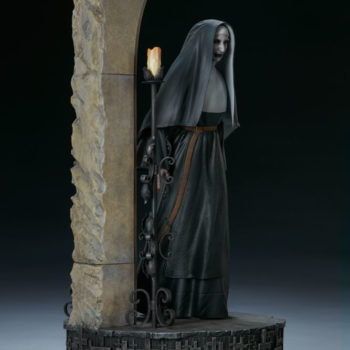 The Nun has a highly detailed habit with its tunic, scapular, and cowl all meticulously sculpted to capture the movement and flow of holy fabric as this hellish entity menaces the corridors of the Romanian abbey. Its detailed, solemn portrait has ghastly pale skin and piercing, demonic yellow eyes that stare directly into your very soul. The Nun Statue measures 13.5” tall from the bottom of the ouroboros base ring to the top of the detailed stone archway, encapsulating the scene of unhallowed horror within. 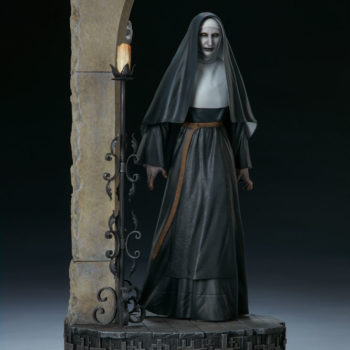 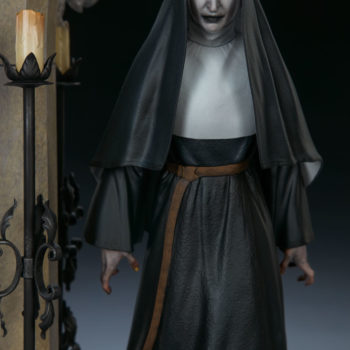 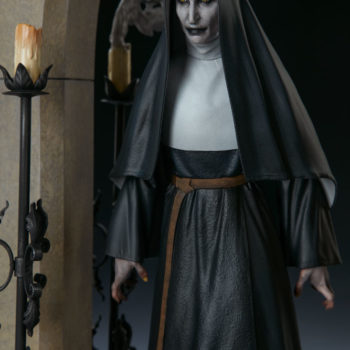 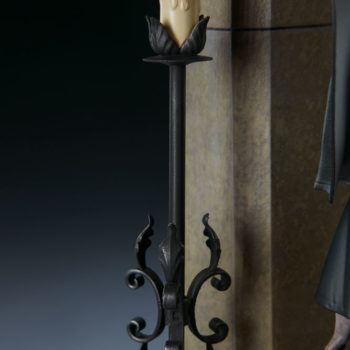 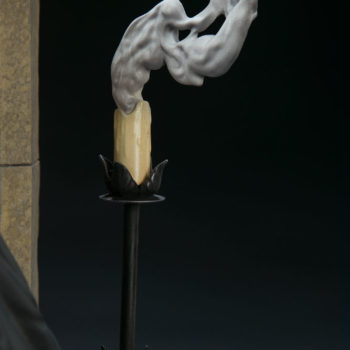 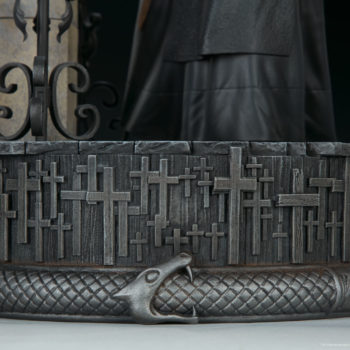 The Exclusive Edition of The Nun Statue includes an alternate and highly detailed enraged portrait of the demon Valak, as The Nun opens its maw in an unholy snarl. 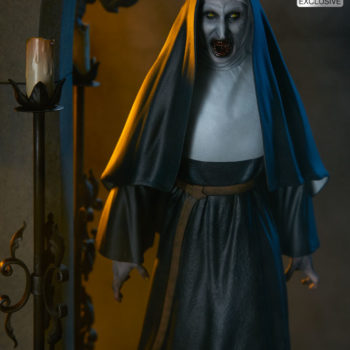 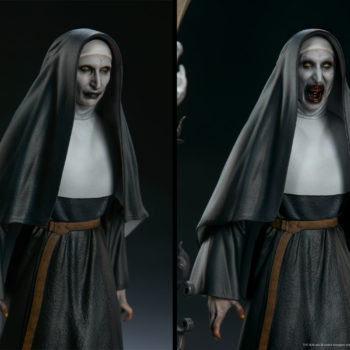 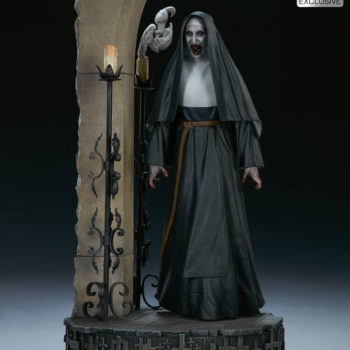 Finit hic, Deo…keep your eyes forward and don’t stop praying; the crosses on the base are there for a reason. Unleash a new form of terror into your collection and order The Nun Statue from the Conjuring Universe today. 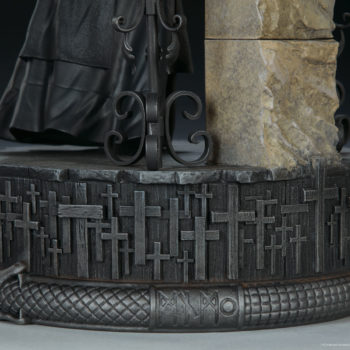 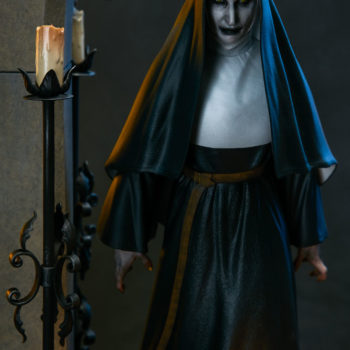 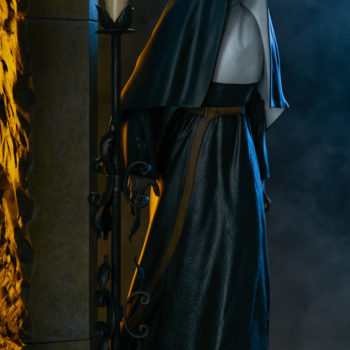 Pre-orders for The Nun Statue will begin on Thursday, April 18th between 12pm-3pm PDT.  Both the Exclusive Edition and Collectors Edition will be priced at $225.oo USD.