Sideshow’s Week in Geek spotlights some of the cool and exciting ways we share our style as fans on and off the clock.  This week- the Captain Marvel Trailer Release! 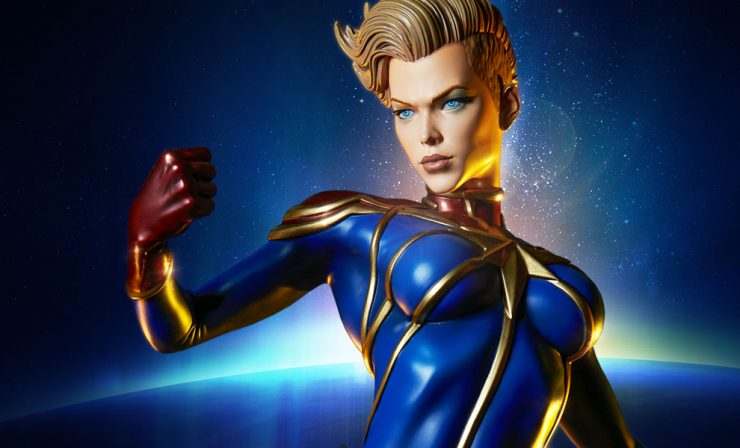 As fans of pop culture, employees at Sideshow are always looking to take our geek passions higher, further, and faster.  With Marvel‘s explosive debut of the first trailer for Captain Marvel, we cannot wait to see the Marvel Cinematic Universe soar to new heights and reach new parts of the vast universe of superheroes beyond that first 10 years of movie magic.

What did you think of the Captain Marvel trailer?

“I love that even in such a short trailer, Marvel was able to show both her softness and her strength. Captain Marvel is one of the most powerful characters in the universe. I think Brie Larson is able to capture all sides of Carol, and I can’t wait to see more!” –Susan

“Captain Marvel basically looks like Iron Man and Dark Phoenix had a baby!  I’m looking forward to learning more about her.” –Chris

“I’m so excited about all of the iconic elements of her character that Marvel showcased in this short trailer release- the helmet and mohawk!  The sparklefists!  They even snuck her cat into the movie poster.  It’s clear this movie is going to be lovingly created and true to character.  Oh captain, my captain!” –Kitty 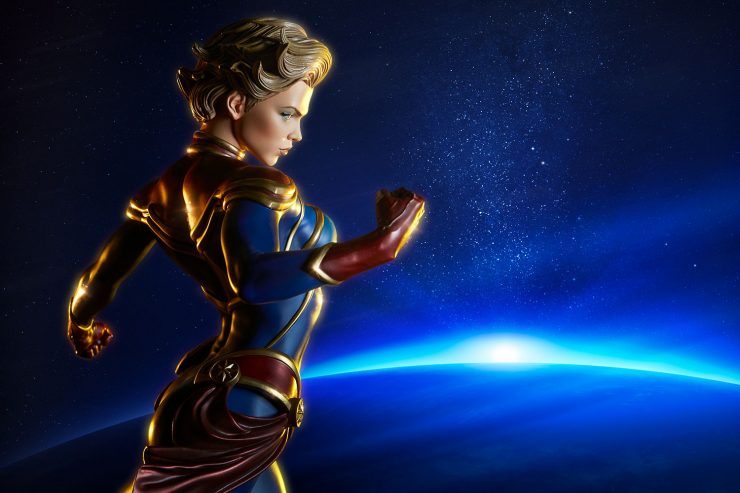 “This is easily one of my most anticipated moves of 2019, but even so this trailer completely blew me away. I’ve already watched it multiple times to try and theorize the specific plot details and catch every secret Easter egg. In fact, I think it’s time to go watch it again… I may have missed something the last seven times.” –Daniel

“The work that comic creators like Kelly Sue DeConnick, Jamie McKelvie, Kris Anka, and Margaret Stohl have done for Carol is so important to me and so many of my geek friends, and it was cool to see some nods to this legacy in the new footage.  The trailer was just enough of a tease to reassure me that Marvel’s got big plans for Carol, and I’m along for the ride 100%.” –Amy

Big thanks to all of our own members of the Carol Corps for sharing their thoughts with us!  Be sure to check out our last Week in Geek, where the gamers of Sideshow talked about playing Spider-Man PS4!