Marvel’s Spider-Verse is crawling with all sort of webheads, not just Spider-Man. Cindy Moon is absolutely one of the coolest, with a difficult and complicated past. Her story starts far before she was even born, when the first avatar of the Spider-Totem came to be.

And while she has a grand role in this world, Cindy Moon didn’t start there. She started as the hero Silk. Let’s get to know her unique origins! 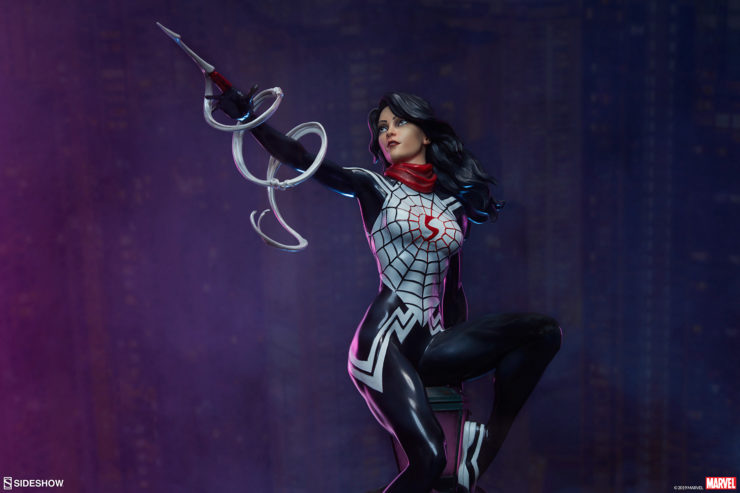 Naturally, people respond differently to similar events. While Peter Parker got into the swing of his powers and his double life rather effortlessly, Cindy Moon had a different path. Her struggle with her abilities caused quite a bit of trouble in her family. Her parents both worked hard to help her figure out her potential and how to find balance in her complicated life. But soon, she was taken in by a mysterious wealthy man named Ezekiel. Ezekiel kept her locked away in a safe-room, to keep her away from evil forces that might have been after her.

It was actually Peter Parker who eventually found her and helped her use her powers. 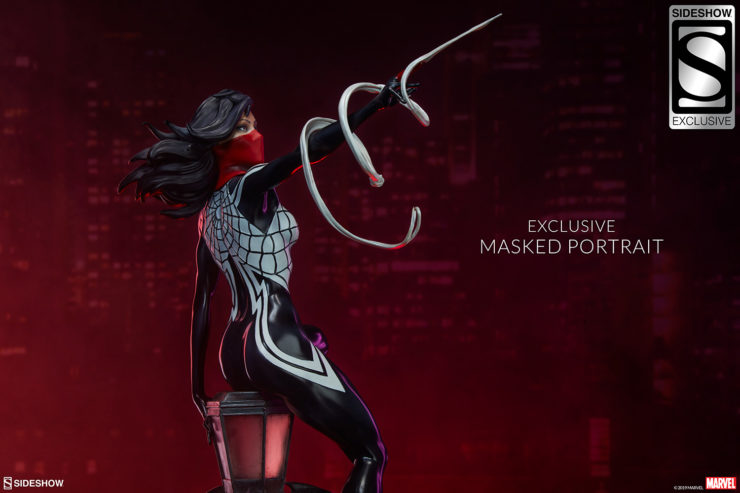 Even though Peter Parker and Cindy Moon were bitten by the same spider, Spider-Man and Silk have notably different powers. Of course, both of them have superhuman strength, superhuman speed, superhuman stamina, etc. However, Silk has some unique differences in her moveset.

First and foremost, before she became Silk, Cindy Moon already had an eidetic memory. That means that she remembers every single moment in her life down to the smallest detail. There’s nothing that can get past her.

Spider-Man is significantly stronger than Silk, but Silk is shockingly quicker. Her agility and reflexes surpass even Spider-Man’s. Not only that, but her Silk Sense (Cindy Moon’s version of the Spider-Sense) is stronger than almost all members of the Spider-Family. She is able to sense the identity of her attacker before she even sees them. She can sense potential danger farther away than Spider-Man can. She could even sense when a girl was left alone after a party and began crying. She is so sensitive to her Silk Sense, that she often has to actively ignore it. And with her eidetic memory, her Silk Sense lets her capture constant details about her surroundings. She remembers every fight, every move, and every detail of an investigation.

And while Peter Parker had to create his own web-shooters, Silk can create organic webbing and shoot it from her fingers. She even made her own costume out of her organic silk thread. That organic silk is just as versatile as Peter’s artificial webbing, if not more. She’s hardened her webbing on her fingers to create claw-like extensions on her fingers.

With Peter’s help, Silk was able to gain control of her abilities in a way she never had before. 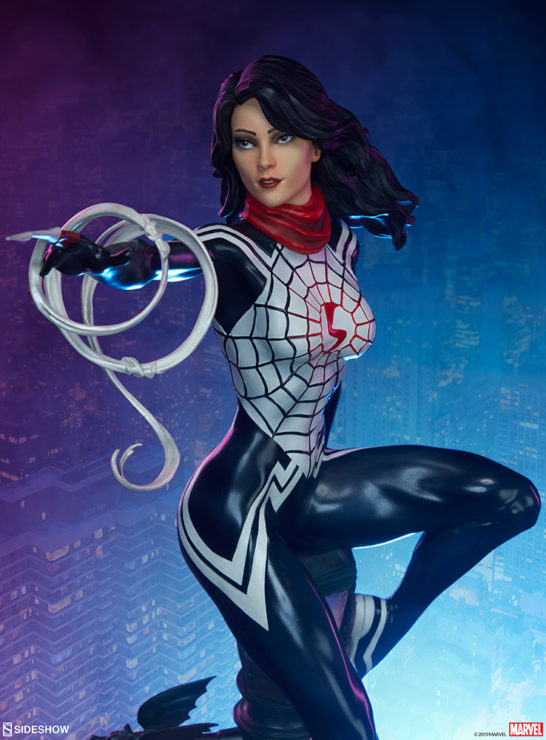 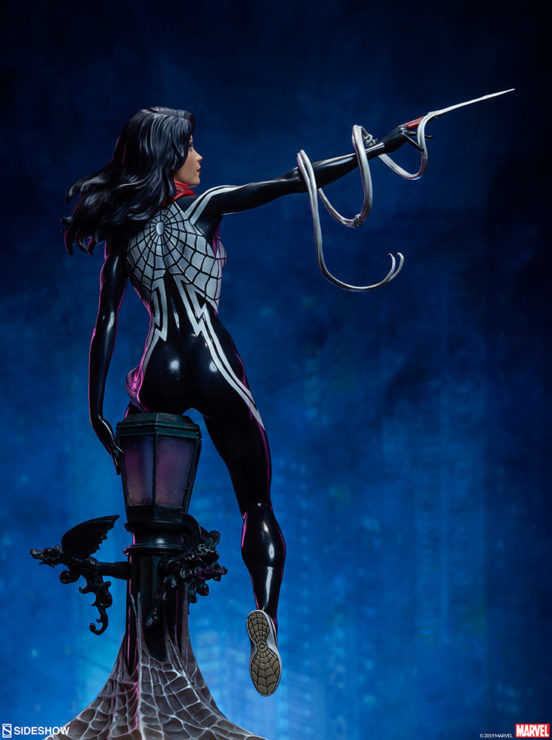 Peter Parker was shocked when he found Cindy Moon locked away in a safe-house on Ezekiel’s property. He was thrilled to meet someone else with similar powers, and as always was eager to help her. They spent a lot of time together, and at one point had quite the exciting relationship. Those webheads got along a little bit too well, and Silk had too many plans to slow down. After Spider-Man freed her from the safe-house, her parents had gone missing, and she was set on finding them again.

After all the events of the Spider-Verse crossover, some of the Spider-Family stayed in touch. Silk, Cindy Moon, and Spider-Woman, Jessica Drew, had plans to go see Spider-Gwen, Gwen Stacy, for brunch on Earth-65.  However, they were attacked by an evil organization called S.I.L.K. that was run by an alternate reality’s Cindy Moon (although that Cindy Moon didn’t have Spidey powers). These Spider-Woman fought against and defeated the entire organization. Leave it to Silk to have the most clever plan of all!

Who is your favorite hero in the Spider-Verse? Let us know in the comments, and don’t forget to Let your Geek Sideshow!