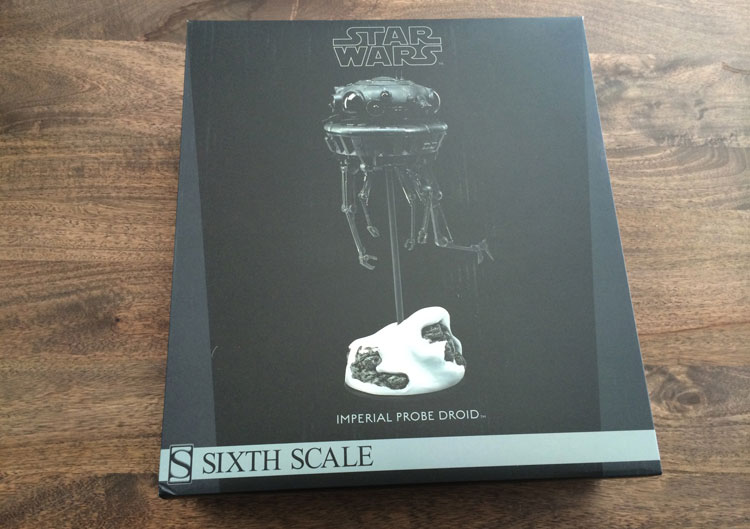 Our friends at SlashFilm.com took a closer look at Sideshow’s Imperial Probe Droid Sixth Scale Figure – check out some of the photos and highlights from their review below!

From its introduction in the opening of Star Wars Episode V: The Empire Strikes Back, the Imperial Probe Droid was one of those things that haunted my childhood. I know its just a spy robot, but something about it creeped me out as a child. As I got older, I was taken with the Imperial Probe Droid’s more complex design (especially compared to many of the droids we saw in A New Hope) and fascinated with the creepy choices that went into its design (look at those roving eye details and the tentacle like arms). 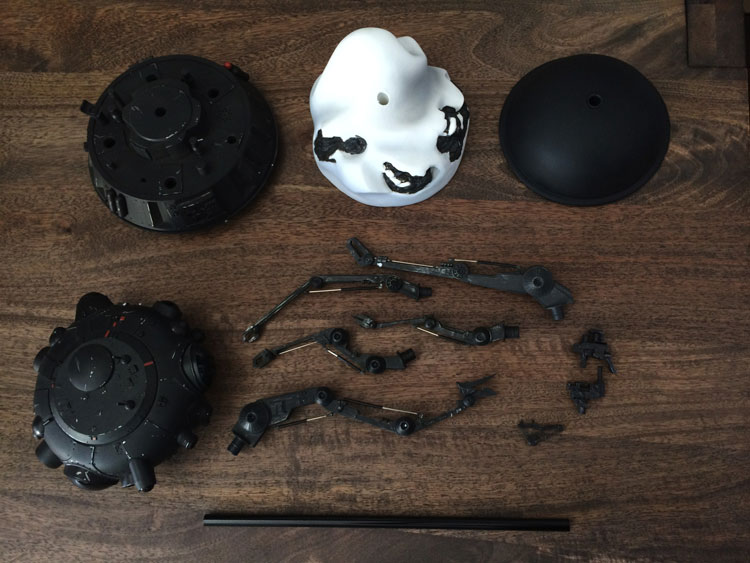 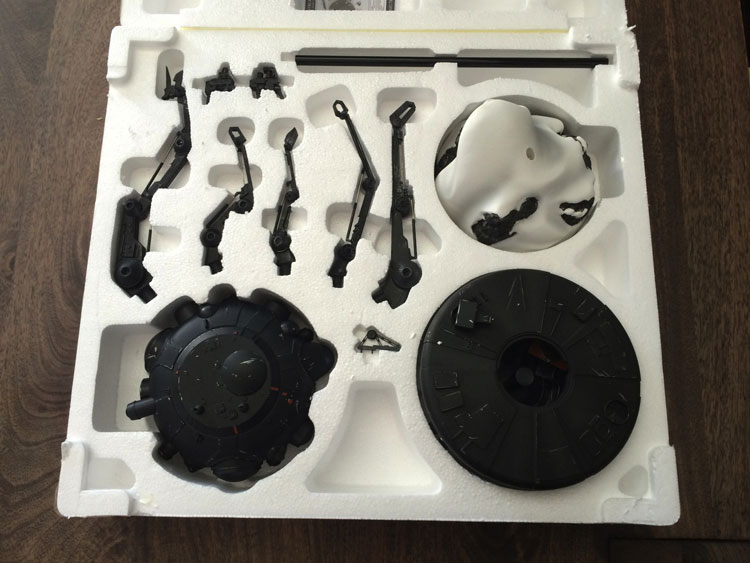 The figure  requires a bit of assembly, as you can see from the above images. While the huge box may be light on extra parts and pieces (that we’ve come to expect from other Sideshow and Hot Toys releases), the figure is heavy on fine details and extra built-in design bits. 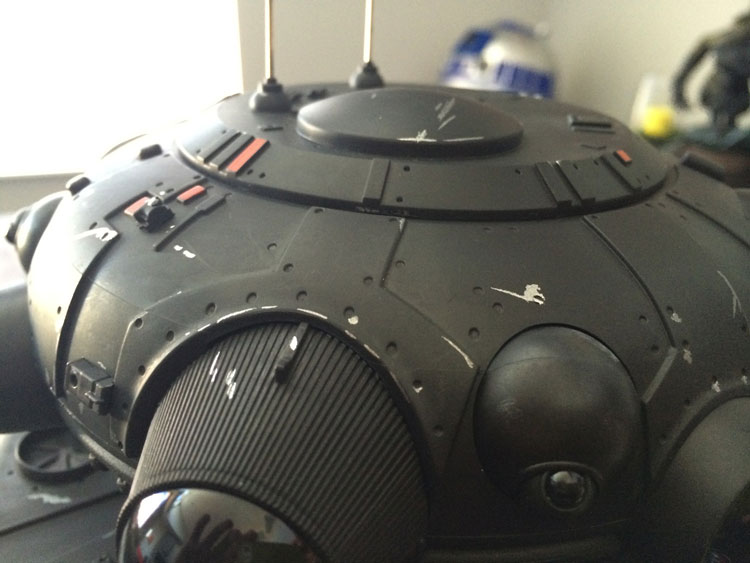 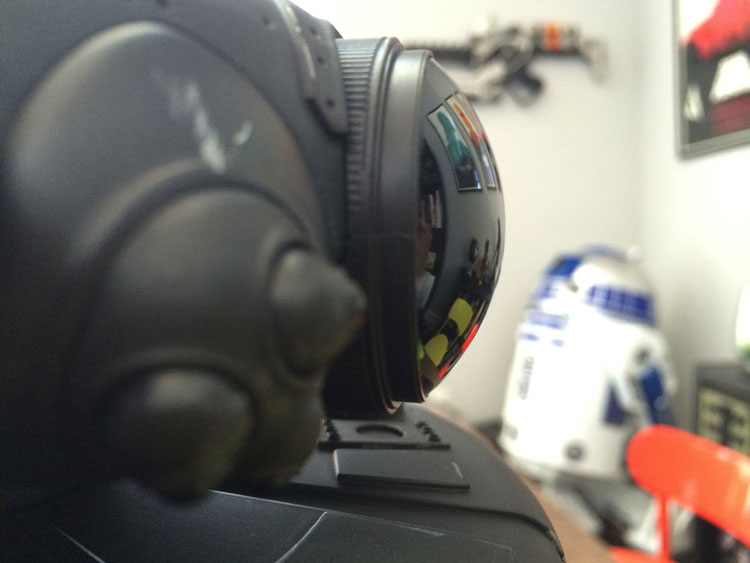 The paint job designed by Jason Eaton and Anthony Mestas features lots of nicks and scratches, giving it a very realistic metal look. I’m amazed that the sculpt features so many moveable pieces, from the fully articulated tentacle arms (complete with expanding hydraulic forearm pieces) to the gyroscopic eye within rotating eye sockets. Other fine details include the droid’s blaster which features articulation, and an extending antennae. 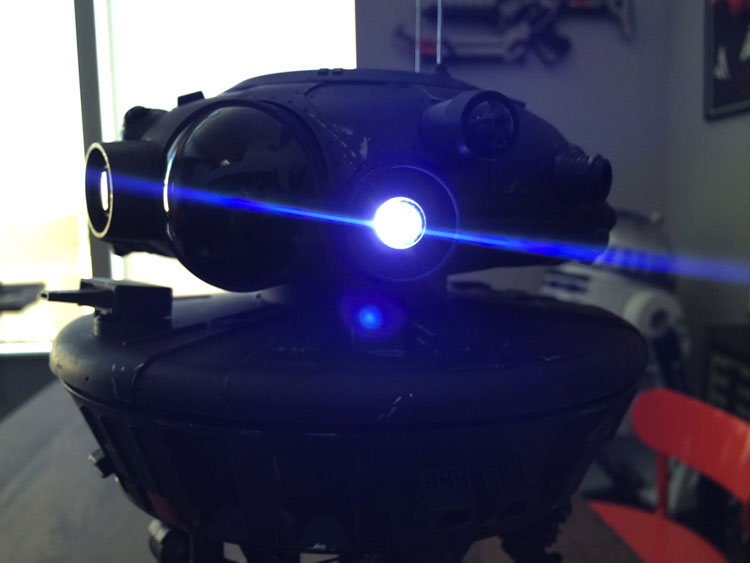 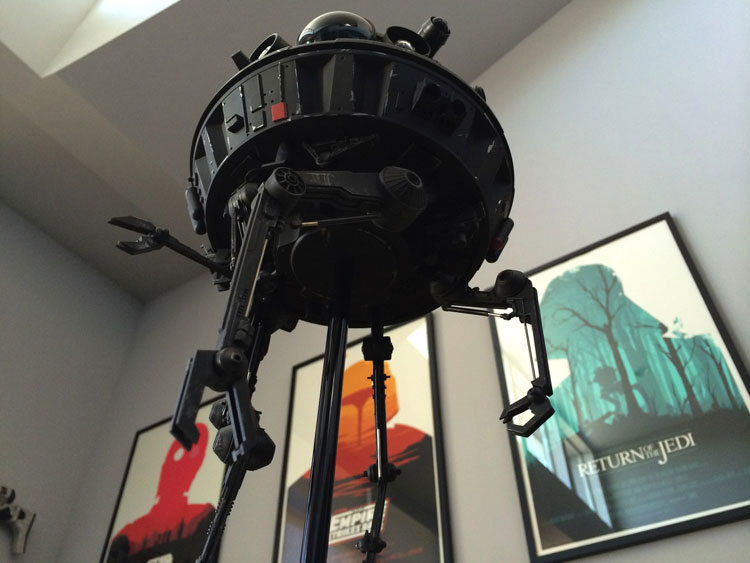 The figure has two powered features, a button on the head that turns on a light in the main eye with the choice of two different colors. This light is not your basic light up feature, its almost blinding from the front view. The other electronic feature is a button in the lower half that will activate the Probe Droid Communication Sound.

It’s an amazing figure and will sure to look good floating next to the Hoth Han Solo sixth scale figure which is scheduled to be released late this year.

Head on over to SlashFilm.com for the full review!

We have new Star Wars figures, statues, and collectible items- be sure to check them out!

Hot Toys DeLorean is here! When this baby hits 88 mph, you're going to see some serious...