All Those SpongeBob Memes Explained

SpongeBob SquarePants has become an icon in the world of pop culture and internet humor. Some of the most popular memes online are just casual screenshots from the little town of Bikini Bottom within the depths of the ocean.

Most of the time, these memes are used out of their original context from the show. Maybe it’s the context that makes the memes so funny, or maybe it’s that random frames of drawing from the show have permeated an entire generation’s sense of humor.

There are lots of SpongeBob memes, so we’ve grabbed a handful of some of the most popular. In honor of Annoy Squidward Day, this guide will let you know how and when to use these SpongeBob SquarePants memes. Grab your jellyfishing nets, put on your Goofy Goober glasses, and let’s ask the magic conch shell what each of these memes are all about. 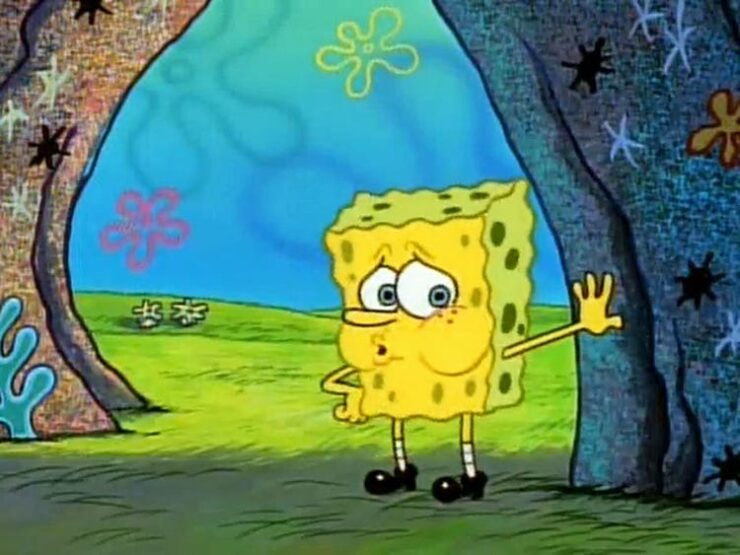 This frame comes from the episode “Nature Pants,” where SpongeBob has decided to leave behind his complicated life. He’s moved onto bigger and better things, and he decides to live alongside the jellyfish out in nature.

In this particular moment, he’s running away from his best friend Patrick, who’s trying to bring SpongeBob back home to civilization. SpongeBob stops for just a moment to catch his breath while running away.

Most people use this meme just to show their own exhaustion after typically mundane tasks — any kind of social interaction, putting the sheets on your bed by yourself, or answering even a single phone call. Tired SpongeBob sums that whole mood.

Squidward Looking Out of the Window 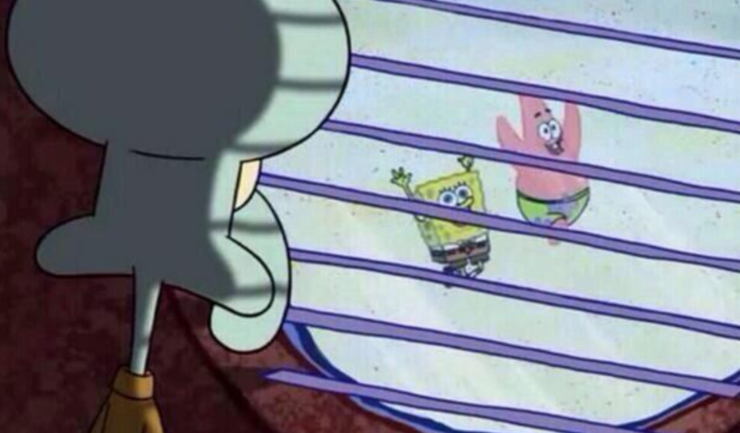 This picture comes from the episode called “That Sinking Feeling.”

SpongeBob and Patrick are laughing and playing outside their homes. Squidward lives right between their homes, a precarious spot for someone who values their space like Squidward does. He watches them run back and forth, and grumbles and mumbles to himself. It captures him in a moment where he clearly isn’t having fun like they are.

This is a meme used for jealousy, envy, or perhaps pure spite directed at others. 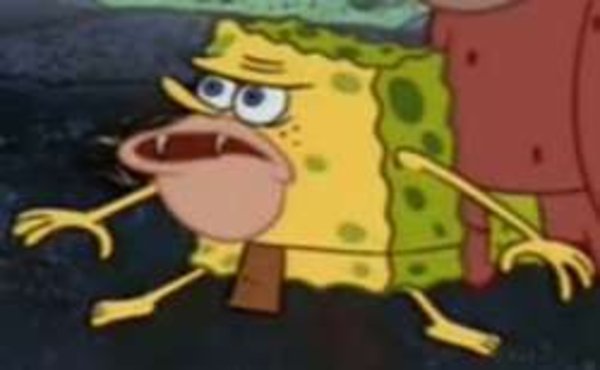 From the episode “Ugh,” we get to meet one of SpongeBob’s oldest ancestors, SpongeGar. He is a prehistoric sponge. He’s a bit less eloquent and graceful than the SpongeBob we know and love. In fact, he’s a bit gruff. And though he’s right at home in his era, he always seems a bit out of place.

That’s exactly what the meme is for: when you feel out of place or suddenly surprised by something. It’s awkwardness, shock, or confusion. Use SpongeGar when you have no idea how to respond to the situation. 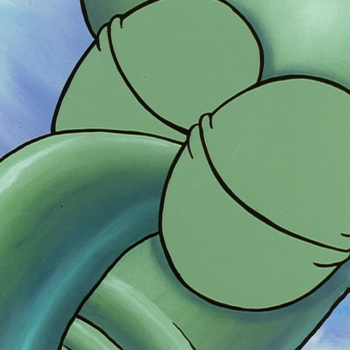 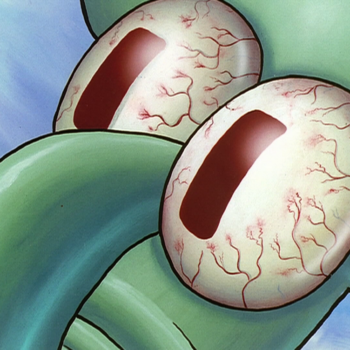 In “Home Sweet Pineapple,” Squidward Tentacles is so tired that he hardly notices the guests in his home. He doesn’t even notice that SpongeBob is comfortably lying down right next to him.

SpongeBob wishes him a good night, and closes his eyes. Squidward was already exhausted, his eyes were closed, and he mumbles back, “Goodnight SpongeBob.” It only took him a second more to realize that he did not invite SpongeBob for a sleepover!

The two-image meme captures a perfect shock or a late, terrible realization. It’s used when people forget to do their homework, learn about an important and very adorable animal, or have deeply rooted anxieties that blossom in their homemade memes. 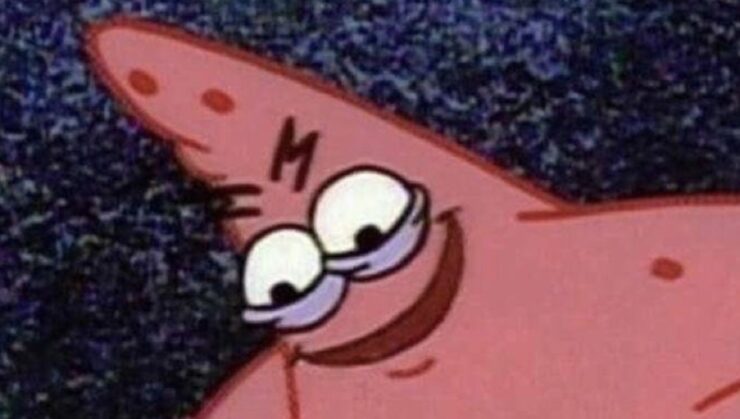 Patrick is determined to bring his best friend back home, and he will do whatever it takes to make that happen. So, he chases SpongeBob down like the jellyfish he is pretending to be. If that sounds horrifying, it’s because it is. He is evil, after all.

It’s used for feelings of villainy or nefarious satisfaction, like when your evil plans are going exactly according to plan, or when your foot crunches every single one of the fall leaves in its path.

Who Put You On the Planet? 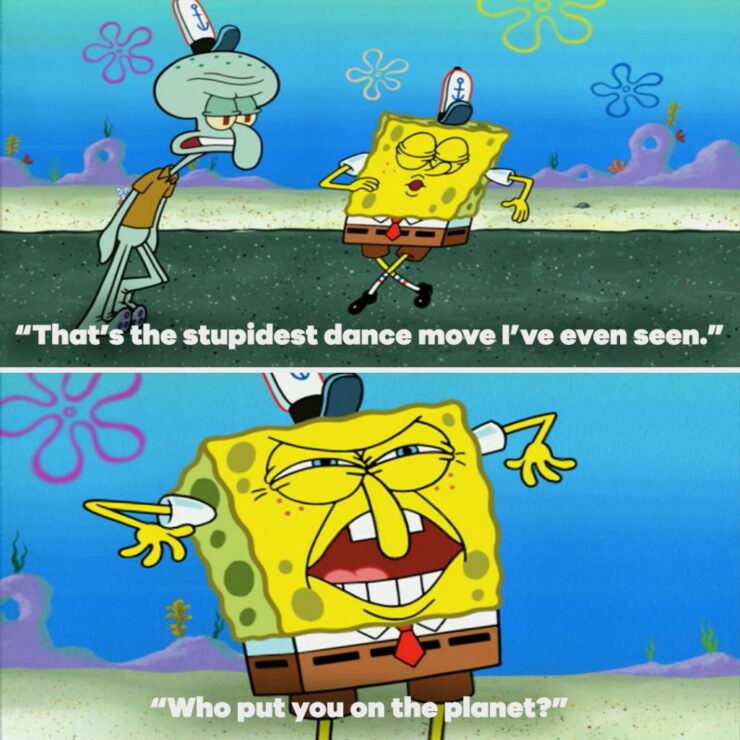 SpongeBob SquarePants loves dancing. If you didn’t know, there’s an entire episode called “I ♥ Dancing” that shows just how much he loves to groove.

Squidward has a hard time letting other people enjoy life, especially when he’s so grumpy about his life. When he insults SpongeBob for his dance moves, SpongeBob shoots back with an equally grouchy jeer. It represents being fed up with negativity, or calling out someone’s perceived ignorance. 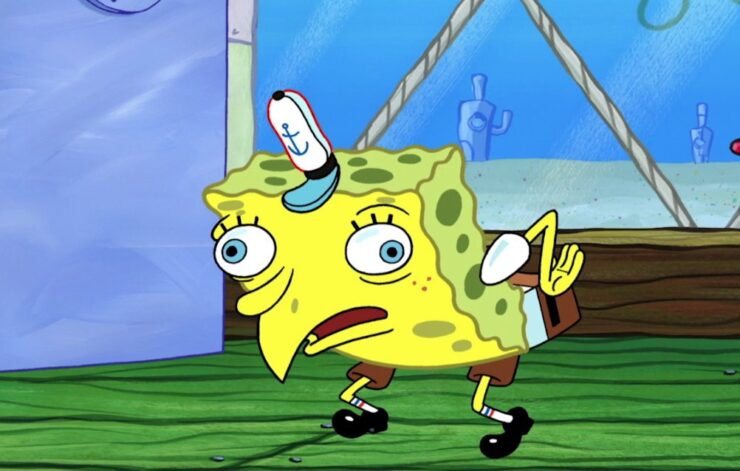 This might be one of the most famous SpongeBob memes of all, and it’s usually used completely out of context. In the episode “Little Yellow Book,” we get a peek into SpongeBob’s diary. It reveals that he clucks like a chicken whenever he sees plaid. And lo and behold, he does cluck like a chicken, beak and arms back. 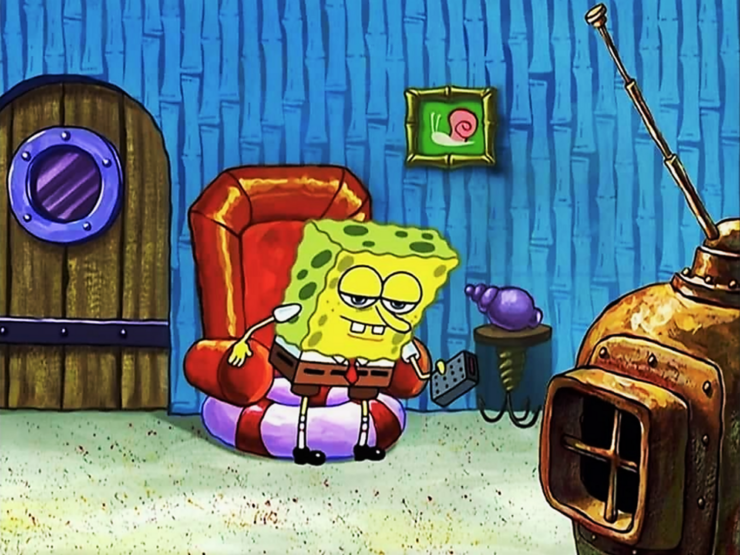 Or maybe this is the most famous SpongeBob meme. It’s from the episode “The Smoking Peanut,” and it shows SpongeBob sitting down to watch TV. He’s about to get comfortable after a long day. Interestingly, the meme use is almost the exact opposite due to the ambiguity of the image.

It’s often paired with the phrase, “Ight, Imma Head Out.” The meme is for leaving a situation that makes you uncomfortable. Even when used completely out of the image’s original context, a meme can still be perfect for so many situations.

What’s your favorite SpongeBob SquarePants meme? Let us know in the comments, and don’t forget to Let Your Geek Sideshow! 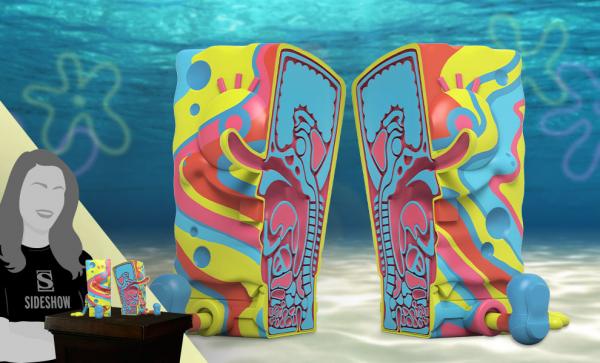 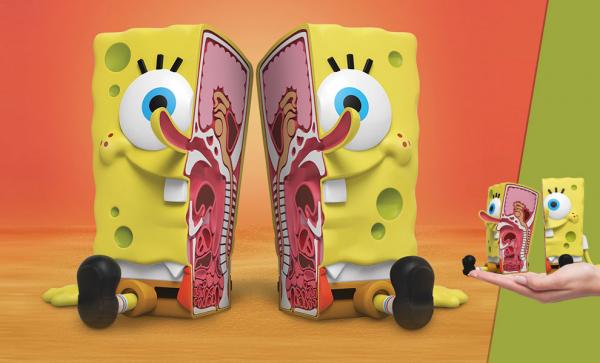 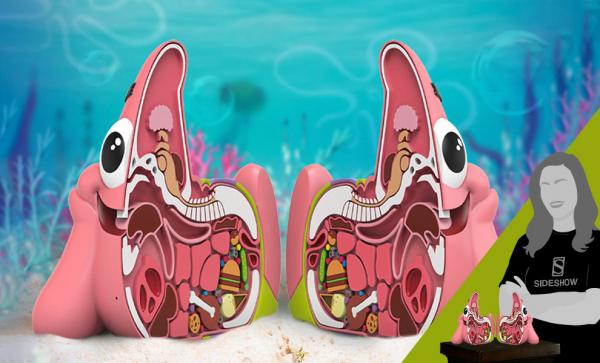