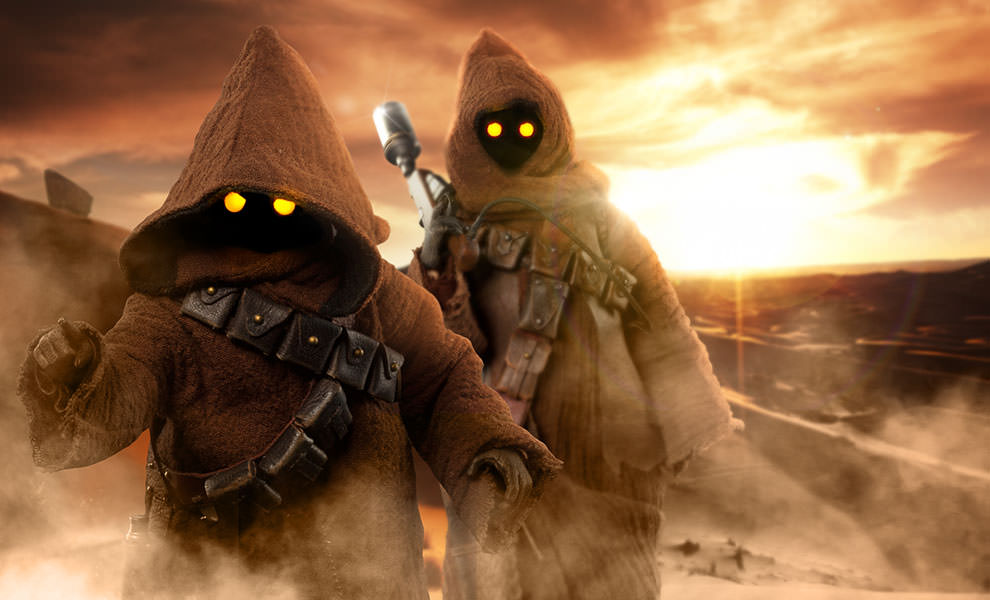 Perfect companions for our recently released R5-D4 Sixth Scale Figure, Sideshow is excited to return to Tatooine to bring you those beloved shifty squabbling sand scavengers – the Jawas!

One of the rarer characters from the vintage Star Wars figures, Jawas have always held a special place for collectors as a highly popular and sought-after character. 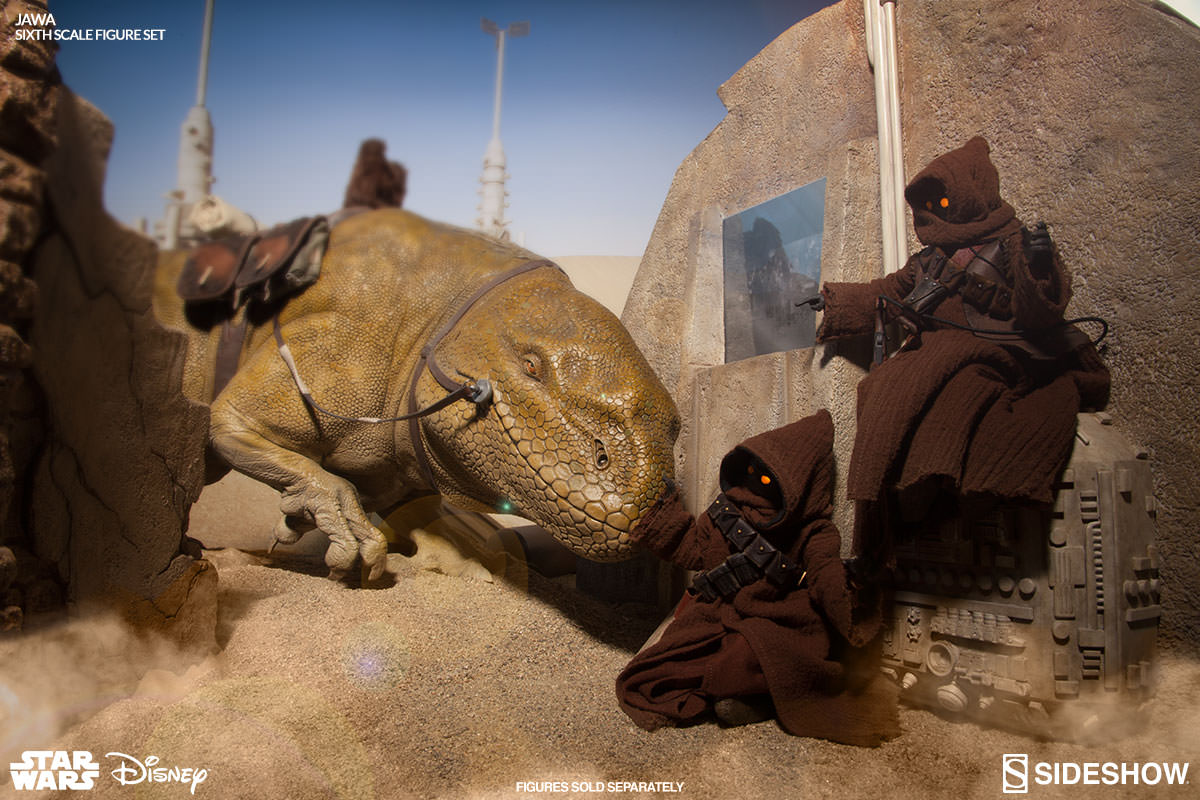 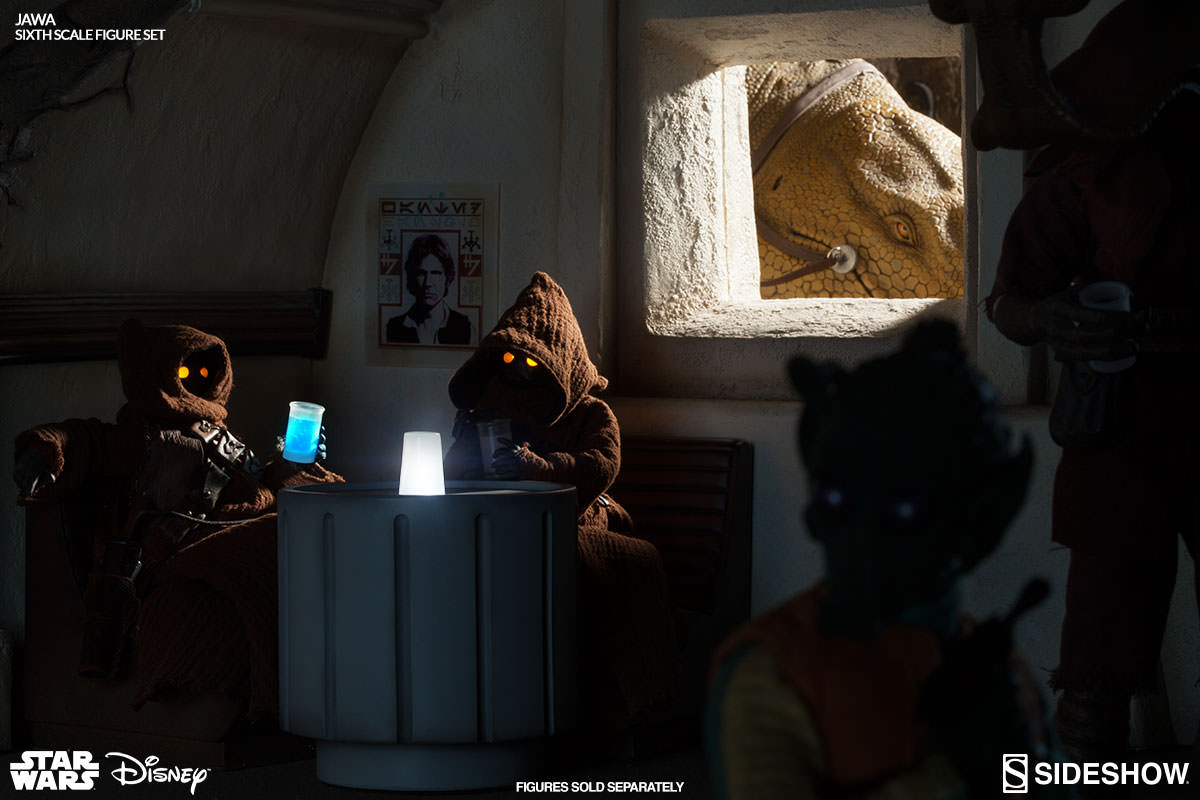 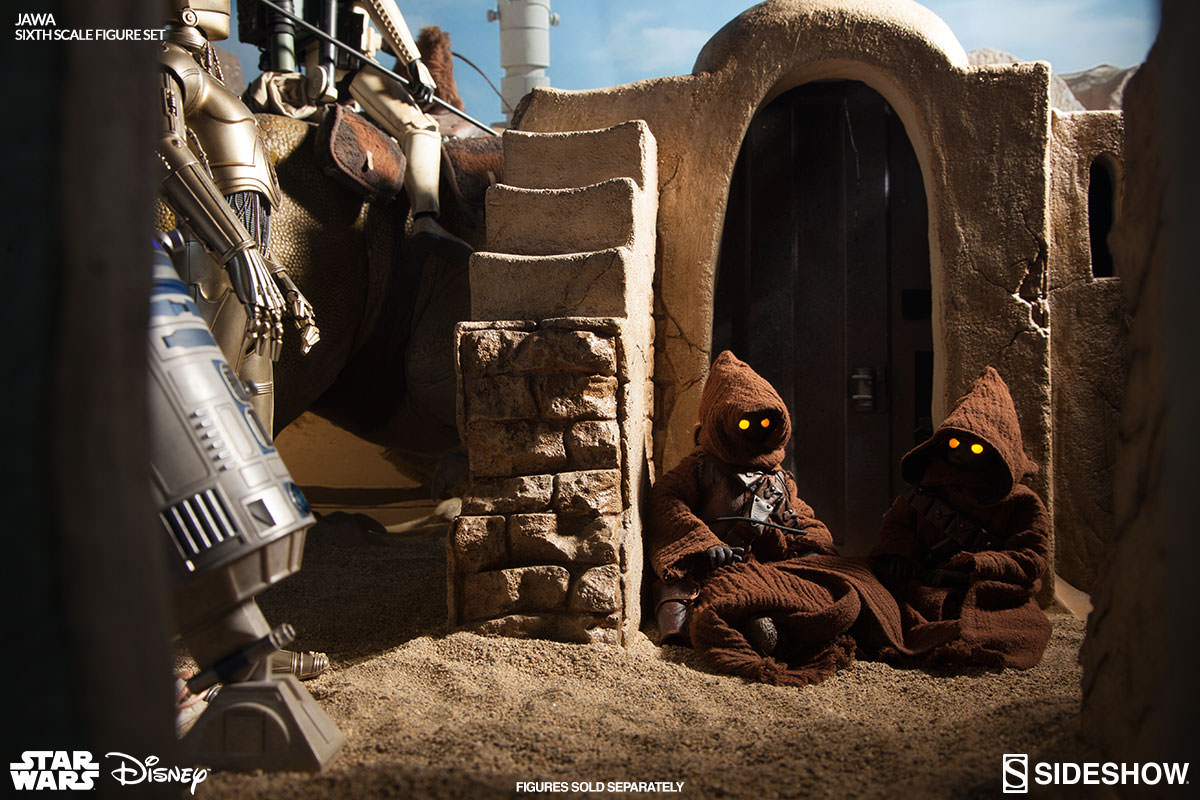 A curious species, bands of greedy merchant Jawas scour the deserts of Tatooine for discarded droids and scrap machinery to repair, trade, and resell. Never seen traveling alone, the Sideshow Jawa Sixth Scale Figure Set includes two fully articulated individuals, each packed with personality and the ability to pose in an endless variety of positions for display. Mysteriously concealed in their traditional brown robes and bandoliers, bright LED-illuminated yellow eyes peer out from beneath the dark folds of their peaked hoods. 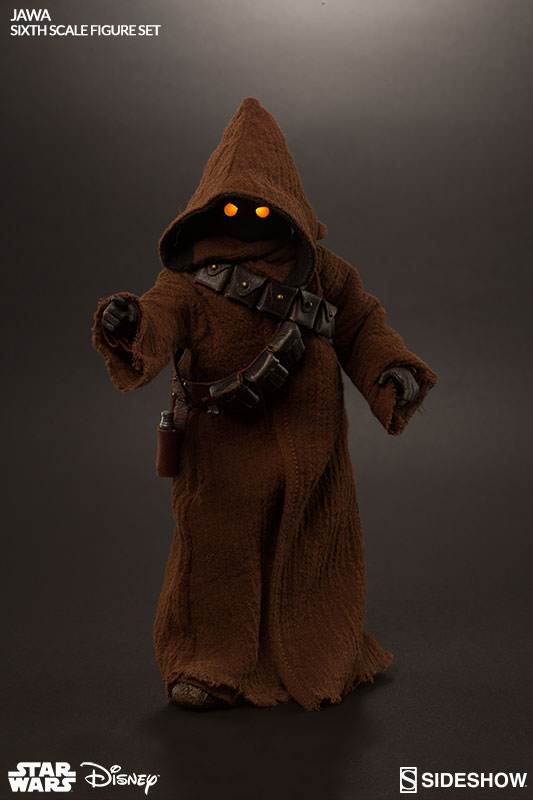 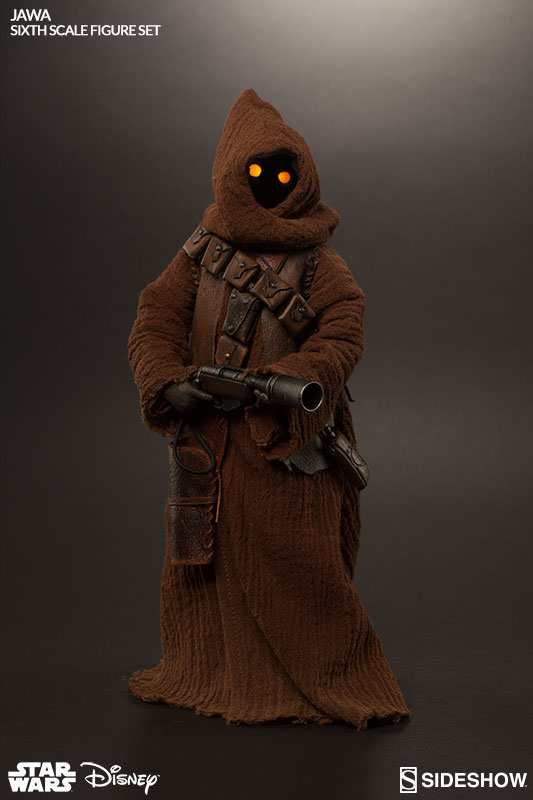 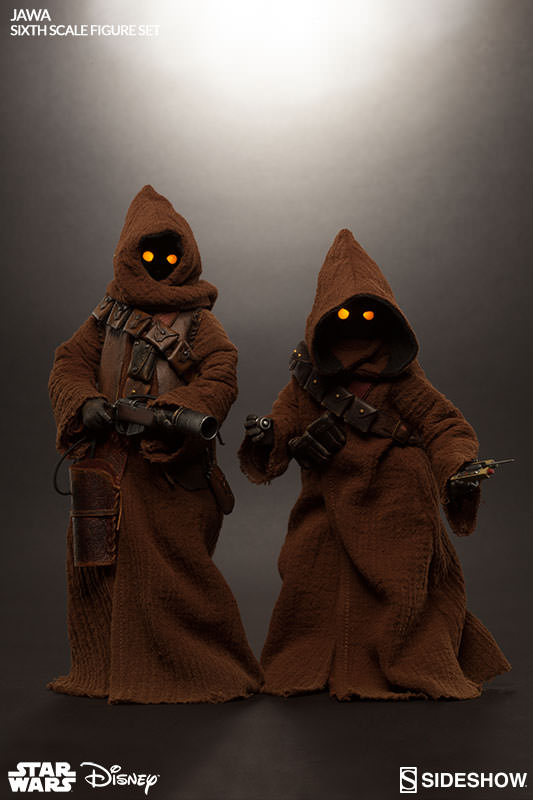 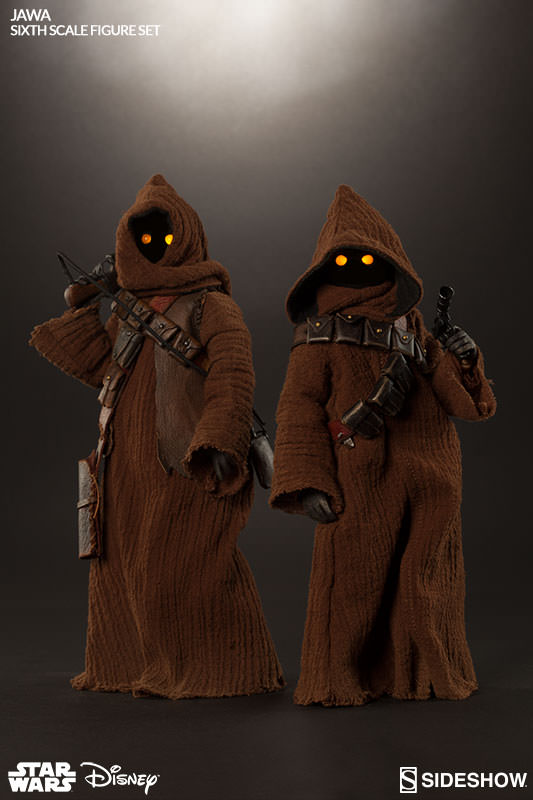 Ready to peddle their hastily refurbished finds, the Jawas are equipped with an impressive cache of weapons and accessories, including a space thermos, welder, droid caller, magnetic restraining bolt, a blaster pistol which fits neatly in a belt holster, and a droid-stunning Ion Blaster for difficult acquisitions. 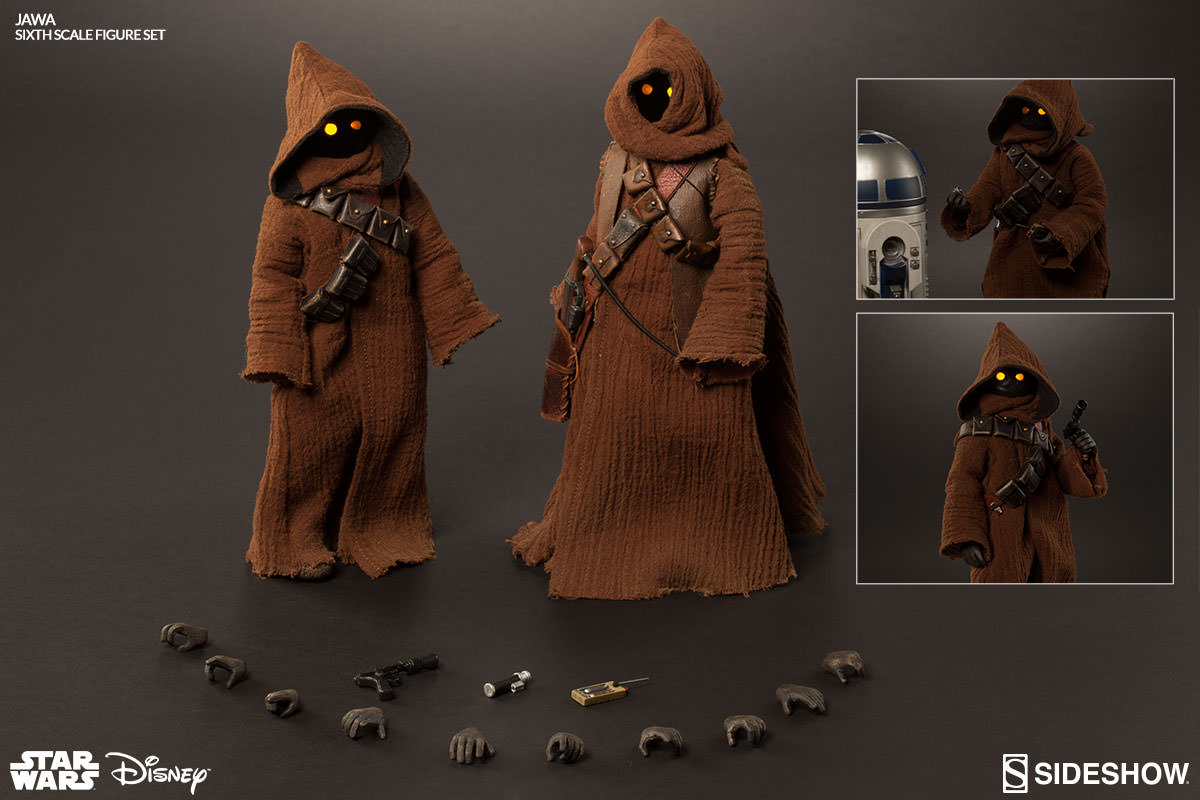 Scum, villainy, and moisture farmers alike will be hard-pressed to find a better selection anywhere else!

Court of the Dead returns to San Diego Comic-Con