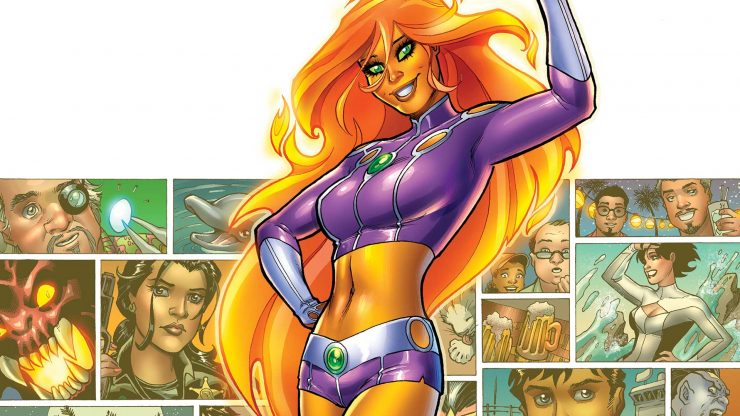 Starfire- a classic DC universe character beloved by kids and adults alike- is a powerful female superhero that has sometimes been overlooked by fans simply as Robin’s love interest, or a muse for fantasy outfitting.

With the trailer for the live-action Titans dropping at San Diego Comic Con, as well as the recent theatrical release of Teen Titans Go! To the Movies, there’s never been a better time to outline what she is capable of- not just what she looks like or who she dates.

Starfire is a Tamaranean, and was given the name of Koriand’r at birth. If you’re wondering what on Earth a Tamaranean is, it’s because they’re not from Earth! Their biological makeup as an alien race is designed to absorb ultraviolet radiation, which is converted into pure energy. This energy is what allows Starfire to fly at spectacularly fast (supersonic, really) speeds. In fact, her power of flight is heavily debated.

Early in her appearances, Starfire was shown to be capable of flying so fast that she could travel several solar systems in space without assistance from gear or vehicles of any kind. Later on in her reboot, specifically in Red Hood and the Outlaws #2 and #27, it was shown that this was no longer the case- she can no longer fly without the effect of gravity to assist her. Not too unreasonable; wouldn’t want to steal that speedy spotlight from the Flash, after all.

While it’s not unheard of for characters to be rebooted to reduce their occasionally overpowered arsenal of superhuman abilities, Starfire didn’t need her incredible powers of cosmic travel flight to remain far more than formidable. Her strength and durability are significantly enhanced on their own, making her an extremely capable fighter in simple hand-to-hand combat. Starfire has been proven so strong in contact strife that she has been able to take on Wonder Woman, Donna Troy, and even shake a whole city with a single hit.

This strength doesn’t come from nowhere, though; Starfire is a being heavily reliant upon energy, collecting an incredible amount of it and consistently being shown to use it in a variety of ways. After being captured and subject to nigh-lethal experimentation by alien Psions, she only grew in power. She is quickly proven to have become so strong that, when in particularly heavy fits of rage, she can release her energy in incredibly powerful blasts called Starbolts. 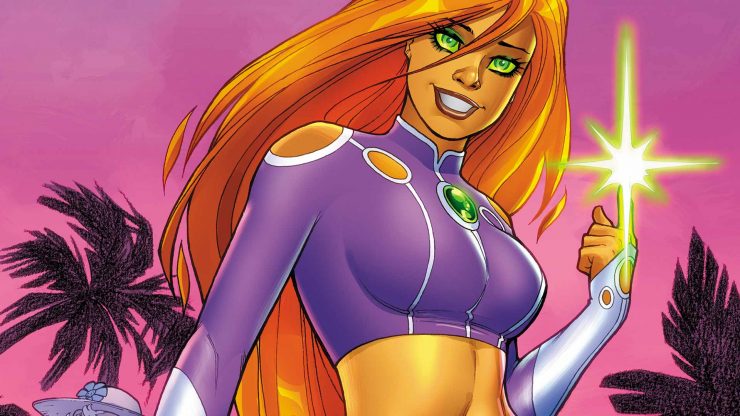 Even more powerful and overwhelming than Starbolts, she can release all of her stored energy to create an omni-directional blast, though this does leave her in a severely weakened state. Starfire can even consciously absorb solar and ultraviolet energy, which came in handy to weaken Kryptonian powers in Superman Volume 1 #683.

The Psion incident is not the only occasion in which Koriand’r has had to exchange blows with alien threats. Many times, throughout her various histories, she has had to face up against threats to both Earth and to her homeworld, Tamaran. She often comes from a dark history of having been enslaved by such conquerors, but our Starfire has always come through, overthrowing enemy forces with the help of anyone who sees the stunning value within her. Whether fending off the parasitic Blight or taking on a Helspont invasion, this heroine proves time and time again that she’s loyal to even those which haven’t ‘earned’ her kindness.

“There will always be people who say mean words because you are different. And sometimes their minds cannot be changed. But there are many more people that do not judge people based on how they look, or where they came from. Those are the people whose words truly matter.”

Flawed she may be, but this is one superwoman no one can claim doesn’t have her heart in the right place.

Despite her dedication to her homeworld, (and in many iterations, her sister), she continues to call Earth her home above all else. She may struggle with a bit of naiveté regarding humans’ cultures and customs, but she’s always quick to find friends here with us. Once upon a time, she even gave up the heroic mantle in pursuit of living a normal, calm life amongst humans in a small coastal town- although trouble would follow her wherever she settled, and upon meeting another heroine much like herself, she would inevitably return to using her powers to help others and squash injustice. 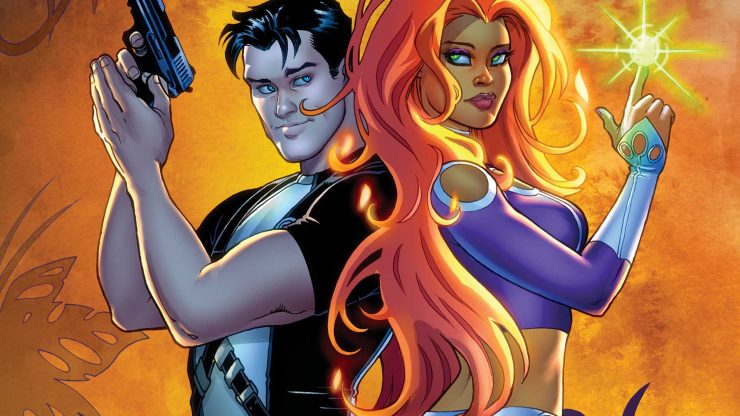 Beyond her energy, strength, and durability, this superheroine possesses less aggressive and more practical daily-use abilities. All Tamaraneans have the ability to pick up any language with physical contact, meaning that they are universally communicative as a race, and have the capacity to make brilliant diplomats.

Of course, this usually comes with a significant amount of entertainment appeal too, given Starfire’s typical sense of playfulness; she often chooses to kiss males to ascertain their language, insisting that it’s “more fun” that way. In some canon- the original Teen Titans cartoon, for example- this was even the only way of acquiring a new language, leading to some solar sparks between the earthbound Koriand’r and her eventual teammate Dick Grayson.

So while she doesn’t need to eat, sleep, drink, or even breathe unless she’s low on ultraviolet energy, Starfire does need to have her share of praise and appreciation. This alien princess needs no knight or prince to save her, and can very well stand on her own- but wouldn’t it be nice to make way and roll out the red carpet for her?

What do you think about Starfire’s role in the new Titans series, or her part in Teen Titans Go! To the Movies? Let Your Geek Sideshow and tell us in the comments below!