The Best Character Classes in Cyberpunk 2077!

Cyberpunk 2077 is an upcoming open world RPG with an extraordinary amount of freedom granted to the players. It is based off of the classic tabletop RPG Cyberpunk 2020. In the tabletop game, there are multiple classes that you can play and multiple skills you can specialize in. However, you can only pick one. In Cyberpunk 2077, you can pick skills from every class and customize exactly who you want to be.

From trailers to gameplay demos, we have seen 6 classes from the original game confirmed. Let’s dive into these classes, and figure out what skills they have that you can use to build your ultimate cyberpunk self. 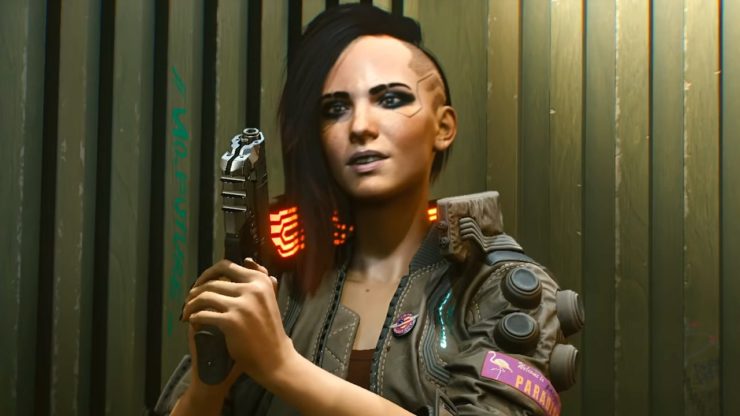 Solos are usually hired hitmen. If there’s a job to get done, they’re fantastic contractors to count on. In the gameplay demo, we got to see V as a Solo, using her strength, cybernetic augmentations, and inhaler-administered drugs in order to defeat a litany of enemies.

Solos can also enhance their eyes to scan the world around them for weapons and information about each person they can see. Nothing can stop them. Netrunners also enhance themselves through intense cybernetic augmentations to their bodies. However, their augmentations aren’t geared towards strength or physical force, but rather focus on hacking and connecting in unique ways with the technology that fills the world around them.

That means they can hack their way into any building, and even into some of brains of others around them. Nowhere is off limits to a Netrunner.

Fixers are the crime lords of Cyberpunk 2077. They have connections at every corner, and a network that spans every specialty and service. There’s very little that they can’t get their hands on, because no matter what they go or who they’re talking to, they can ask favors of most folks.

And if they ask for something, they’re likely to receive it. It’s certainly a benefit to be on their good side. No one can say no to a Fixer. Corporates are representatives for large corporations with power, money, and operatives on a scale that no one else can compete with. Their sheer amount of resource is provided by impossibly large corporations.

Corporates are generally seen as evil, and they certainly function above any other laws due to their affluence. No one can outbid them, and no one has firepower stronger. Their weapons are coveted, if you’re keen on stealing.

Techies are adept in the art of creating advanced cybernetics. From augmentations to independent robots that can follow you around, or any form of weapon, they can craft it all.

Many of them are purely engineers and upgraders, but a few particularly skilled Techies can be referred to as Ripper Doctors. They truly integrate technology into the body. It wouldn’t be inaccurate to refer to them as “Medical Technologists”. There’s nothing a Techie can’t build.

Rockerboys are musicians and celebrities that exist in this world as a rallying force against big corporations and corruption. They are leaders. They are rockstars. The most famous of them is certainly Johnny Silverhand, who was a member of the band Samurai. In the game, Johnny Silverhand’s motion-capture is performed by Keanu Reeves himself, making for an epic cameo in the initial teasers that dropped earlier this year.

We hear in the gameplay trailer that it’s been, “almost a year since his last ride.” And yet, Silverhand is a part of our experience in Cyberpunk 2077, because it seems that he is haunting us. Whether or not he is dead is unknown, but we do know that he’s connected to the player in some way.

There are more classes that are unrevealed at this time, but we’ll learn more as the release date for the game (April 16, 2020) gets closer.

Which class are you most excited for in Cyberpunk 2077? Let your Geek Sideshow and tell us in the comments below!

New Photos of the Wrath of Wormzilla Designer Toy by Mike "Poopbird" Groves from Unruly Industries!