Fantastic Beasts and Where to Find Them started as a humble supplemental guidebook for Harry Potter fans to explore the world of magical creatures that only existed by name in the original novel series.

Since then, with the advent of the Wizarding World extended universe films, the magical world has opened up and introduced dozens of new, dangerous, adorable, and bizarre creatures — from dragons and Demiguises to the lovable Niffler. Check out our guide to these 15 fantastic beasts that leapt from the page to the screen, and five that haven’t appeared just yet (though anything is possible with Fantastic Beasts: Secrets of Dumbledore). 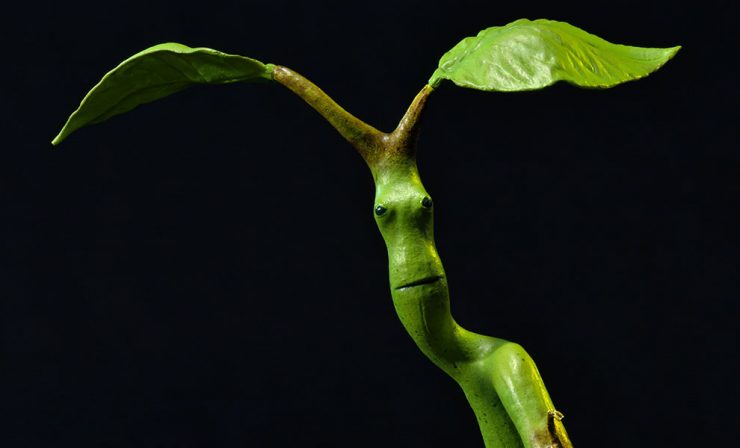 The Bowtruckle appears in both Fantastic Beasts films to date, as Newt Scamander’s trusty pocket-dwelling Pickett accompanies the magizoologist on his international adventures.

Bowtruckles are small twig-like creatures that dwell in trees and eat insects. Due to their appearance, they are quite difficult to spot in their natural habitat. 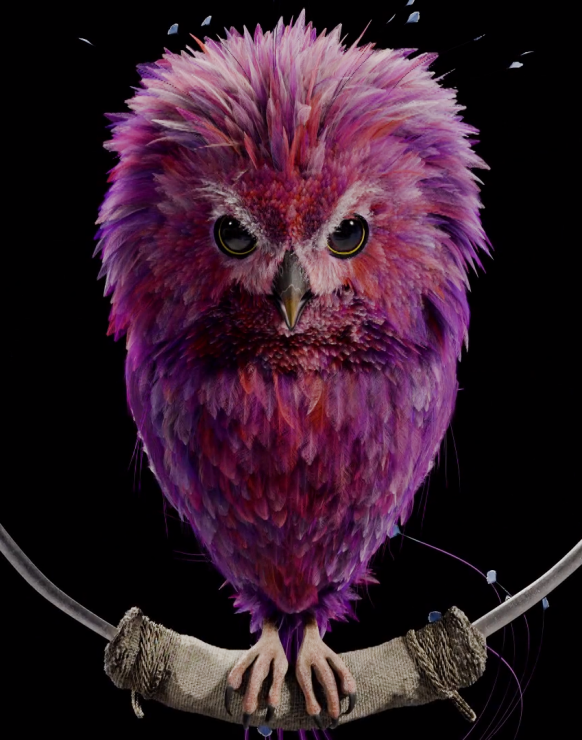 The Fwooper makes a brief appearance as a part of Newt’s menagerie in Fantastic Beasts: The Crimes of Grindelwald. These brightly colored birds originate in Africa, and are known for their high-pitched twittering that drives the listener insane.

Fwoopers can be colored pink, orange, green, or yellow, and are sold with Silencing Charms placed upon them. Wizards must acquire a license to own a Fwooper.

The Japanese water demon Kappa can be spotted in Fantastic Beasts: The Crimes of Grindelwald as a member of the Circus Arcanus, where Credence and Nagini make their grand escape.

Kappas are known for their distinct heads, which are hollow and collect water on the top. They are generally hostile, known for strangling humans and feeding on their blood. If the Kappa can be tricked into spilling the water in its head, it will be weakened.

The Mackled Malaclaw is not edible, as ingestion will cause fever and green rash. Any wizard bitten by the creature will suffer from very bad luck, so it’s recommended that victims call off all bets, wagers, or situations of chance after encountering a Malaclaw.

The beautiful serpentine Occamy caused problems for Newt, Tina, and Queenie when it was mistakenly freed in Fantastic Beasts and Where to Find Them.

This iridescent, plumed creature is generally very aggressive and overly protective of its eggs, which are composed of valuable pure silver. They can grow up to 15 feet in length, and are traditionally found in India. 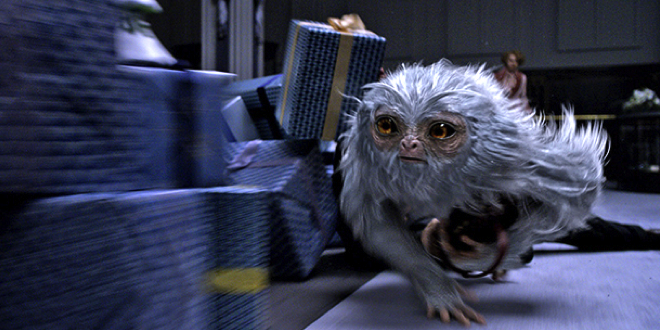 Fans met Dougal the Demiguise in the first Fantastic Beasts film — that is, when the elusive Dougal wasn’t busy being invisible. Demiguise are peaceful ape-like herbivores that are extremely difficult to catch due to their agility and the fact that they have precognition. The only sure-fire way to catch one is to be unpredictable.

Their pelts are highly valued because Demiguise fur can be woven into Invisibility cloaks.

One of the houses at Ilvermorny School of Witchcraft and Wizardry is named after the Thunderbird, a large avian creature native to North America, as seen in the first Fantastic Beasts film. They are related to the phoenix and can create powerful storms as they fly.

Thunderbird wings are incredibly strong and their feathers shimmer with iridescent colors. Thunderbird feathers can be used as magic wand cores but they are notoriously difficult to master.

This odd bird does not appear in any of the Fantastic Beasts films so far. The Jobberknoll closely resembles a blue jay, and is a small and largely silent bird most commonly found in North America and Europe.

It only ever makes sound in the moment before it dies, during which it screams out every sound it ever heard in reverse. Their feathers are used in truth serums and memory potions.

Newt Scamander encounters a rampaging Zouwu after it escapes from the Circus Arcanus in The Crimes of Grindelwald. This powerful feline beast is native to China and has a multicolored ruffled tail. It can travel 1,000 miles a day, and is incredibly fast and dangerous.

The one in the films was mistreated as a part of the circus act, but Newt is able to rehabilitate it as a part of his magical menagerie of creatures. 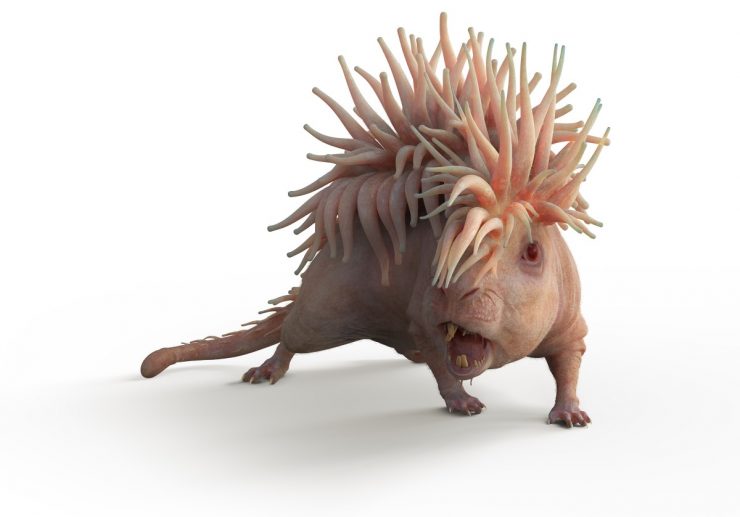 The Murtlap, a marine rat with large teeth, makes an appearance in the first Fantastic Beasts film, where it attacks the No-Maj Jacob Kowalski. It has tentacle growths on its back, and commonly will attack the feet of people who step on them.

Murtlap essence is often used to treat cuts and wounds, and comes from straining out the creature’s tentacles.

The Swooping Evil, despite its name, is not a violent creature. It appears in Fantastic Beasts and Where to Find Them as an ally to Newt and Tina. The reason why it is considered “evil” is because it feeds on brains and its skin deflects spells, yet its venom can be used to erase bad memories.

The Swooping Evil resembles a mixture of a snake and a large butterfly, and often rests in a small green cocoon shape.

Another mascot of the Ilvermorny School, the Wampus Cat has not appeared in the Wizarding World films just yet. This powerful magical cat is native to North America, and is considered nearly impossible to kill. Its eyes can induce hypnosis and explorers claim that the Wampus Cat is capable of Legilimency, the act of reading minds.

Its name may be based on the expression “cattywampus” which means scattered or askew. 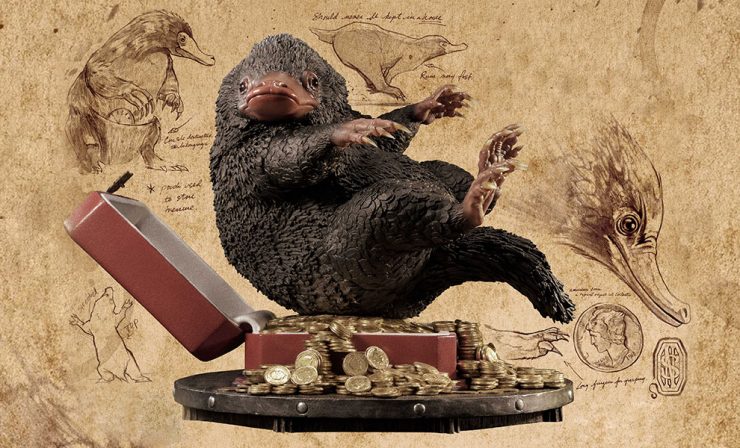 Arguably one of the biggest stars in the Wizarding World films, the Niffler appears alongside Newt wherever he goes, making trouble and stealing valuable objects with the use of its marsupial-like pouch.

Generally a harmless creature, Nifflers are attracted to shiny things, and their belly pouches can hold many more objects than should be possible for their size. They are gentle but mischievous, and make expert treasure hunters.

The lizard-like bloodsucking beast the Chupacabra appears in The Crimes of Grindlewald, as the short-lived companion of Gellert Grindelwald himself.

Its name comes from the Spanish “goat sucker” as it is believed to drink the blood of goats and other livestock in North America and Puerto Rico. In the film, it has six legs, dangerous spines, and incredibly sharp teeth.

Also known as the Irish Phoenix, the Augurey appears in Fantastic Beasts as a shy, mournful looking bird. Newt Scamander kept an Augurey in his apartment in 1927, and the bird was made the mascot for the Liechtenstein National Quidditch team.

Wizards believed that cries of the Augurey were an omen of death, which is why many people try to stay far away from these birds. Their feathers supposedly repel ink and cannot be used as quills.

Nowhere to be seen in the Fantastic Beasts films is the moke, a green and silver lizard that can shrink itself when threatened. In the novels, Rubeus Hagrid gave Harry Potter a mokeskin bag as a birthday gift, as the skin is highly valuable in the making of moneybags and purses.

Bags made of mokeskin can shrink at the approach of strangers, and once the owner puts something inside, only they can get it out.

These wide-eyed creatures have appeared in both Fantastic Beasts films, under the careful and tender watch of magizoologist Newt Scamander.  They have long necks, oversized eyes, and small bodies with webbed feet.

They are known to only emerge from their burrows during the full moon, and they perform complicated ritual dances that tend to leave crop circle patterns in wheat fields, confusing Muggles.

Billywigs are flittering, floating insects that are vivid blue in color. Their wings rotate extremely fast, giving the bug flight. They have a long stinger at the bottom of their bodies, and their stings induce dizziness, giddiness, and levitation.

Serious allergic reaction to Billywig stings can cause permanent floating, and their dried stings are used in Fizzing Whizzbee candies. Newt and Tina chase a Billywig through New York in the first Fantastic Beasts film.

These frightening cat-beasts make their appearance in the French Ministry of Magic in The Crimes of Grindelwald, known for their striking hairless appearance and bulging blue eyes.

Newt Scamander comments that typically these creatures are harmless, but when provoked they become violent and ferocious. After chasing Newt, Tina, and Leta Lestrange far enough out of the ministry, they revert into small black cats and retreat to the Ministry.

This dragon-like creature of lore does not make an appearance in the films, but was introduced to Harry Potter canon in Pottermore, the Wizarding World website.

It also is featured in the updated Fantastic Beasts and Where to Find Them book from 2017, noted for being a distant relative of the Occamy native to North America. It has a bulletproof hide, fangs made of serrated steel, and heartstring that has been used in Wizarding wand cores.

Which of these fantastic beasts is your favorite? Any other creatures that you hope to see make their debut in the remaining Wizarding World films? Let Your Geek Sideshow and tell us in the comments!

Check out Sideshow’s full offerings on the Wizarding World of Harry Potter collectibles, and add to your magical menagerie today! 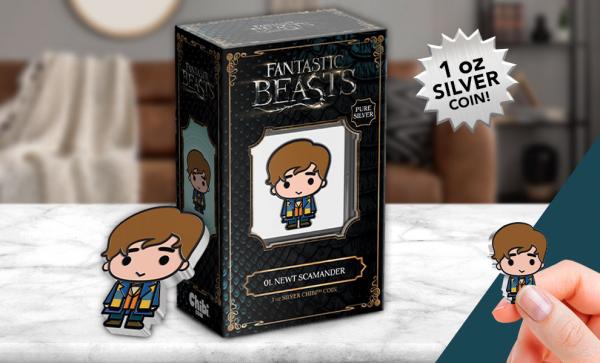 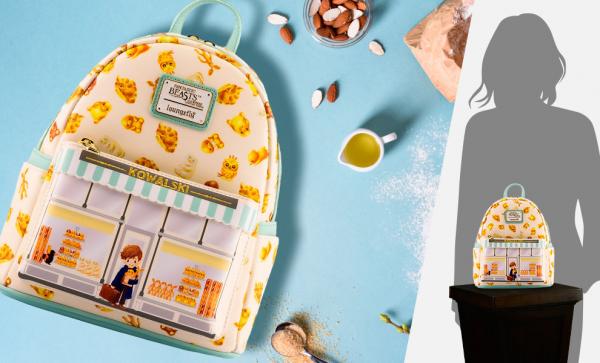