The Flash: Who Else Is Connected to the Speed Force? 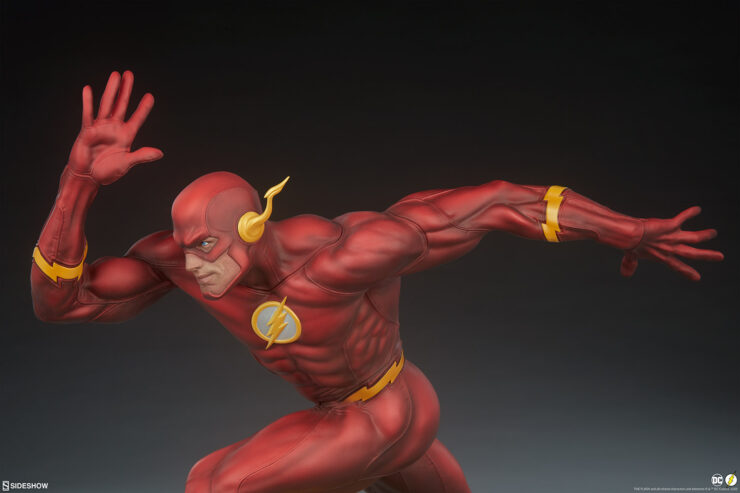 Barry Allen is The Flash. With a strike of cosmic lightning combined with a cocktail comprised of unclear chemicals, Barry Allen gained the ability to individually vibrate every single one of his molecules, generate lightning of his own, travel through time and between dimensions, access incredible strength and reflexes, use a superhuman metabolism, and of course, move at super speed.

All of his abilities are due to access to an unlimited sentient cosmic energy called the Speed Force. And while the TV series insists that he is the fastest man alive, there are many other speedsters in the DC Comics Universe than can tap into the the Speed Force even better than Barry Allen.

So without wasting another atto-second, let’s sprint ahead and discover who else is connected to the Speed Force. 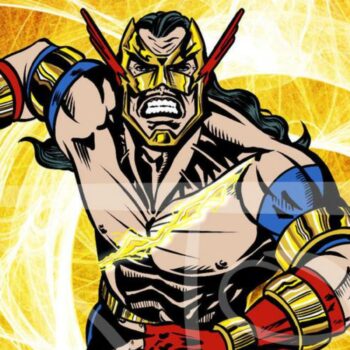 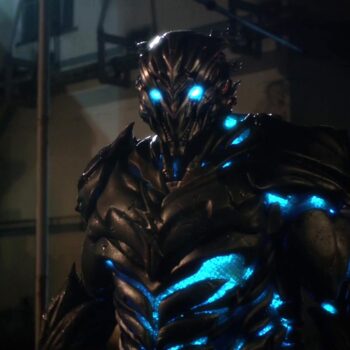 In the comics, Savitar was a pilot who flew through a storm, which activated and enhanced his meta genes, and allowed him to connect with the Speed Force. He called himself the God of Motion, and threatened the whole Flash Family. Eventually, he was forcefully trapped within the Speed Force itself.

In the show, Savitar was a time remnant version of Barry Allen who became listless after his friends wouldn’t accept him as a true Barry Allen. And so, he went back in time with the intent of becoming a God of Speed. He acquired countless artifacts and played with time as only he could. But it wouldn’t be enough until the “true” Barry Allen was erased completely, destroyed so that Savitar could ascend to Godhood. 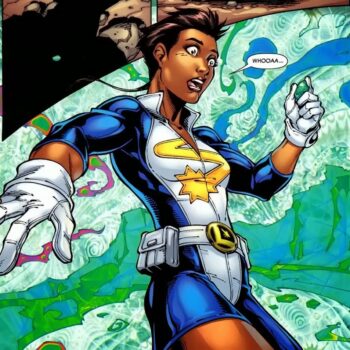 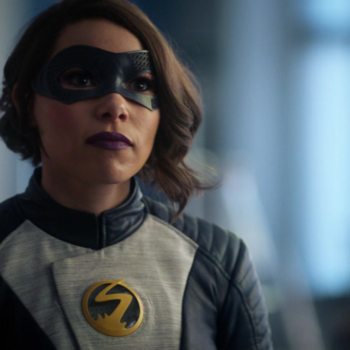 In the comics, Jenni Ognats is the granddaughter of of Barry and Iris Allen. She inherits the connection to the Speed Force through her mother, Dawn Allen. Her powers are strong enough to fight against Professor Zoom, and allow her to bounce back and forth between the past and the future whenever she needs.

In the show, XS is actually Nora Allen, the daughter of Barry and Iris Allen. Due to the uncertain Crisis, Barry wasn’t around and she grew up without a father. Iris raised her to be strong and clever, and eventually, she found her way back to the past so that she could learn how to use her speed from the father and hopefully save the world from the Crisis. Her sacrifice saved their entire timeline. 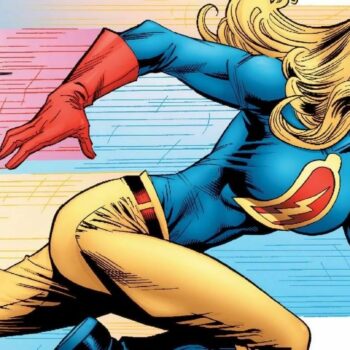 In the show, Jesse Chambers Wells becomes Jesse Quick after being hit by a dark matter wave from the S.T.A.R. Labs particle accelerator.  She learned to use her powers from The Flash and Jay Garrick, the first Flash. Her connection the Speed Force wasn’t based on a formula, but since she was a brilliant scientist, she was able to connect with it more mathematically than many of the other speedsters. 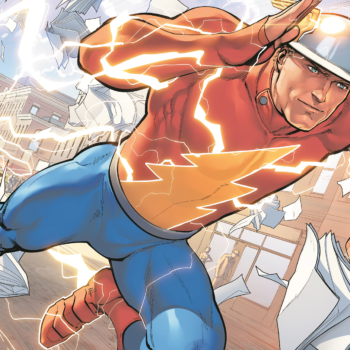 Jay Garrick was the first speedster in DC Comics. While in his original depiction, Jay could not even break the sound barrier, he’s become one of the fastest speedsters in all the comics. He was one of the founding members of the Justice Society of America, and he became a mentor to the rest of the Flash family with his wisdom and understanding of the Speed Force.

In the show, Jay Garrick plays an extremely similar role. Having found great peace on Earth-2, Jay Garrick is able to lend his advice and understanding to Barry Allen the Flash from Earth-1, and all the speedsters that need him. He is a brilliant and kind hero, with or without his superhero suit. 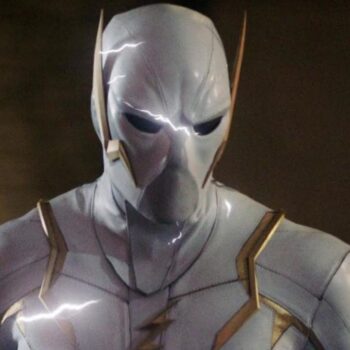 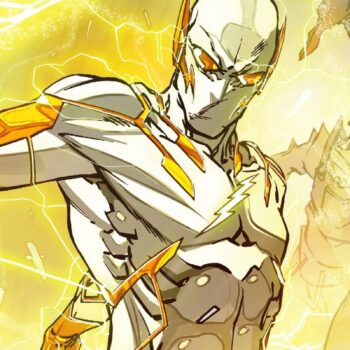 In the comics, August Heart was Barry Allen’s detective partner. He was the only witness to Barry’s accident. He saw his friend turn into the Flash. And after tracking down a criminal team called Black Hole, he was hit by a lightning bolt within a Speed Force Storm. He then made it his mission to get revenge of his brother’s killer. And then, to control all of the crime in the city, he stole all of the speed from other Speedsters that he could. But instead of jailing criminals, he killed them to end their reign of terror.

In the show, we don’t know who Godspeed is, only his clones. But we know he can steal speed from characters like XS, and we know he’s been able to make high-tech duplicates of himself. We will certainly see him in the future. 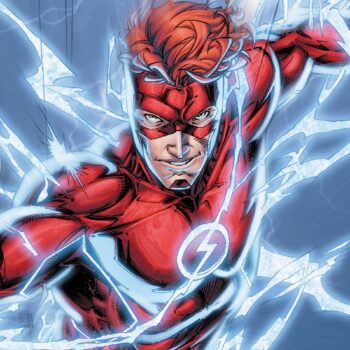 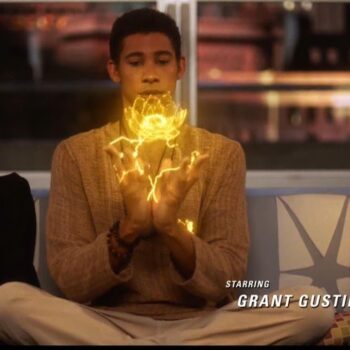 In the comics, Wally West is Barry Allen’s nephew, and the original Kid Flash. He was given the Speed Force the exact same way that Barry Allen got his powers, through an experiment gone wrong. After gaining his powers, and after the world lost Barry Allen, he became The Flash. In time, he would become faster than any other Speedster in the Omniverse.

In the comics, Wally West is Barry Allen’s brother in law. He gained his speed alongside Jesse Quick, and learned how to use his speed under the tutelage of Barry Allen. Just like in the comics, he’s shown to have an even greater connection to the Speed Force and has a much greater potential power. He is even able to use his speed to create controlled lightning constructs, like a flower, in his palms.

Who is your favorite speedster in DC Comics? What about The Flash TV show? Do you think you’re fast enough to catch up with all of our Flash Collectibles?

Let us know in the comments, and don’t forget to Let Your Geek Sideshow! 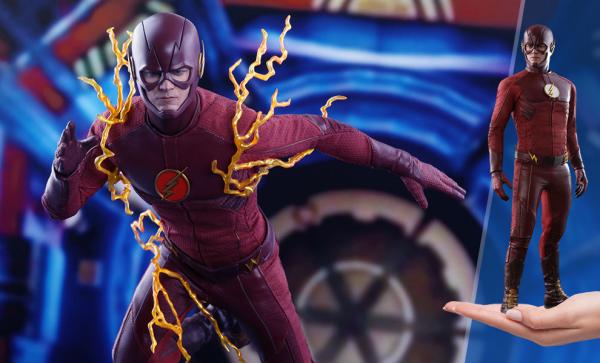