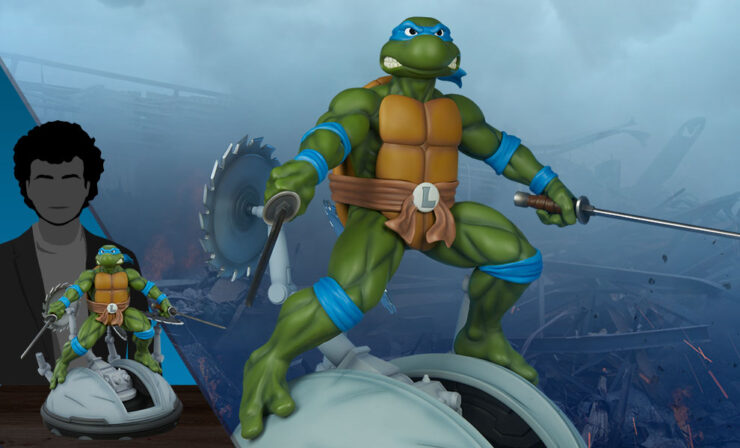 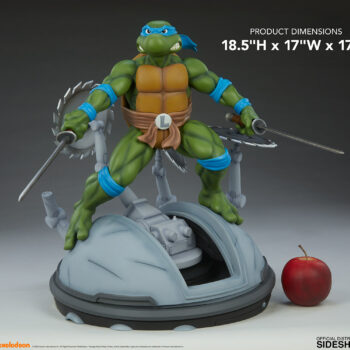 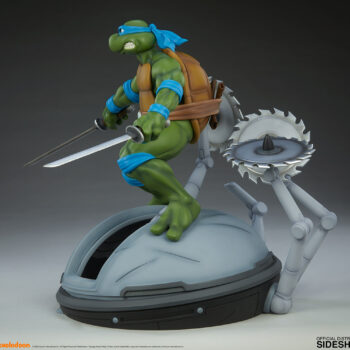 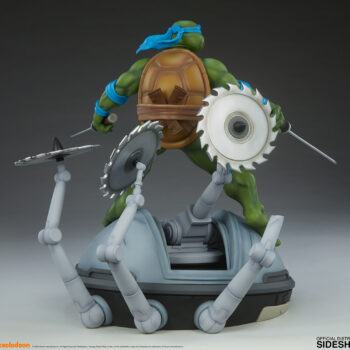 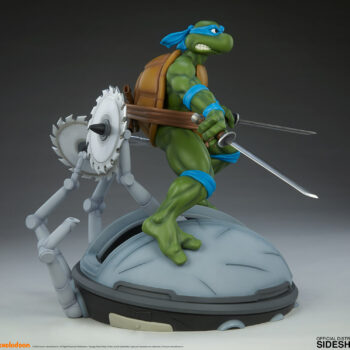 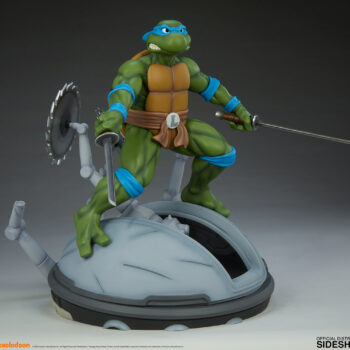 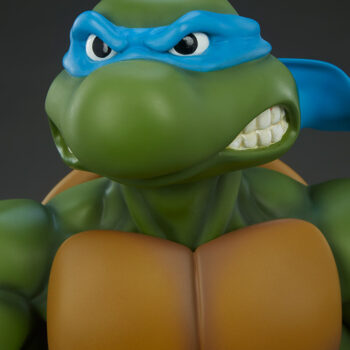 Lead the charge into Krang’s Dimension X stronghold with this totally tubular turtle! The Leonardo Statue measures 18.5” tall and 17″ wide as the team leader tackles a Technodrome defense robot, arms outstretched and ready to sever the bot’s lethal sawblades. 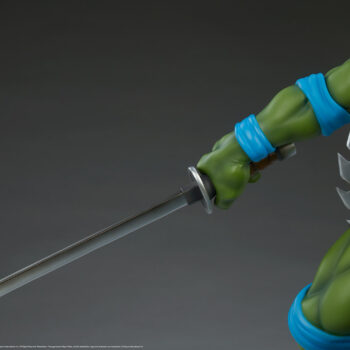 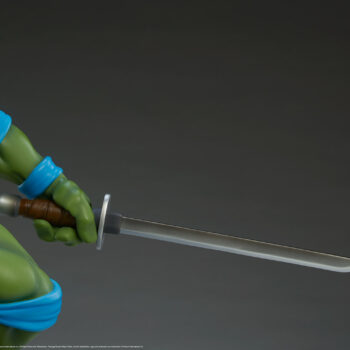 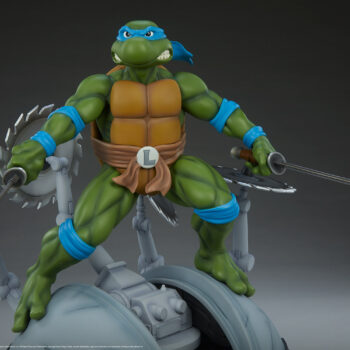 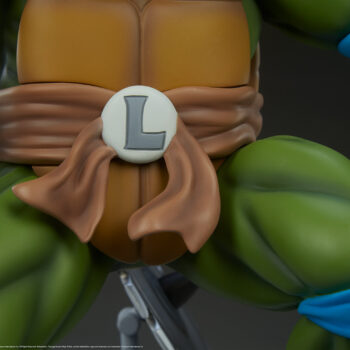 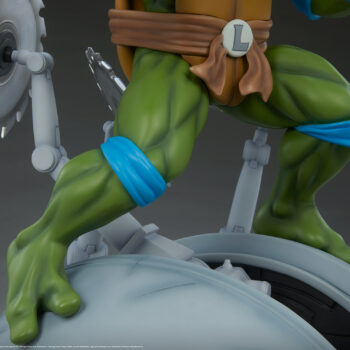 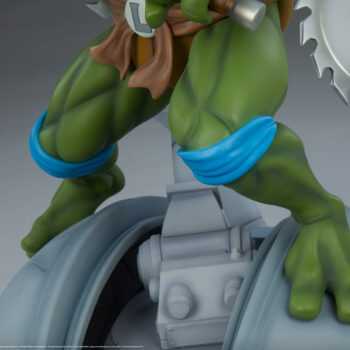 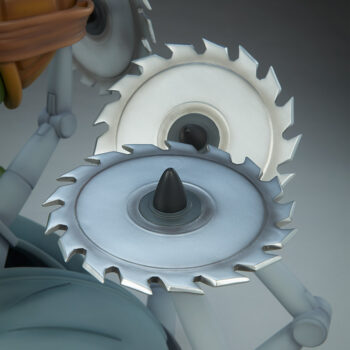 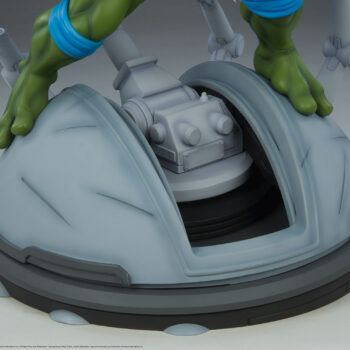 This energetic statue captures the cartoony style of the iconic Teenage Mutant Ninja Turtles, complete with a vibrant paint scheme and a muscular physique that brings the animated art style to life in a three-dimensional collectible format. The Leonardo Statue features his blue bandana and arm bands along with a belt and buckle with his initial in the center. The belt holds his katana sheaths against the back of his shell, as he brandishes the swords against his enemies with an action-ready scowl on his face. 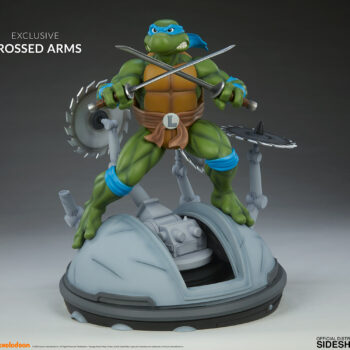 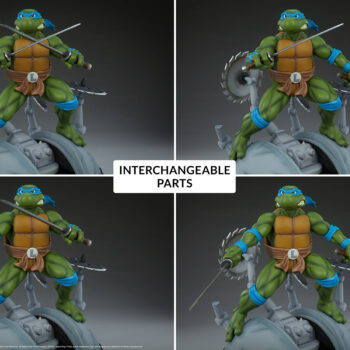 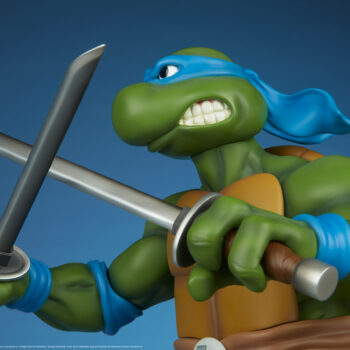 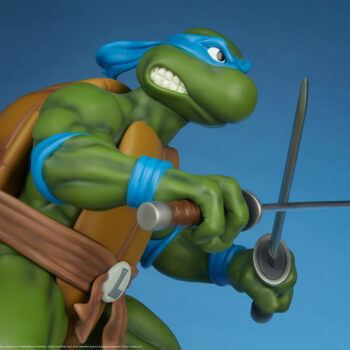 The Exclusive Edition of the Leonardo Statue includes an additional set of crossed arms, giving you even more options for display. These gesture arms can be displayed independently of one another, giving you multiple configurations for Leo’s sword-holding stance. 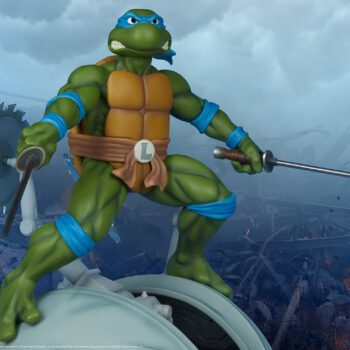 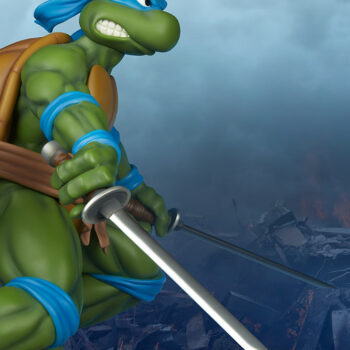 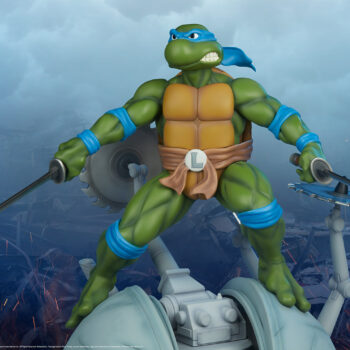 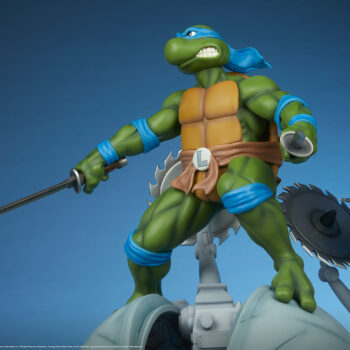