Everything old is new again. In no other universe is that more true than in Star Wars™. With decades of old legends stories ripe for the picking, it’s only a matter of time before some choice characters, planets, and concepts are given a quick shine and canonized once more.

The Mandalorian’s second season had no shortage of similar fun surprises for fans, from the return of Boba Fett to the live-action debut of Ahsoka Tano. However, there was one thing from the legends era that made many long-time fans do a double-take. The canonization of Dark Troopers in the season finale.

So what’s their story? Where did this monstrous metal army come from originally? For that, we need to dive into the history of Star Wars games.

A Long Time Ago On A PC Far, Far Away…

Dark Troopers were originally created for the Lucas Arts 1995 video game, Dark Forces. It was the very first first-person shooter video game set within the Star Wars universe. In it, players controlled Kyle Katarn, a rough and tough mercenary (and future Jedi) employed by the Rebel Alliance. After the destruction of the first Death Star, Kyle is given a mission to investigate reports of a new type of Stormtrooper that assaulted and completely decimated a rebel base.

It’s not long before he finds evidence of the Dark Troopers, state-of-the-art battle droids designed to look like Stormtroopers on performance enhancers. Built with a lightsaber and blaster resistant metal, just one Dark Trooper was basically the equivalent of a tank, and able to destroy a whole battalion of rebel fighters by itself.

The project was the brain-child of General Rom Mohc, a highly decorated imperial officer who had been given the funding for his pet project after the failure of the first Death Star. His goal was to build a better army for his Emperor, with robotic soldiers far stronger than the standard enlisted trooper. 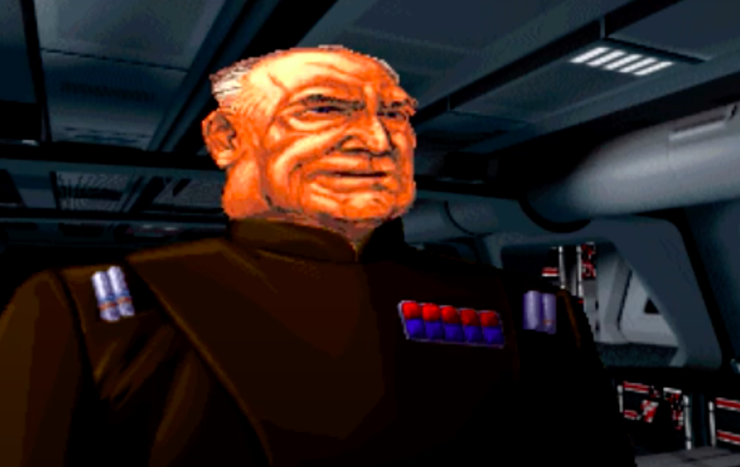 And he would have succeeded too, if it weren’t for those meddling rebels. Kyle Katarn managed to find his way to the Arc Hammer, a hidden starship that doubled as the factory where the Dark Troopers were manufactured. There he confronted Rom Mohc, defeated the General in single combat, and destroyed the Arc Hammer so that no more Troopers could be produced.

They Come In Phases

It took a few tries for Rom Mohc to perfect his vision for the ultimate soldier. As such, the Dark Trooper program went through three phases.

The Phase One Dark Trooper didn’t look like a Stormtrooper much at all. It was more of a skeletal droid that was used solely for defending imperial strongholds, like mines and some remote military stations. It also had no ranged attack capabilities, as the droids had permanent shields and swords attached to their hands. 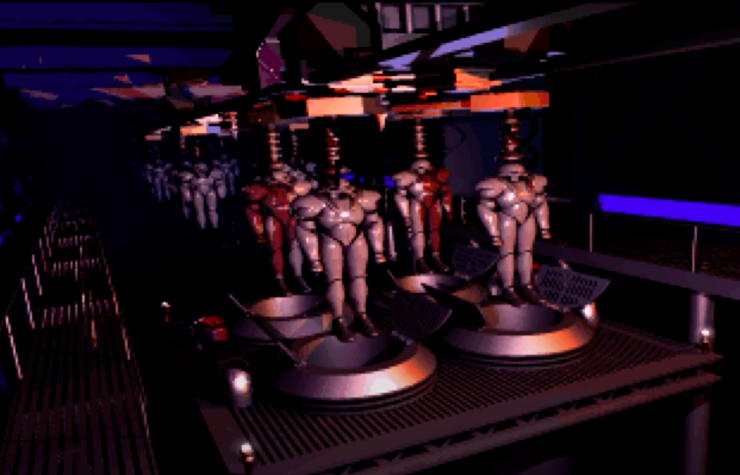 The Phase Two version was the most mass-produced, and what most fans probably picture when they think about a Dark Trooper. A hulking beast of a droid, decked out in a dark gray version of that recognizable Stormtrooper armor and helmet. They were very resilient to damage, and usually armed with a nasty assault cannon and a jump pack for high maneuverability.  These things were terrifying, and it only took a couple of them to wipe out an entire rebel base.

The Phase Three Dark Trooper was the most ambitious model, and by far the most powerful. This was because it was not only a droid, but also an exoskeleton power-suit that could be worn into battle by imperial officers. Larger than the Phase Two trooper, this intimidating droid/armor hybrid was reputed to be indestructible. However, (and luckily for the Rebel alliance) this turned out not to be the case. In his one-on-one fight with Kyle Katarn, General Mohc donned this special armor himself to gain an upper hand, but was still defeated by the mercenary.

Canon Again After All These Years

A new “Phase Zero” Dark Trooper showed up in the Star Wars: Battlefront games. These new versions were old Clone Troopers who had been modified with cybernetic parts to make them more machine than men. To be honest, we can’t think of a greater insult to a clone than to be turned into a droid… 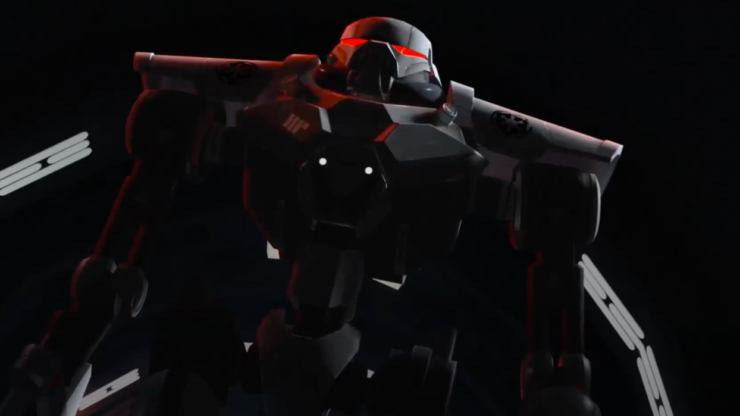 In Star Wars Rebels they introduced Imperial Sentry Droids (pictured above) who were an obvious homage to the designs from the original game.

But it wasn’t until last year’s season of The Mandalorian where we got to see the new, official, Dark Troopers threaten everyone’s beloved baby Grogu. The Dark Troopers retained a lot of their original menace, and that heart-stopping season finale showed them giving our brave heroes a run for their money. While this version still sported blaster resistance, they were thankfully NOT lightsaber-proof.

Let’s just hope, for Mando’s sake there are no Dark Trooper backups, or worse … upgrades in future seasons.

So, which other Star Wars legends characters would you like to see come back to canon in the future? Let Your Geek Sideshow and leave a comment below!