Peter Parker is a hard working photojournalist by day, and also Spider-Man by day, and also a student, and honestly, he’s a whole lot of things all at once. Somehow, through it all, he seems to find time to make incredible inventions, participate in global heroism with the Avengers, and yes, even fall in love.

Peter Parker’s most notable romances have been with Gwen Stacy, Felicia Hardy, and Mary Jane Watson- three incredible women who each have their own strengths, from actual super powers to smarts, charm, and attitude to boot. Many Marvel fans stand divided over which of the three women are “the one” for Peter Parker, and this topic has been the subject of numerous debates, What If? comics, and more.

Let’s swing into Spider-Man‘s love life and meet each one. 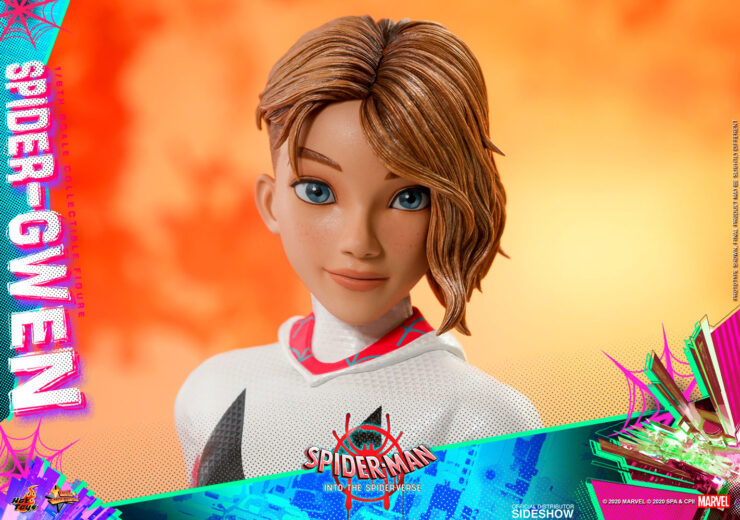 Gwen Stacy is a character with a complicated history, whether you’re in Earth-616 or any alternate universe. What’s important is that Gwen and Peter have known each other since high school, and they had on and off relationships for most of their history.

Through it all, Gwen has been an incredible supportive person in his life, even if she didn’t completely understand Peter’s incredible double life. She seemed to prefer Peter Parker to Spider-Man, and never wanted to see him in all the danger and disaster that went along with the job.

Unfortunately, being associated with Spider-Man put Gwen Stacy in harm’s way, and at the end of the day, Spider-Man couldn’t save her. She has been resurrected in alternate universe stories and even cloned before, so Gwen isn’t really gone for good. But ultimately, her fear that being Spider-Man proved dangerous for Peter Parker coincidentally put her right in the line of fire. 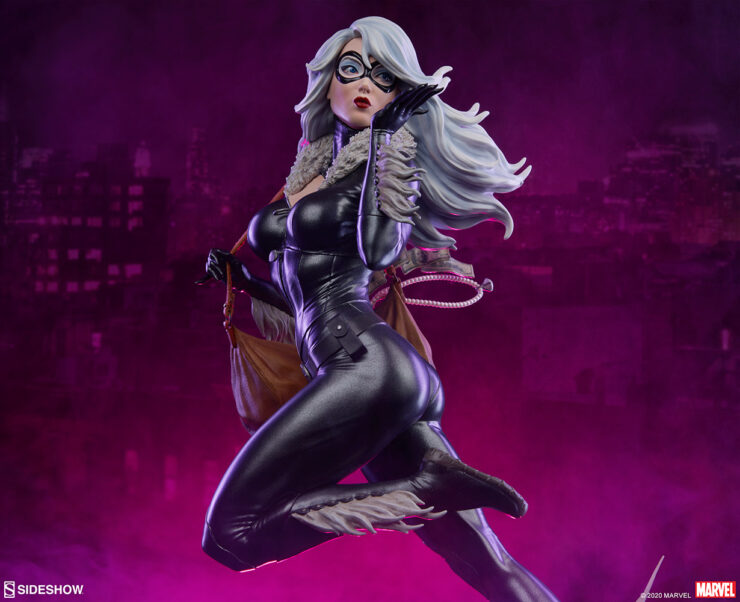 Felicia Hardy is better known as Black Cat. She’s mischievous and deceptively skilled. She has the ability to change the probability of any given situation by emitting energy that causes “bad luck”, whether that’s Spider-Man’s web not sticking somewhere, or maybe a lock being just finicky enough to break.

She adores toying with Spider-Man, and though she cares for him deeply, she cares little for Peter Parker. She seems to love pulling Spider-Man into more devious deeds, always wanting him to bend his morals just for her. And though she still has a place in Spider-Man’s heart, it wasn’t meant to last.

Black Cat even showed a special affinity for Peter Parker’s darker “Black Suit” persona, going so far as to tailor him a non-symbiote version of the suit once he was separated from the alien entity. For a time, being with Spider-Man inspired her to become an antiheroine, but ultimately she returned to her life of crime when she and Peter split ways. Still, Felicia always represents a bit of danger whenever she crosses Spider-Man’s path. 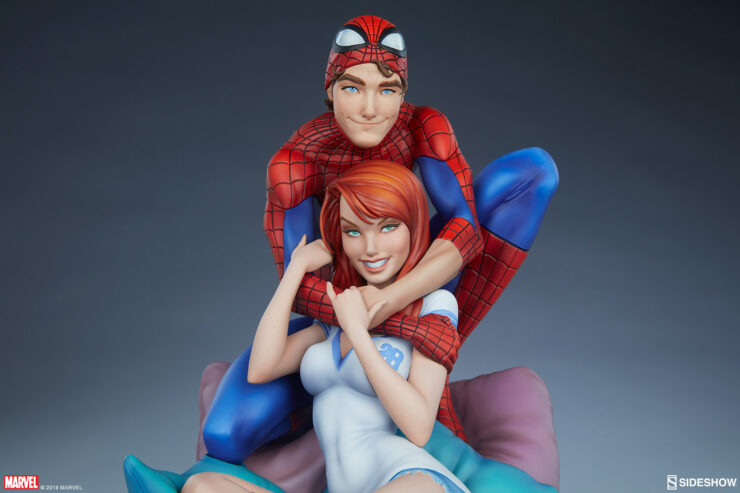 Mary Jane Watson lived right next door to Aunt May and Peter Parker for many years, and Aunt May thought that she was just the perfect girl for Peter. May tried to set them up plenty of times, but eventually, they got together.

MJ was clever, and she knew nearly right away that he was Spider-Man — and wouldn’t you, seeing Peter run in through the door and Spider-Man swing out through the window? MJ always believed in both Spider-Man and Peter. She was his lightning rod and his rock, and supported him through the toughest moments both in and out of the mask.

Face it, Tiger… Mary Jane is the only love interest who has truly understood both sides of Peter Parker. And that’s why they’re married in LOTS of universes, not just Earth-616! In some stories, the two of them have spider-powers, raising a daughter and saving the day together. Writers have also explored the ramifications of splitting up this beloved duo, like in the infamous “One More Day” storyline.

Through it all, most fans think that with Mary Jane, Spider-Man truly hit the jackpot!

(You can celebrate their relationship with the Spider-Man and Mary Jane Maquette, based on the incredible artwork of J. Scott Campbell!)

Which Spider-Man romance is your favorite? Let us know in the comments, and don’t forget to Let Your Geek Sideshow!