20th Century Fox has released an official trailer for Shane Black’s upcoming reboot The Predator, and they’ve unleashed the ultimate threat to humans and hunters alike.  According to the new poster, the hunt has evolved, and fans will see a Yautja Predator fighting a losing battle against an even bigger, stronger, deadlier threat- the Ultimate Predator. 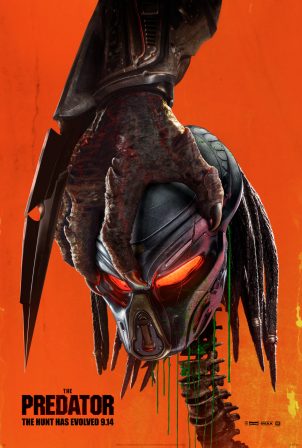 The aliens have been using DNA from hunted species to genetically improve and modify themselves, resulting in this new terrifying threat.  When the Predators crash-land on Earth, all of humanity will get caught in the dangerous crosshairs.


The Predator stars Sterling K. Brown, Olivia Munn, Boyd Holbrook, and more.  We can’t wait for The Predator to open in theaters on September 14th!  Will you be watching?  Let us know if the comments!